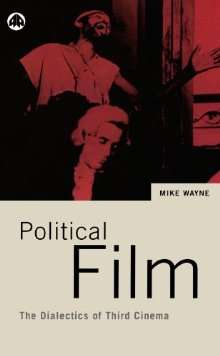 Third Cinema is a cinema committed to social and cultural emancipation. In this book, Mike Wayne argues that Third Cinema is absolutely central to key debates concerning contemporary film practices and cultures. As a body of films, Third Cinema expands our horizons of the medium and its possibilities. Wayne develops Third Cinema theory by exploring its dialectical relations with First Cinema (dominant,commercial) and Second Cinema (arthouse,auteur). Discussing an eclectic range of films, from Evita to Dollar Mambo, The Big Lebowski to The Journey, Amistad to Camp de Thiaroye, Political Film explores the affinities and crucial political differences between First and Third Cinema. Third Cinema’s relationship with Second Cinema is explored via the cinematic figure of the bandit (Bandit Queen, The General, Eskiya). The continuities and differences with European precursors such as Eisenstein, Vertov, Lukacs, Brecht and Walter Benjamin are also assessed. The book is a polemical call for a film criticism that is politically engaged with the life of the masses.

About the Author
Mike Wayne lectures at Brunel University and is the editor of Dissident Voices, also available from Pluto Press.