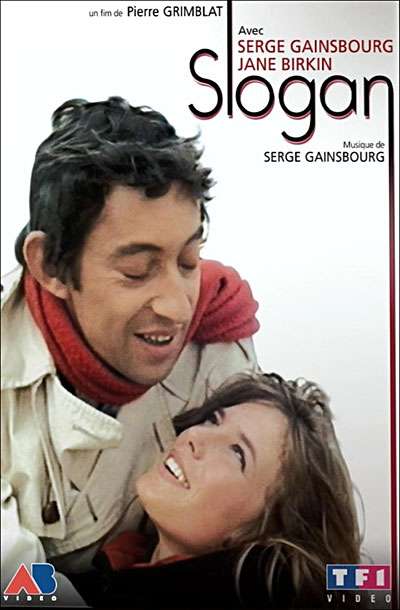 A successful ad man engages in illicit affairs in this romantic comedy satire. Serge (Serge Gainsbourg) is an annual winner at the advertising awards festival held annually in Venice. When he meets the pretty British woman Evelyne (Jane Birkin), he sets her up in an apartment and plans to leave his pregnant wife. The newfound love of the immensely shallow couple is shattered when Evelyne runs off to marry a speedboat racer. Serge continues working for the advertising firm and continues his search for love affairs without commitment Quote:
Pierre Grimblat’s SLOGAN was released in late 1969 to solid business in France and it remains a pop culture curiosity that featured an early screenwriting credit from Melvin Van Peebles and an astonishing score by Gainsbourg himself. It is often said of this film that you can literally watch Jane and Serge falling in love with each other in front of the camera. SLOGAN is an extremely underrated fun film that would greatly benefit from a legitimate dvd release.