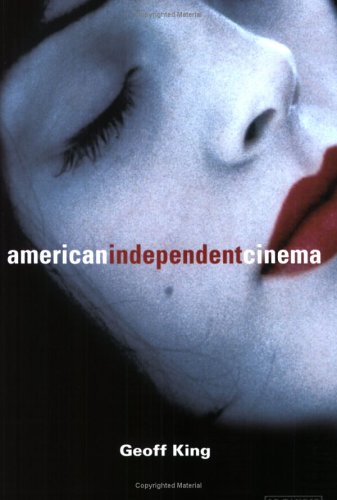 Review
“Geoff King’s important book stands with the best scholarship I have seen on this vital, constantly evolving subject.” — —David Sterritt, author of The Films of Alfred Hitchcock

“In its dialectical relationship with the commercial mainstream, the independent film is distinguished by its more complex or decentered narrative structure. This hardheaded study, full of stats and stories, starts with the industrial context in which the US’s independent cinema has operated, especially since the mid, 1980s — an institutionalization that, according to King, makes it ‘easy to over — romanticize an earlier and supposedly purer notion of independence.’ The study springs to life in its close analyses of individual films and directors. It is even more valuable for its treatment of minor works than for its insights into the work of John Cassavetes and David Lynch, especially on the distinguishing formal devices. One chapter applies genre theory to this diversity.
The chapter on ideology rounds up the usual suspects — black independents, gender/sex alternatives, the Left — but allows for films that reinforce the mainstream. Although Steven Soderbergh shuttles between the big studio and the small indie, others (e.g., Harmony Korine and Todd Verow) exemplify the more characteristic inassimilable.. mavericks. King is so thorough and insightful one should forgive his presenting the Coen brothers as the Cohens. Summing Up: Highly recommended. Lower — division undergraduates through faculty and professionals.” — M. Yacowar, University of Calgary, 2006feb CHOICE

Product Description
The independent sector has produced many of the most distinctive films to have appeared in the U.S. in recent decades. From sex, lies and videotape in the 1980s to The Blair Witch Project and New Queer Cinema in the 1990s and the ultra–low budget digital video features of the 2000s, indie films have thrived, creating a body of work that stands out from the dominant Hollywood mainstream. But what exactly is “independent” cinema?

In American Independent Cinema, Geoff King argues that independence can be defined partly in industry terms but also according to formal and aesthetic strategies and by distinctive attitudes toward social and political issues, suggesting that independence is a dynamic rather than a fixed quality. Chapters focus on distribution and relationships with Hollywood studios, narrative and other formal dimensions, approaches to genre, and alternative sociopolitical visions. King also traces the history of the independent sector from the days of early cinema through the beginning of the 21st century.

About the Author
Geoff King is Senior Lecturer in Film and Television Studies at Brunel University. His books include New Hollywood Cinema: An Introduction; Spectacular Narratives: Hollywood in the Age of the Blockbuster; and Film Comedy.