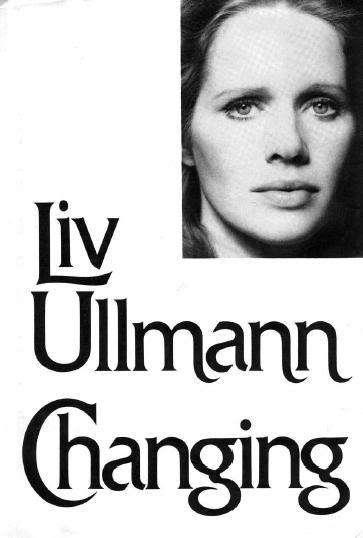 She opens herself to us as she writes about working with Bergman (“No studio is as silent as his… To film with Ingmar is long stretches of happiness where everything seems real”): about living with Bergman (“His dream was the woman who had been created in one peice, but I crumbled into bits and pieces if he wasn’t careful”):about travelling with him: about his monumental genius and idiosyncrasies; She lets us feel the almost overwhelming flow of her own feelings for her young daughter; She tells us about her first love, about the husband she left, the family she came from, the people she relies on..