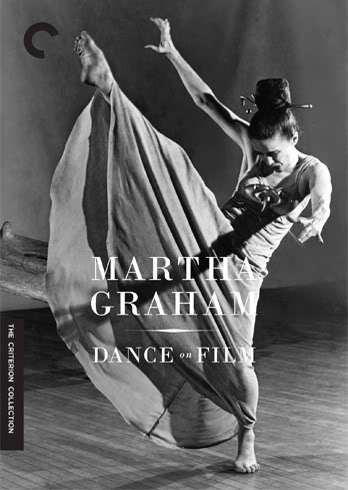 Synopsis
One of the great artistic forces of the twentieth century, performer, choreographer, and teacher Martha Graham influenced dance worldwide. Criterion presents a sampling of her stunning craft, all collaborations with television arts-programming pioneer Nathan Kroll. A Dancer’s World (1957), narrated by Graham herself, is a glimpse into her class work and methodology. Appalachian Spring (1958) and Night Journey (1961) are two complete Graham ballets, the first a celebration of the American pioneer spirit, scored by Aaron Copland, the second a powerfully physical rendering of the Oedipus myth. These are signature Graham works and tributes to the art of the human body.