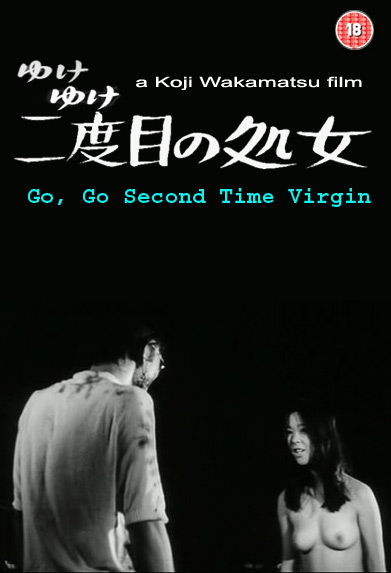 Synopsis
Prolific Japanese filmmaker Koji Wakamatsu’s Go, Go Second Time Virgin tells the tale of two Japanese teens brought together by sexual violence, revenge, and rebellion. A girl (Mimi Kozakura) is forcibly carried to a rooftop and gang-raped, as a boy of similar age (Michio Akiyama) stands to the side watching the events unfold. The boy remains on the roof until the next morning, waiting for the girl to wake. When she does finally rise, the two teens begin sharing intimate details about their lives, including the fact that the boy has recently killed four people that forced him to take part in an orgy. As the two kindred spirits sink lower and lower into depression and delusion, they exact revenge for the crimes against the girl and take a bold, tragic step to end their misery once and for all.
~ Ryan Shriver, All Movie Guide