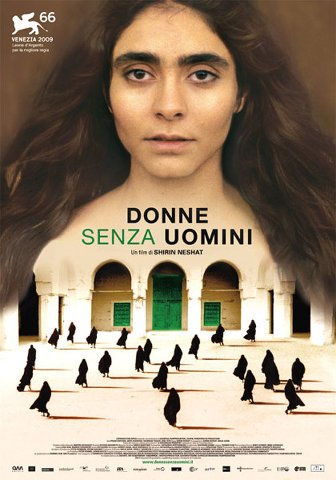 WOMEN WITHOUT MEN (Winner of the Silver Lion for Best Director and the UNICEF award at the Venice Film Festival 2009), an adaptation of Shahrnush Parsipur’s magic realist novel, is acclaimed Iranian artist, Shirin Neshat’s, first feature length film. It is an incisive and sumptuously filmed reflection on the pivotal moment in history that directly led to the Islamic revolution and the Iran we know today. The story chronicles the intertwining lives of four Iranian women during the summer of 1953; a cataclysmic moment in Iranian history when an American led, British backed coup d’état brought down the democratically elected Prime Minister, Mohammad Mossadegh, and reinstalled the Shah to power.

Over the course of several days four disparate women from Iranian society are brought together against the backdrop of political and social turmoil. Fakhri, a middle aged woman trapped in a loveless marriage must contend with her feelings for an old flame who has just returned from America and walked back into her life. Zarin, a young prostitute, tries to escape the devastating realization that she can no longer see the faces of men. Munis, a politically awakened young woman, must resist the seclusion imposed on her by her religiously traditional brother, while her friend Faezeh remains oblivious to the turmoil in the streets and longs only to marry Munis’ domineering brother.

As the political turmoil swells in the streets of Tehran, each woman is liberated from her predicament. Munis becomes an active part of the political struggle by plunging to her death. Fakhri frees herself from the chains of her stagnant marriage by leaving her husband and purchasing a mystical orchard in the outskirts of the city. Faezeh is taken to the orchard by Munis to face her own awakened self where Zarin has found solace in her communion with the land. But it is only a matter of time before the world outside the walls of the orchard seep into the lives of these four women as their country’s history takes a tragic turn. (-Artificial Eye) 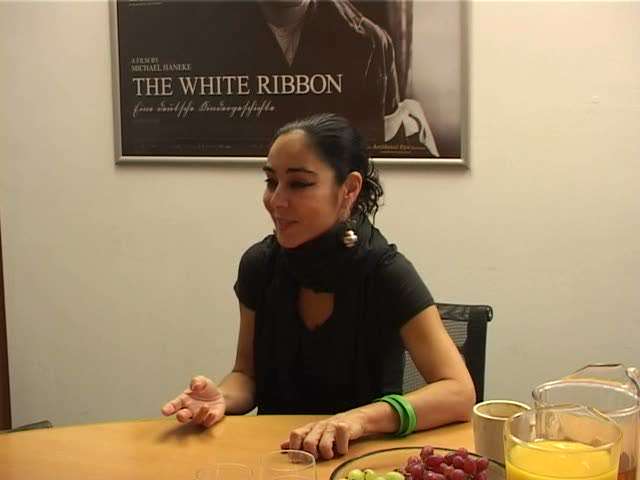 Previous: Lav Diaz – Hesus rebolusyonaryo AKA Hesus the Revolutionary (2002)
Next: Zeki Demirkubuz – Yeralti AKA Inside (2012)