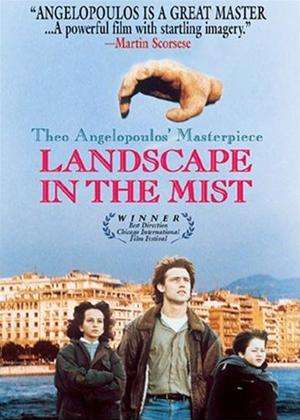 SYNOPSIS
from Angelopoulos’ website
LANDSCAPE IN THE MIST is a film about the void. It is a film about despair, about the failure of contemporary society. The prodigal father who figures in almost every Angelopoulos film here has evaporated into his mythical essence – leaving his children to become the wanderers in search of him. In the «chaos», two children appear, little Alexandros and his older sister Voula. In order to exorcise their loneliness, they invent a secret universe for themselves, inhabited by their dreams. Every night they go to a train station to watch the departure of a train to Germany, where they have been deceived by their mother (herself an off-screen presence) into believing that their absent father is living. One night they finally dare to get on the train. But their voyage turns out to be hazardous and pointless and disappointing. They confront suffering, physical and moral illness, jealousy, evil and death, if also love – as many ordeals and rites as initiations. Evading the half-hearted pursuit of the police and uncaring relatives, sneak onto trains, hitchhike in vans and lorries, and suffering poverty, rape and exploitation, take a dangerous leap of faith, an eerie plunge into liberation and danger. The familiar Greek landscape – the cafes, the depopulated towns and deserted beaches – are played for a strangely harsh fairytale quality, seen through the eyes of two children whose introduction to the real world borders on the surreal. The film is filled with extraordinary, unforgettable moments that are at once real and hallucinatory and contains intriguing references to other Angelopoulos’ films. The children even encounter the Travelling Players now, thirteen years later, without a stage to act on, their costumes put up for sale. At the end Alexandros tells Voula the same story from Genesis that she told him at the start: «In the beginning there was chaos.» The children do finally reach the border, but of course there is no border with Germany and perhaps the river they cross is actually the Styx and perhaps their whole journey was a search for order in a chaotic world. 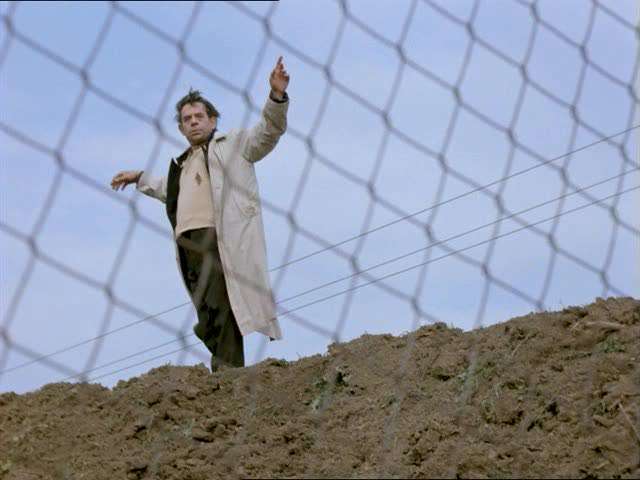 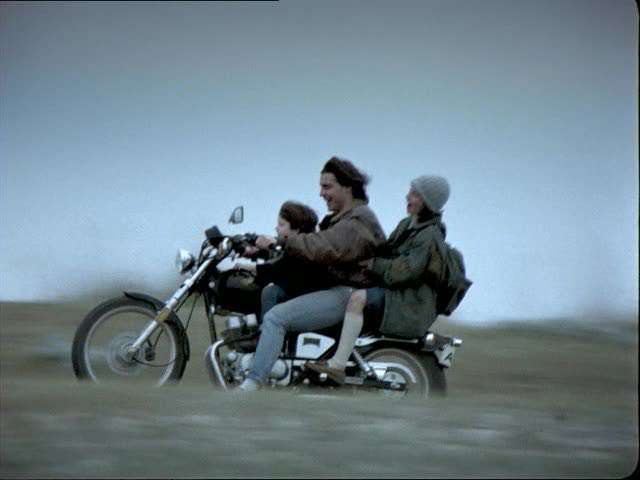 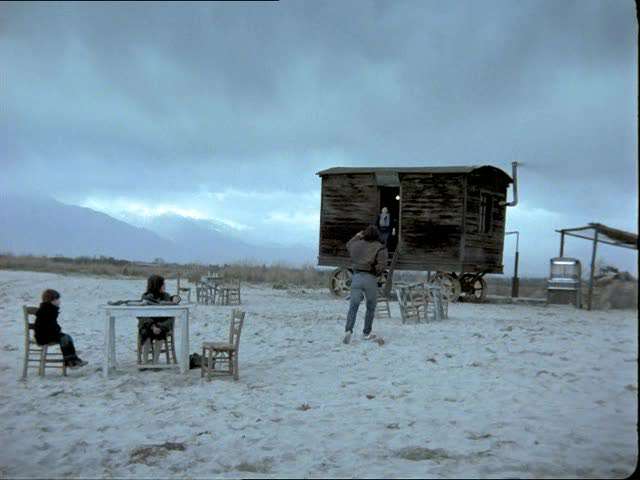 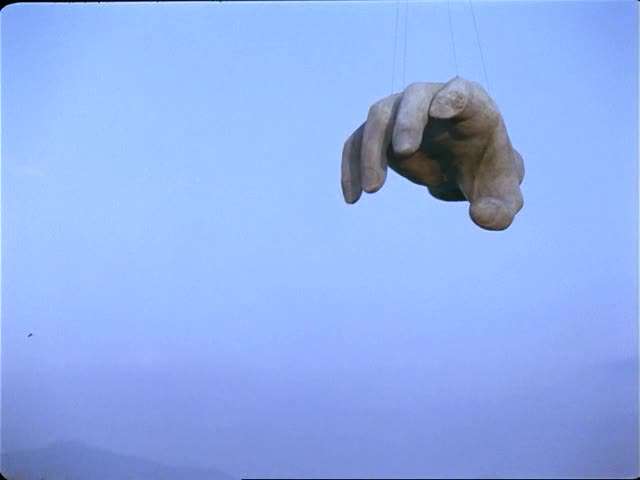 Language:Greek
Subtitles:english and french; srt and idx/sub for both languages