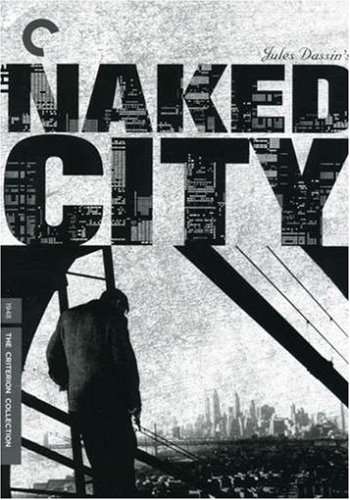 Plot Synopsis:
Young model Jean Dexter is knocked unconscious and drowned in her own bathtub in her Manhattan apartment, and a lot of jewelry that she supposedly owned is missing. The Naked City is actually about six days in the life of New York City that coincide with the murder and the subsequent investigation by Lt. Dan Muldoon (Barry Fitzgerald) and Detective James Halloran (Don Taylor). The account of their work, and the workings of the New York City police department, is interspersed with brief vignettes about the life of the city around them, and, especially, the reaction of residents to the murder and the newspaper reports of the progress of the case. Muldoon and Halloran first must determine why she was killed, which may (or may not) have to do with how a woman with a minimal income came by the jewelry — was it a love affair gone bad (and if so, with whom?), or something more complex and sinister? Retracing the final 18 months of the victim’s life, their investigation reaches out to a mysterious “Philip Henderson” with whom she was supposedly linked romantically, and to Frank Niles (Howard Duff), who’s a little too fast-and-loose with the truth when he doesn’t have to be to make Muldoon comfortable; to make things more complicated, Muldoon determines that there were at least two men involved with the actual commission of the murder. The victim turns out to have led a wild life, filled with men and parties, and was tied up with several sordid figures. Their investigation carries them into the highest and lowest ends of New York’s social strata to find the killer, and it turns out there are a lot of interlocking reasons why at least three men might’ve wanted her dead. In the process, we get glimpses of the private lives of the detectives, which was something new in movies at this time; in the midst of all of this activity, the writers set up a fascinating contrast, in adjacent scenes, between Halloran, his wife, and their young son looking toward the future, with the parents of the dead woman, looking back with bitter regret and recriminations — no movie ever presented in more subtle fashion the contrast between the zeitgeist of the 1930s and that of the postwar era. The final chase on the Williamsburg Bridge is one of the classic pieces of suspense cinema, as the armed and desperate killer races up the walkway past children playing and adults strolling, while detectives close in on foot from behind and patrol cars come up from ahead, with crowded subways rolling past, and then into the superstructure of the bridge for a stand-off and shootout. Sharp-eyed viewers will spot future character leads Paul Ford, James Gregory, John Marley, Kathleen Freeman, and Arthur O’Connell as well as familiar faces Tom Pedi, John Randolph, Molly Picon, and Walter Burke in the supporting cast. Cinematographer William Daniels and editor Paul Weatherwax won Oscars for their work, but awards might just as easily have been presented to director Jules Dassin, writers Albert Maltz and Malvin Wald, composers Miklos Rozsa and Frank Skinner, and, most notably, to producer/narrator Mark Hellinger, who intoned the closing monologue, which opens with one of the most famous tag lines in movie history: “There are eight million stories in the Naked City.” – Allmovie Guide