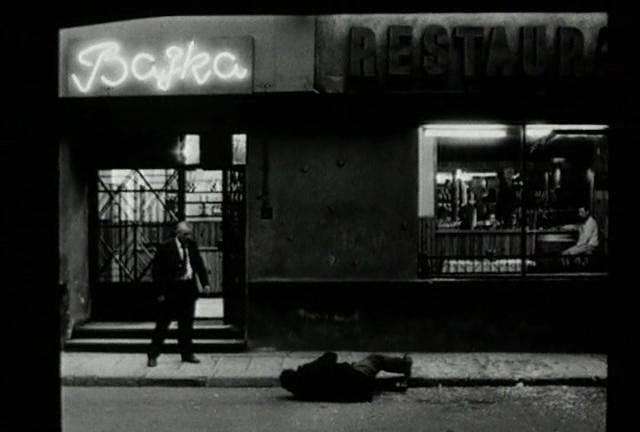 Wojaczek is a charming, maddening poète maudit whose every waking moment is a rebellion against the world around him. That world, Poland in the late 1960’s — the real Wojaczek died in 1971, at the age of 26 — is presented in gorgeously grim black and white. Mr. Majewski’s camerawork has an almost classical austerity, and for its first half the movie seems as static and distant as his shots. But just as Wojaczek’s nihilism has a core of passionate wit, so too does the movie as it moves deathward, picking up glimmers of humor amid the gloom. The funniest scenes — which might have come from the imagination of Jim Jarmusch or the young David Lynch — take place at a cavernous literary cafe, where a band called the Secret performs deadpan pop tunes while Wojaczek glowers and rants. Mr. Majewski’s view of him is candid, but also unmistakably romantic; he would rather present Wojaczek’s enigma than unravel it.

“Wojaczek (1999)” is an irreverent and wickedly funny film that can be roughly classified as an absurdist biopic. “Wojacek” is about a mentally unstable and self destructive poet. The film is based on the life of Rafal Wojaczek, the great Polish poet who took his own life in 1971 at the age of 26. Wojaczek inspired future generations of Polish poets who struggled against the shackles of communism. Interestingly enough, instead of using an experienced actor, the film stars a modern poet, Kryzystof Siwczyk, who is utterly convincing in the title role. In his debut, he even managed to get nominated for best actor at the European film awards. Rafal Wojaczek is depicted as an iconoclastic rebel in the film. When he isn’t writing great poetry or making profound statements, he is creating chaos or trying to kill himself. The only three people who seem to be able to tolerate any prolonged exposure to him are Mala, a caring nurse and Wiktor, an old drunk. The utterly spontaneous Rafal does anything he wants at all times– like having passionate sex standing up with his nurse girlfriend in the hospital. This happens right after she berates him for not going to church with her. Rafal’s erratic behavior seems to be in part a response to communist oppression and repression, and there is some sly political commentary in the film. At one point, we see a sign which reads “The Party Steers All Energy,” and the film jumps to an ironically placed scene with a couple pushing a car. The make-it-up-as-you-go-along aesthetic and the grainy look of the film reminded me of Vincent Gallo’s works, but “Wojaczek” has a decidedly original vision. In today’s world of cookie cutter films, it’s increasingly rare to see a film that is so startlingly unconventional and boldly infomercial. 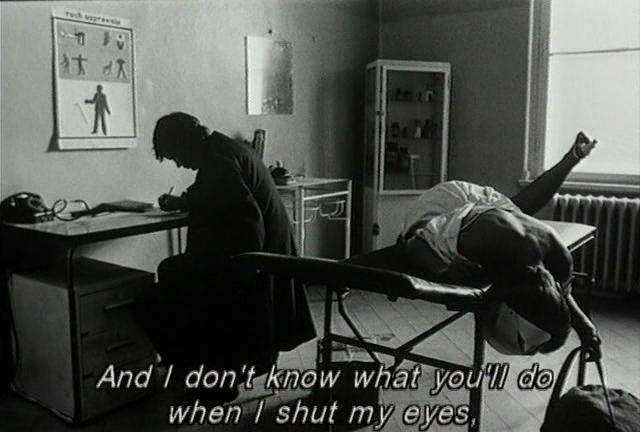 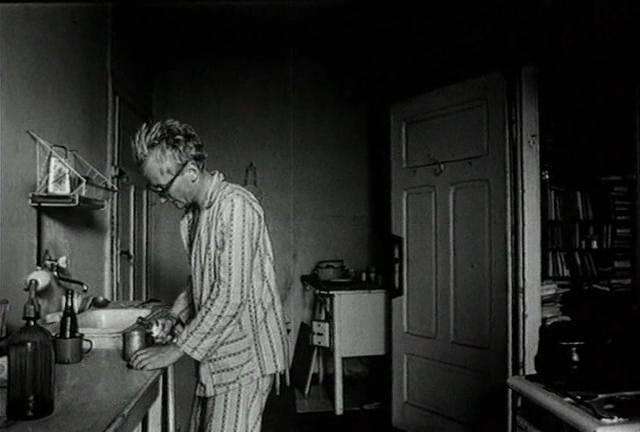 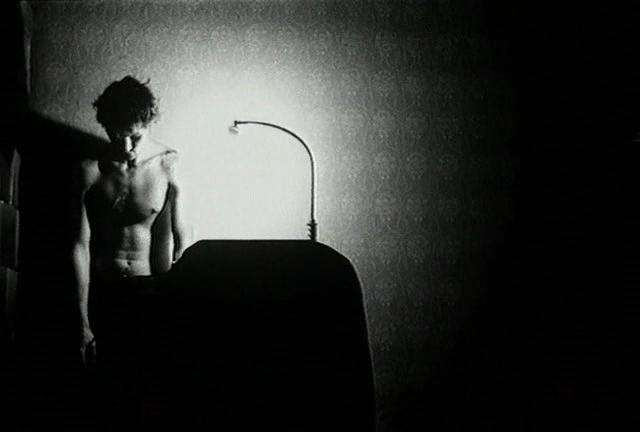