Masaki Kobayashi – Ningen no jôken AKA The Human Condition II: Road to Eternity (1959) 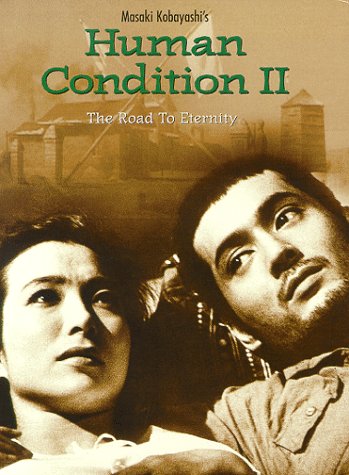 Hal Erickson on All Movie Guide wrote:
The second of Japanese director Masaki Kobayashi’s Human Condition trilogy was titled The Road to Eternity (originally Zoku Ningen No Joken). Picking up where 1958’s No Greater Love left off, this 1961 film finds the gentle, pacifistic Kaji (Tatsuya Nakadai) being sent to basic training camp in Manchuria in the waning days of World War II. Kaji struggles bravely to stick to his non-aggressive principals, only to be beaten and tortured for his troubles.