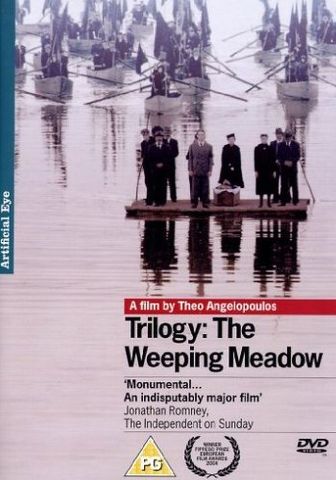 Angelopoulos moves his forces like a juggernaut to stage formidable set-pieces, coups de thιβtre that impress with their vast scale without necessarily engaging our emotions. In his most remarkable feat, he constructs a low-lying town in a dry lakebed only to drown it for a spectacular inundation. There follows a floating funeral on a water-borne raft, players posed beside the open coffin, as a flotilla of boats proceeds with a flourish of black flags. Prows part the water as the camera glides ahead, like a courtier preparing the way, but a sudden change of angle confronts us with a massive phalanx of figures reflected in the floodwater, with blue sky streaking the top of the frame.

While primal drums beat, village women dance around a flaming bonfire bearing icons, turning to superstition to lift the “dark curse” that sent torrential floods. Later, a demonstration of tribalist revenge puts dozens of dead sheep hanging from a tree (the camera panning down to the blood mingling in the mud). More than before, Angelopoulos here succumbs to a cosmic miserabilism, allowing the churning dark clouds above and the mud below to seep into his work. 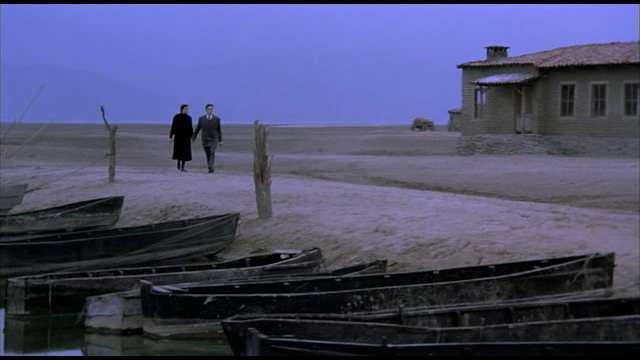 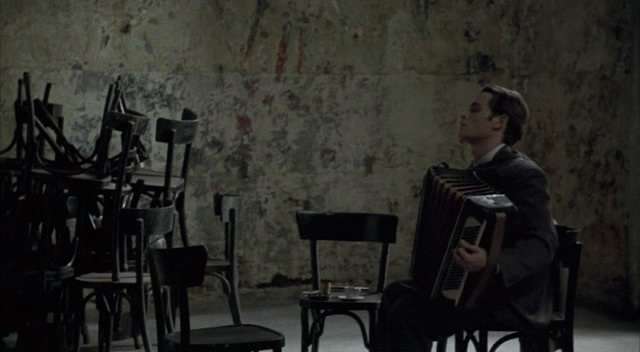 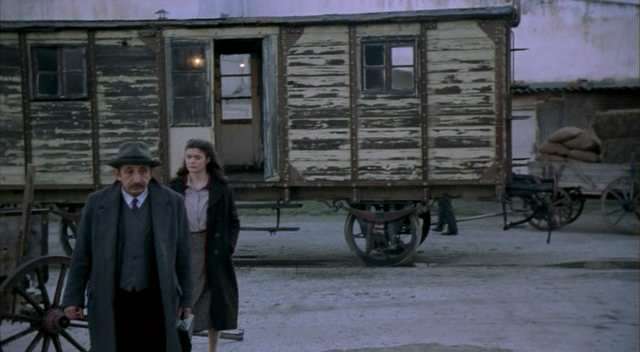