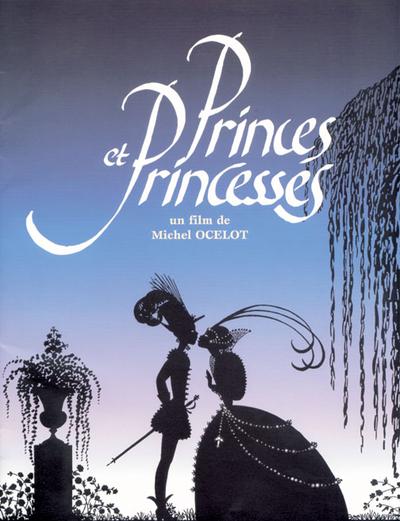 Synopsis from AMG:
In this episodic animated fantasy from France, an art teacher interprets a series of six fairy tales (each involving a prince or princess) with the help of two precocious students. Princes et Princesses was created using a special style of cutout animation, with black silhouetted characters performing the action against backlit backdrops in striking colors. Produced in 1989, Princes et Princesses was first released in Europe in 2000 and received its first screening in North America at the 2000 Toronto Film Festival. — Mark Deming

Review from The SF, Horror and Fantasy Film Review:
Princes and Princesses comes from French animator Michel Ocelot. Prior to this Ocelot had some international success with Kirikou and the Sorceress (1998), a striking linedrawn film based on traditional African folktales. For Princes and Princesses, which it took him ten years to make, Ocelot returns to the same form – linedrawn fairytales. It is a delightful and quite beautiful film he produces. All the figures are animated as silhouette shapes, something which in its simplicity has an extraordinary versatility, allowing Ocelot to model styles as diverse as Ancient Egyptian hieroglyphics to traditional Japanese art. There’s a great deal of visual invention to the film, especially The Sorceress episode with the sorceress’s gadgets which repel all attempts at incursion and the delightful drollness of the hero’s solution and the twist ending. All the stories are told with a delightful piquance where justice gets a final comeuppance and good wins out as in all fairytales. None of the episodes are weak at all. The most appealing of them is the final Princes and Princesses episode with the prince and princess going through an hilarious series of animal transformations with each kiss in an attempt to regain their original forms.

Especially appealing is the way the film has been construed with a postmodern edge. It is not merely a set of fairytales but a film about animators (who themselves have been animated) making a series of animated fairytale shorts. With each we see them discussing the presentation and design before the curtain literally opens on the tale. Quite delightfully the film stops at midpoint for exactly a one minute break so we can discuss what we have seen so far. 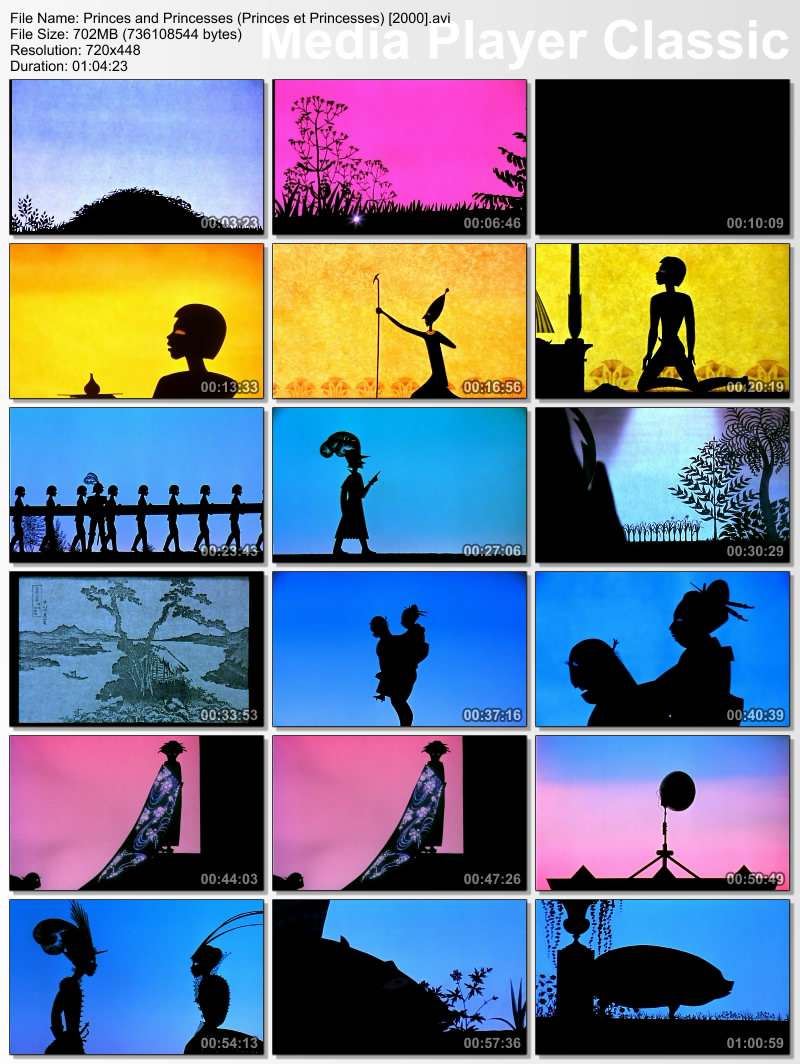