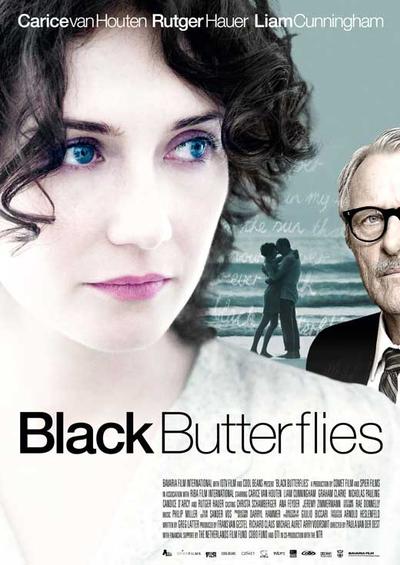 Ingrid Jonker lived an impossible contradiction, writing heart-rending poetry about being a woman of privilege living under apartheid rule, all the while dealing with pressure from the head of the censorship board, a man who also happened to be her father. “Black Butterflies” is the story of how Jonker, a woman with unending sexual cravings and a noted mental imbalance, managed to cope with this dichotomy. In the opening, the least poetic of a number of unconvincing metaphors writ large, Jonker is saved from drowning by handsome publisher Jack Cope, an older gentleman who immediately falls for the leggy writer. What he doesn’t know is that her self-abuse, due to living under the rule of her oppressive, emotionally-abusive father, has fractured her personality. She is not the creator she becomes when she puts pen to paper, but rather a little girl seeking stimulation (which she chases in a number of unavailable men) and hoping for the approval of her father (an impossibility).