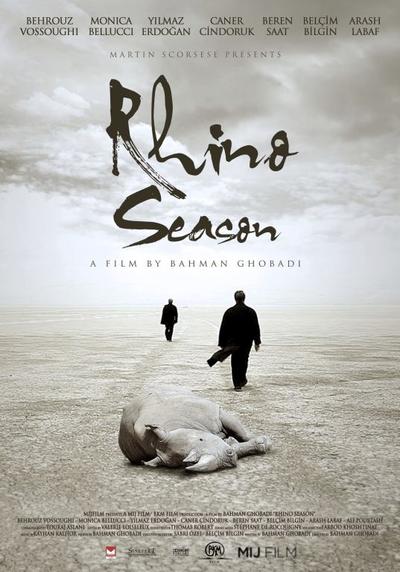 Synopsis
A haunting love story that spans three decades, Rhino Season is based on the tragic story of a Kurdish poet and family friend of Ghobadi’s who was unjustly incarcerated during Iran’s Islamic Revolution. The victim of a personal vendetta, Sahel (Behrouz Vossoughi) is thrown into prison along with his devoted wife Mina (Monica Bellucci). Inexplicably released after serving a ten-year sentence, Mina is informed by the authorities that Sahel is dead. Heartbroken, she and her two children leave Iran for Istanbul — unknowingly leaving behind her very-much-alive husband, who is forced to stay in prison for another twenty years. Finally released, Sahel sets out to find his wife, the memory of whom was the only thing that had sustained him throughout his agonizing ordeal. But after clinging to an intangible vision for so many years, what is the reality that awaits him now?
mijfilm.com