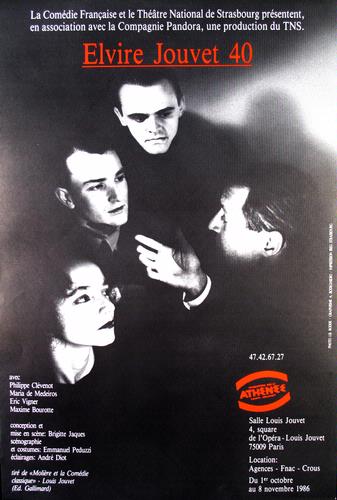 This is Benoît Jacquot’s telefilm adaptation of the play, with the same cast. It is in monochrome (as broadcast).

Quote:
Composed of a series of re-enactments based on influential stage actor Louis Jouvet’s transcribed lectures at the National Conservatory of Dramatic Arts in Paris during World War II and Jouvet’s manuscript, Molière et la comédie classique, Elvire-Jouvet 40 chronicles Jouvet’s (Philippe Clévenot) demanding (if not emotionally brutal), yet enlightening class rehearsals for Molière’s Dom Juan, and in particular, a pivotal scene involving the reappearance of Dom Juan’s spurned lover, an emotionally transformed Elvire to warn him of impending danger. In playing the role of Elvire, Jouvet’s student Claudia (Maria de Madeiros) attempts to apprehend the essence of Elvire’s character through exhaustive repetitions that, rather than increasing her confidence in her performance, instead brings her into a state of constant uncertainty and self-doubt. At the heart of Jouvet’s abrasive and seemingly divergent method of instruction is the fundamental idea that the nature of performance does not lie in an actor’s ability to conform the role through a personally accessible range of convenient, ready-made affectation, but rather, to sublimate the self entirely within the character – to perform a selfless act of empathetic self-erasure. In establishing the notion of transparent, “direct” performance, Elvire-Jouvet 40 thematically converges with Jacquot’s earlier documentaries Merce Cunningham and Co. and Alfred Deller: Portrait of a Voice in presenting the philosophical ideal of the role of the artist, not as the center of creation, but as the integral medium of pure aesthetic transmission. When Louis Jouvet taught at the National Conservatory of Dramatic Art in Paris, he kept a stenographer on hand to record his exchanges with his actors. Brigitte Jacques took the notes from seven of these lessons and combined them with Jouvet’s classic work Molière et la comédie classique to form the basis of the play Elvire Jouvet 40. Philippe Clévenot is Jouvet and the always enchanting Maria de Medeiros is the student working through the role of Elvire in Molière’s Dom Juan. Jacquot shoots in stark black & white, and stays intently concentrated on the faces and bodies of his actors. In a way, this small 1986 television film is a crystallisation of career-long preoccupations: acting, theatre, and the education – sentimental, emotional, spiritual – of a young woman. ‘I could give you a simple indication,’ counsels Jouvet at the beginning of the film. ‘Every time when you get the feeling that something is too easy, that it can be done without effort, then something is wrong. Playing a role, no matter what it is, is always accompanied by pain and hardship.’ He could be speaking to any number of young Jacquot heroines, from Ledoyen in La Fille seule to Le Besco in A tout de suite. Besides a number of short docs about Marguerite Duras, [Jacquot’s aboriginal obsession with the high tradition of French lit] is most eloquently elegized in Elvire-Jouvet 40 (1988), a made-for-TV adaptation of Louis Jouvet’s transcribed series of acting lessons that the aging lion gave to Moliére-rehearsing students in 1940. Philippe Clévenot’s Jouvet and Maria de Medeiros’s pert leading lady engage in an aesthetic tug-of-war, and it’s an instructive piece of theatricalized cinema to rival Renoir and Rivette. 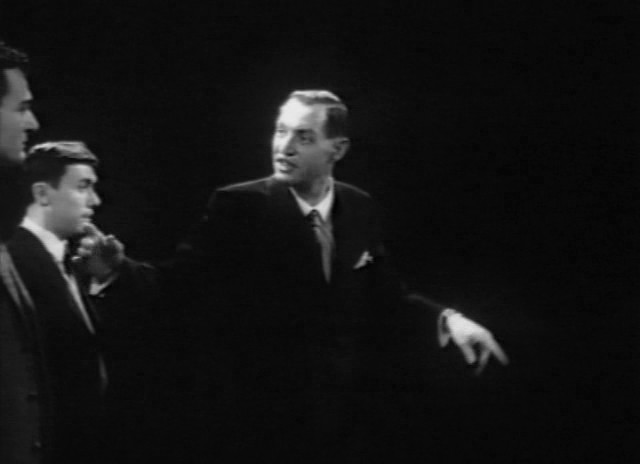 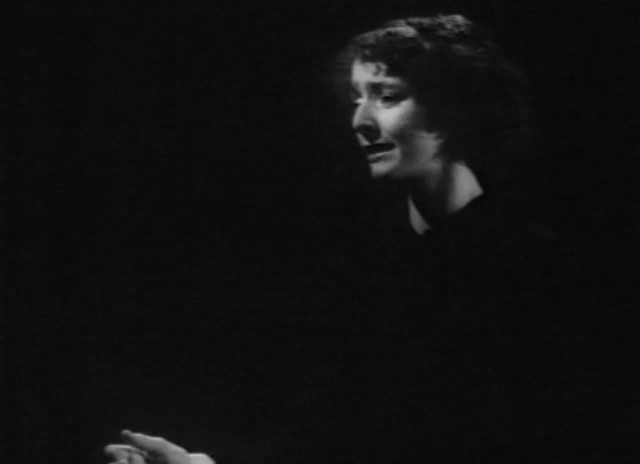 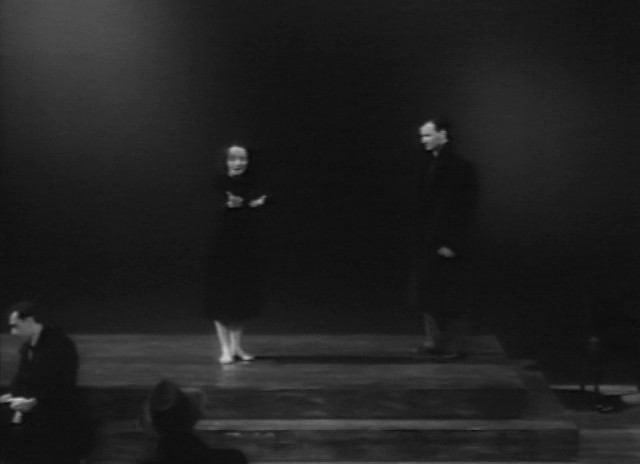