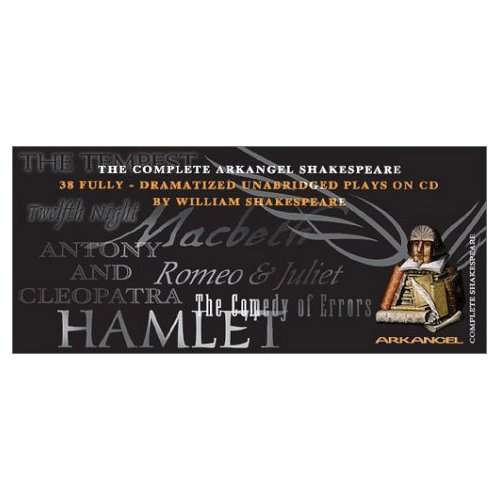 The creative team designed a sophisticated layering of sound and music to provide a complete audio environment. Music was composed by Dominique Le Gendre, whose award-winning talents matched the art of the performers. All the plays were recorded at one of London?s leading studios. The Sound House.

“A rhapsody of words, assembled for the ear. This venture marries scholarship and accessibility on an unmatched scale. The real strength lies in the astonishing intimacy offered by a sound recording.” — The New York Times

Creative Director: Clive Brill graduated from Oxford University and then joined the BBC where he worked for 12 years as director, producer, and commissioning editor. In 1996, he left the BBC to develop and direct the Arkangel Shakespeare project. He directed all 38 plays, which star many great British actors. Together with Tom Treadwell, he has just produced the British film Before You Go, starring Julia Walters and Tom Wilkinson. They are co-directors of Pacificus Productions in London, which produces drama across all media.