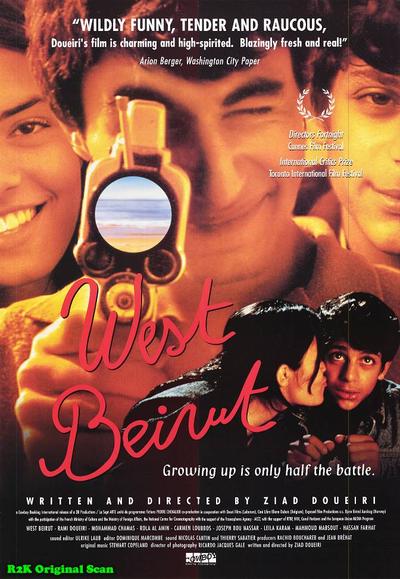 Review By Andrew O’Hehir :
Movies in which a boy comes of age in a landscape shadowed by violence have almost become their own genre, and it seems unlikely that one of them could show us anything new. But even by the standards of such classic examples as Louis Malle’s “Au Revoir les Enfants” and Agnieszka Holland’s “Europa Europa,” “West Beirut” is a noteworthy accomplishment. The debut feature from Ziad Doueiri, a 36-year-old Lebanese immigrant who was a cameraman on all three of Quentin Tarantino’s films, “West Beirut” is engaging and highly accomplished cinema shot on a shoestring budget. Even more strikingly, it carries us to a time and place most Americans know only through the stereotypical horrors of evening-news photography, offering a compelling insider’s vision of Arab family life in the semi-Westernized context of the mid-1970s Middle East.

Tarek (played by Rami Doueiri, the director’s teenage brother) is a restless middle-class adolescent who’s often in trouble for smart-mouthing the teachers at his French-language high school. The younger Doueiri isn’t a trained actor, so his combination of wiseacre arrogance and terrible shyness may be natural. In any case, he perfectly captures the teenage agony, often so irritating to parents and other bystanders, of feeling trapped in the machinery of childhood while waiting for real life — understood mainly in terms of cars, girls and rock ‘n’ roll — to begin. Tarek is about to grow up a bit faster than even he thinks — on April 13, 1975, he watches from the school windows as a group of masked men with automatic weapons ambushes a bus and massacres the civilians on board. Perhaps these are Israelis attacking Palestinians, or Christians attacking Muslims; Tarek doesn’t know for sure and neither do we.

Arabian knights
“West Beirut” director Ziad Douieri talks about growing up in the crossfire of a raging civil war and raging hormones.

For Beirut, known at the time as a sophisticated Mediterranean city of nightclubs and resorts, this was the beginning of 14 years of anarchy and destruction that would make its name into a worldwide synonym for chaos. But for Tarek and his friend Omar (Mohamad Chamas, another non-actor with a roaring voice and tremendous, expressive brio) it’s a liberation, at least at first. With their school inaccessible across the Green Line in Christian East Beirut, they’re on permanent summer vacation, swiping cigarettes, dodging militiamen, listening to random American pop albums, secretly filming a sexy aunt with their 8 mm camera.

Doueiri’s camera usually establishes a fluid, if slightly unsteady, street-level viewpoint, as if we are another schoolmate along for the ride. His grainy, naturalistic style feels closer to the Truffaut of “The 400 Blows” than to anything Doueiri learned from Tarantino. Even in the midst of civil war, Doueiri’s Beirut is awash in Western cultural flotsam, from an “Airport 1975” poster to fragments of French, Italian and English slang to references to Steve McQueen and Telly Savalas. Doueiri even borrows the famous “Saturday Night Fever” shot of John Travolta’s bell-bottomed legs strutting down the sidewalk. But Doueiri’s version, with Tarek and Omar parading a Beirut boulevard to the strains of “Rock Your Baby,” feels sadly ironic rather than arch. It’s one of the moments when we feel the distance between these boys full of false bravado and the man looking back at this scene 20-odd years later.

Doueiri has said that “West Beirut” is 90 percent drawn from his own experiences growing up during the Lebanese civil war, but the film is strong enough that this question is largely irrelevant. In fact, although the fragmentary urban odyssey of Tarek, Omar and May (Rola Al Amin), the dark-eyed Christian beauty both boys have a crush on, gets most of the director’s attention, the film’s emotional center, it seems to me, is its loving, bittersweet portrayal of Tarek’s parents. The sad-faced, classically handsome Riad (Joseph Bou Nassar) and the drawn but still lovely Hala (Carmen Lebbos) are secular, left-bourgeois Arabs of the Nasser-Arafat generation, opposed to imperialism yet accustomed to driving their Peugeot on camping trips to France. Riad insists that the resilient Lebanese nation will not descend into self-destruction, even after the morning when mortars break all the windows in their apartment building. More quickly understanding that their entire existence is collapsing around them, Hala proclaims tearfully that she can live poor and hungry if she has to, but she will not be humiliated. Life in West Beirut, of course, leaves her little choice.

Although “West Beirut” covers about eight years of the Lebanese war, interpolating newsreel footage here and there to remind us of the dimensions of the carnage, Doueiri deliberately keeps Tarek, Omar and May the same age throughout the film. Since American viewers will have little sense of the historical sequence, this narrative strategy works just fine. Rami Doueiri and Chamas may not look any older, but by the end of “West Beirut” the swagger is gone from their step. They’ve seen the militiamen they idolize brutalize a beloved neighborhood merchant. They admit they miss their abusive French schoolmasters. The encroaching specter of Islamic fundamentalism makes them consider the troubling question of whether Paul Anka is a tool of Satan. Even their successful voyage to the brothel run by the legendary madam Oum Walid (Leila Karam), a demilitarized paradise where Christian and Muslim alike are welcome in sin, can produce no real hope for the future.

Hope, and a moral dimension, are to be found in “West Beirut” in the performances of Bou Nassar and Lebbos, two marvelous Lebanese actors who have never before, as far as I know, been seen in the West. Whatever their life histories may be, they have, like their characters, lived through the destruction of their society (as well as its slow reconstruction since the peace settlement of 1989), and the tragic realism they bring to Riad and Hala is something that can’t be faked. In the film’s heartbreaking concluding sequence — which I won’t spoil for you — we can feel Doueiri, who left Lebanon in 1983, looking back at these proud, loving people who decided to stick it out and face poverty, hunger, humiliation and the threat of death together. I don’t know what stories Doueiri can tell now that his dramatic childhood is out of the way, but “West Beirut” is a work of large imagination and larger spirit. 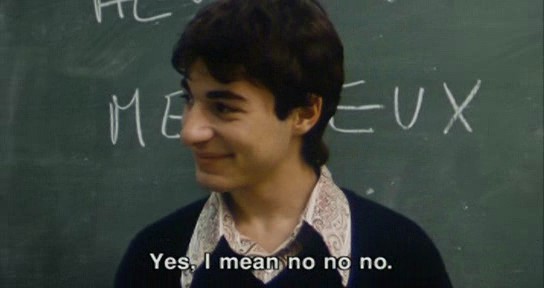 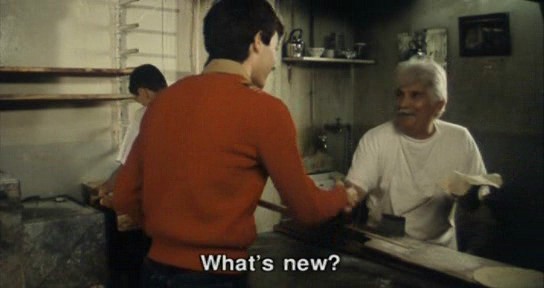 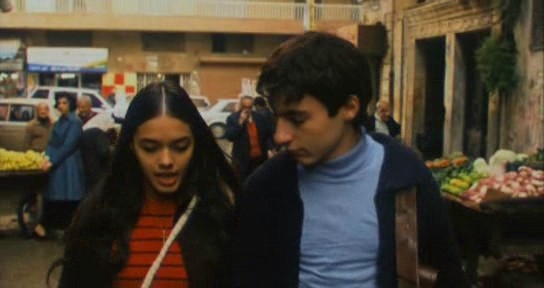 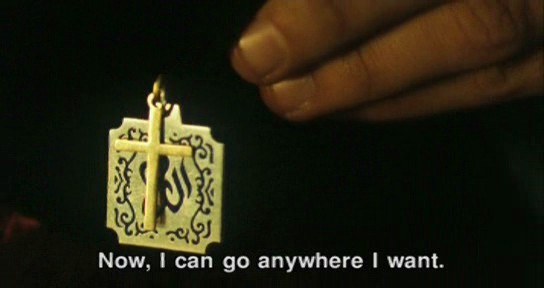 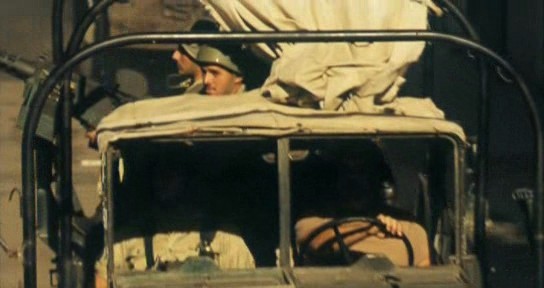