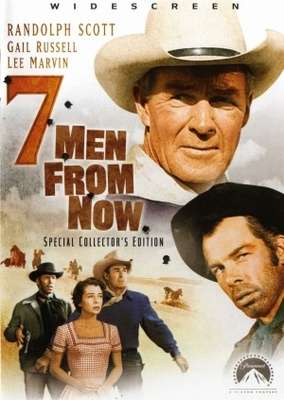 Seven Men from Now is a 1956 Western film directed by Budd Boetticher and starring Randolph Scott, Gail Russell, and Lee Marvin. The film was written by Burt Kennedy and produced by John Wayne’s Batjac Productions.

Praised by the pioneering French critic Andre Bazin as “one of the most intelligent westerns I know but also the least intellectual,” this 1956 feature by the underrated Budd Boetticher stresses action over dialogue while constructing a subtle moral allegory. Randolph Scott plays an ex-sheriff trailing the seven men who murdered his wife in a robbery; along the way he picks up a bumbling couple en route to California and an outlaw (Lee Marvin, whose appealing swagger contrasts with Scott’s laconic certitude). Boetticher uses the landscape not as a metaphor for wildness but as a starkly neutral ground on which his characters play out their shifting positions, which suggests that each individual is responsible for his or her own choices. The taut opening is stunning: the protagonist strides into a tightly framed patch of ground from behind the camera, initiating his attempts to both traverse and dominate space, and the ensuing gunfire offscreen accompanies images of the horses he’ll take from the men he’s killing, a beautiful elision that emphasizes destiny over violence. This recently restored 35-millimeter print has mostly excellent color. 78 min. By Fred Camper

John Wayne and Robert Fellows’s production company Batjac purchased the Burt Kennedy screenplay with the intention of having Wayne star as Stride. It was Kennedy’s first film script. However, Wayne was locked into doing The Searchers for John Ford. According to Kennedy, Wayne wasn’t particularly interested in the script until he became aware that Robert Mitchum’s representatives were interested in it, at which point Wayne perked up and suggested going to Warners and casting Randolph Scott instead. Scott insisted on Budd Boetticher as the director. As with their previous collaboration, Bullfighter and the Lady, Wayne, in his role as producer, recut the film without Boetticher’s approval, although the film has since been restored to the director’s original vision.

Seven Men from Now was the first in a seven-film collaboration between Scott, Boetticher, and producer Harry Joe Brown, with five of the films written by Kennedy.

The movie was shot in the Alabama Hills and other locations near Lone Pine, California in the last months of 1955. Gail Russell was cast as the female lead due to her previous work with Wayne in Angel and the Badman and Wake of the Red Witch. She had not worked on a movie for nearly five years prior to Seven Men from Now, due to her struggles with stage-fright-induced alcoholism, and Boetticher worked very hard to keep her from drinking during the filming. 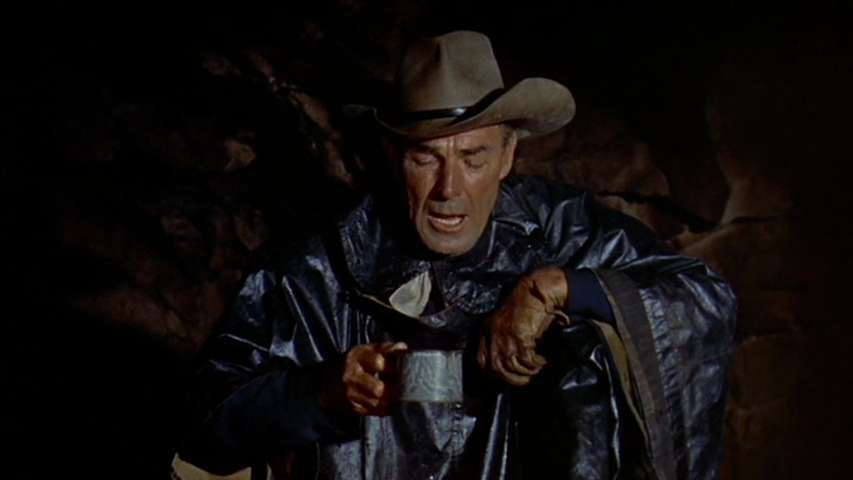 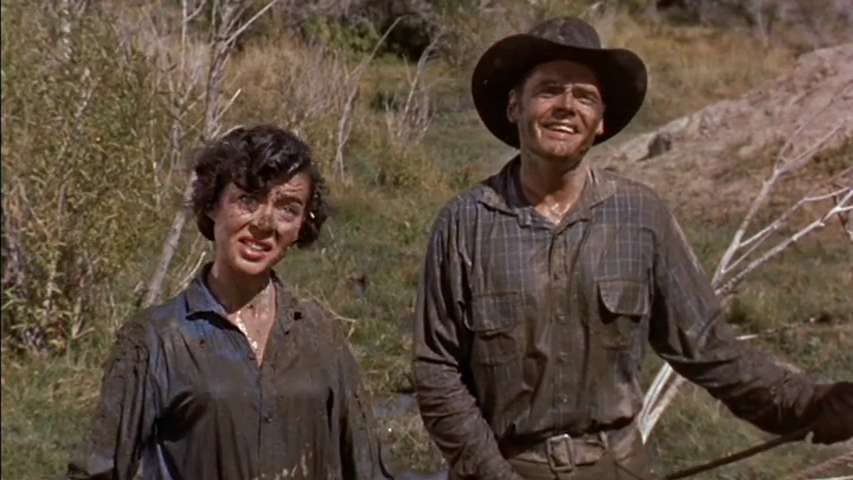 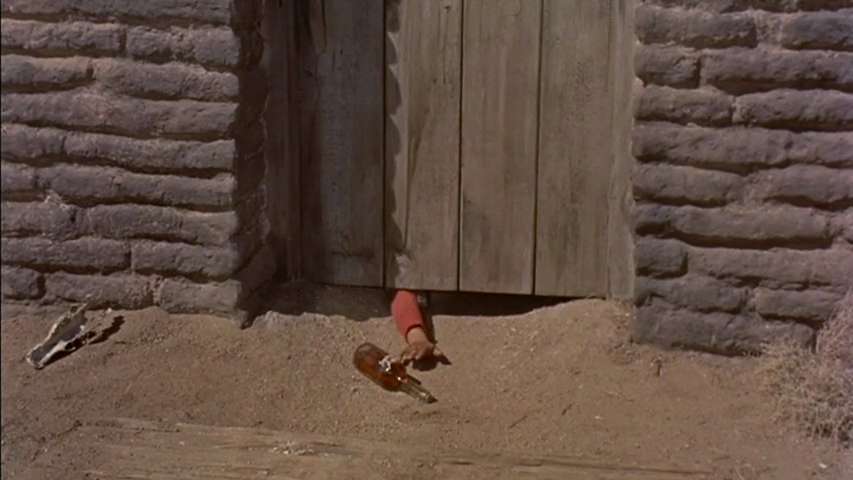 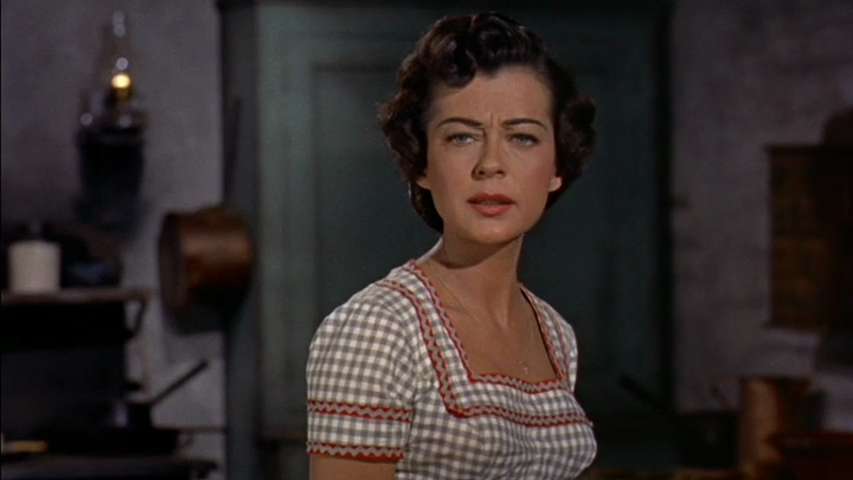