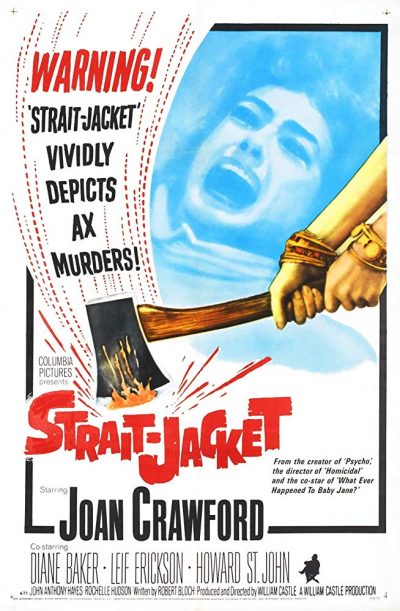 Lucy’s adult daughter Carol (Diane Baker), an artist and sculptress, also lives on the Cutler farm and is seemingly unaffected by the grisly murders she witnessed many years in the past as a three year-old child. Carol encourages her mother to dress and act the way she did in the past. Lucy begins playing the vamp and makes passes at her daughter’s fiance Michael Fields. She then shocks his parents with a sudden tantrum when they consider their son’s marriage to Carol out of the question.

A series of brutal axe-murders begin with the hired man Leo becoming a victim as well as Lucy’s doctor, who is found in a freezer. All signs point to Lucy as the murderer and some believe she is still insane, and should be returned to the hospital. However, the climax of the film reveals that the axe-murderer is Carol, who has gone to great lengths to portray her mother as a still-active murderer by duplicating her mother’s appearance when she kills (even to copying her mother’s head and face with a mask she fashioned herself). As the film ends, Lucy calmly accepts her responsibility for her daughter’s illness and hatred and announces that she is going to Carol in the hospital where she is now confined.(wikipedia) 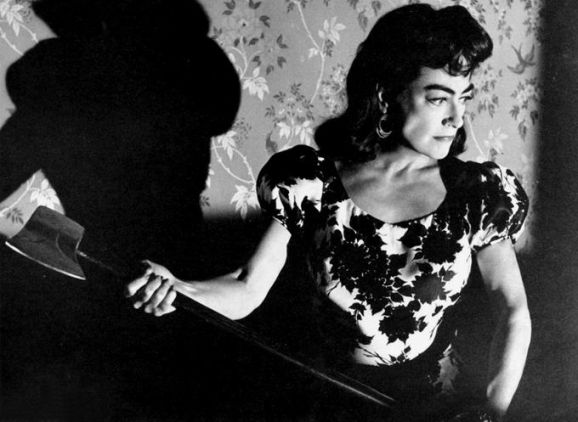 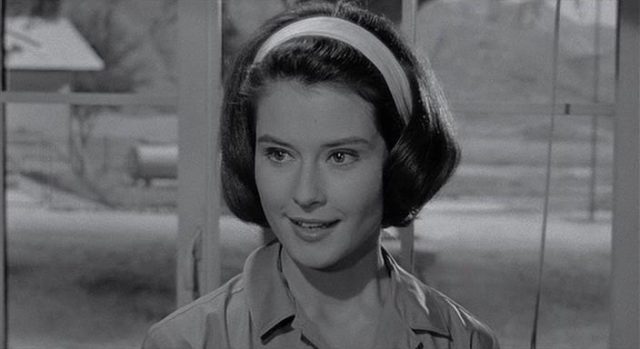 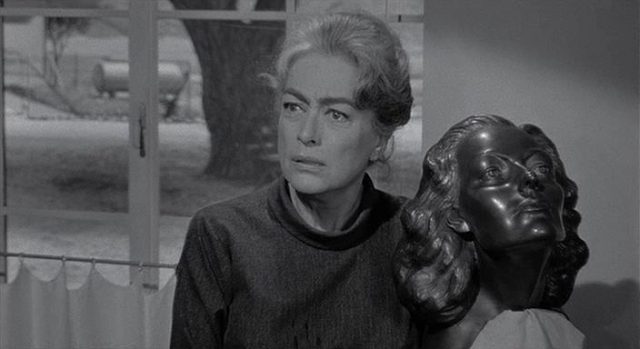 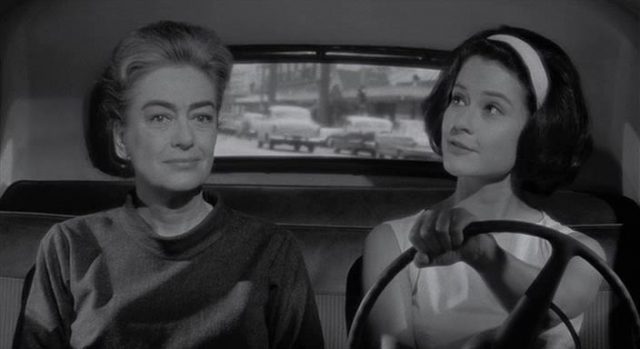 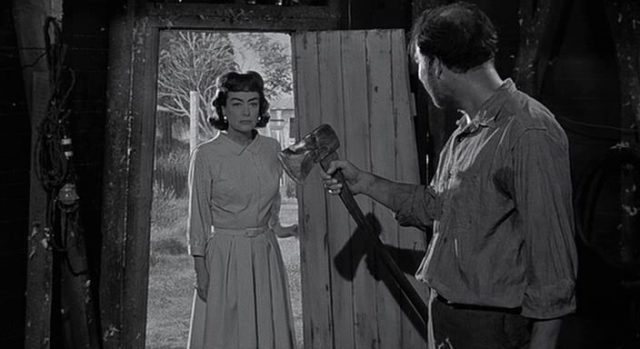