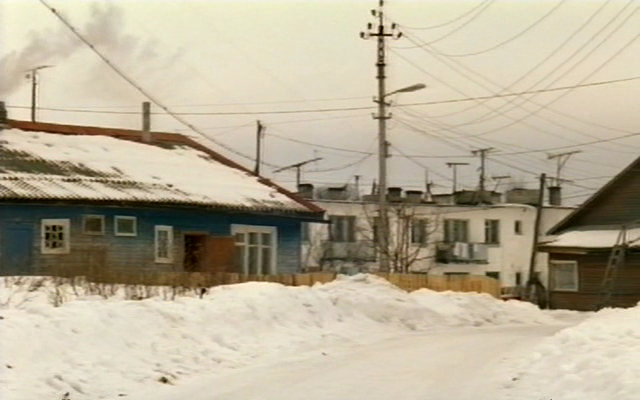 It begins with slow, 360 grade pans of a camera showing snowy countryside somewhere in Russia. The soundtrack has some natural voices. 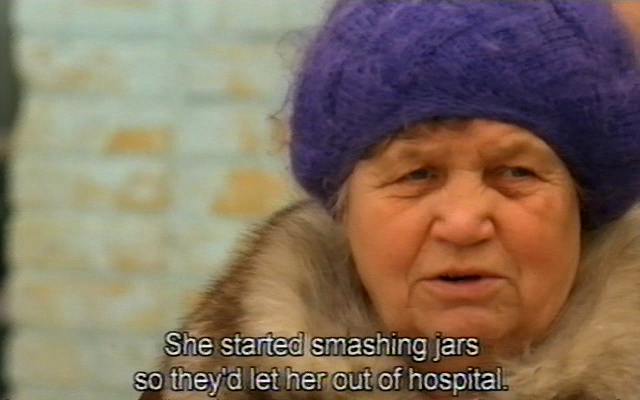 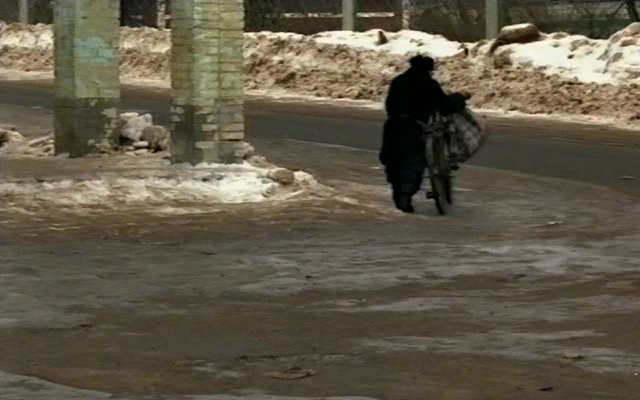