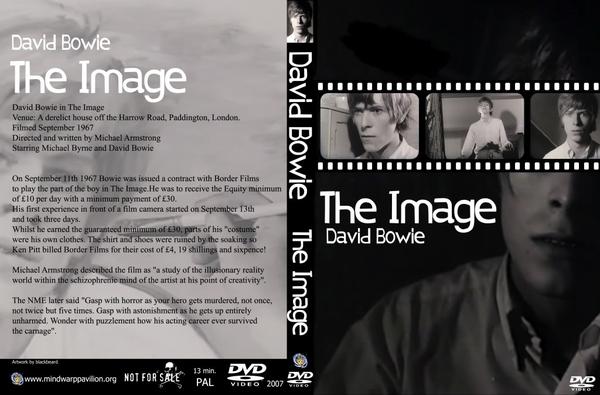 Cinebeats wrote:
David Bowie’s first acting role was in an eerie and surrealistic silent horror short called The Image (1967) directed by British filmmaker and writer Michael Armstrong. Armstrong’s directing credits include the Tigon horror anthology The Haunted House of Horror (1969) as well as the effective and memorable Mark of the Devil (1970), which tells the story of two 17th century witch hunters (Udo Kier and Herbert Lom) and was obviously inspired by the 1968 Tigon film The Witchfinder General. Armstrong is also responsible for writing the script for Pete Walker’s horror comedy House Of The Long Shadows and co-writing Tobe Hooper’s Lifeforce with Dan O’Bannon. This list of Michael Armstrong’s credits may not seem all that impressive to your average film viewer, but it should spark the interest of some horror fans.

The Image was Michael Armstrong’s first film and along with David Bowie, it also stars the hard working actor Michael Byrne in one of his earliest roles. Byrne appeared in the excellent horror film Vampyres (1974) and had minor roles in many popular war based dramas and action films made during the seventies including Conduct Unbecoming (1975), The Eagle Has Landed (1976), A Bridge Too Far (1977) and Telefon (1977). Today he’s probably mostly known for his appearences in popular modern films such as Braveheart (1995), Gangs of New York (2002) and Indiana Jones and the Last Crusade (1989).

In The Image Michael Byrne plays a troubled artist haunted by a ghostly young man who appears to step right out of one of his paintings. David Bowie plays the mysterious apparition who is haunting the artist and his unusual good looks and other-worldly appearance are used to great effect here. Bowie was just 20-years-old when he made his acting debut, but he had studied with the avant-garde performance artist and actor Lindsay Kemp who included elements of Mime and Butoh into his teaching. Bowie obviously made use of the skills he developed studying under Kemp for his role in The Image and his wordless performance as an unrelenting spectre is undoubtedly the most memorable element of this short film. But The Image also contains an interesting minimalist soundtrack and some nice looking black and white photography from Ousama Rawi.

Oscar Wilde’s The Picture of Dorian Gray probably influenced Michael Armstrong’s script and it’s possible that some might see a homoerotic undercurrent running through the film, which is interesting when you consider the rumors surrounding David Bowie ’s relationship with his openly gay acting teacher Lindsay Kemp. But director Michael Armstrong has only described The Image as “A study of the illusionary reality world within the schizophrenic mind of the artist at his point of creativity.”

The Image was shot in just three days and completed in 1967, but it didn’t have its official screen debut until 1969. Due to the violent content of the film it became one of the first shorts to receive an ‘X’ certificate from Britain’s notoriously restrictive film rating’s board. The Image seemed to disappear into obscurity after its limited release, but in recent years it has been rediscovered and restored. This brief 14 minute film is currently available on YouTube and makes for some great Halloween viewing. 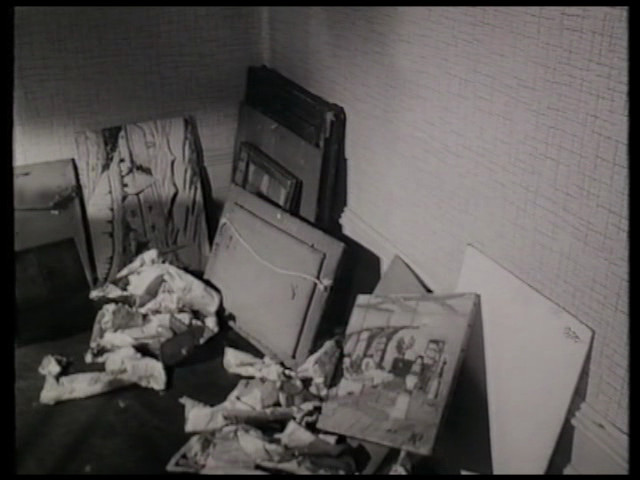 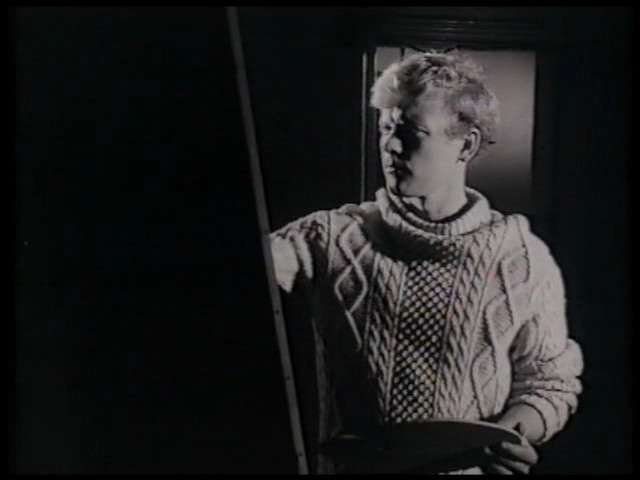 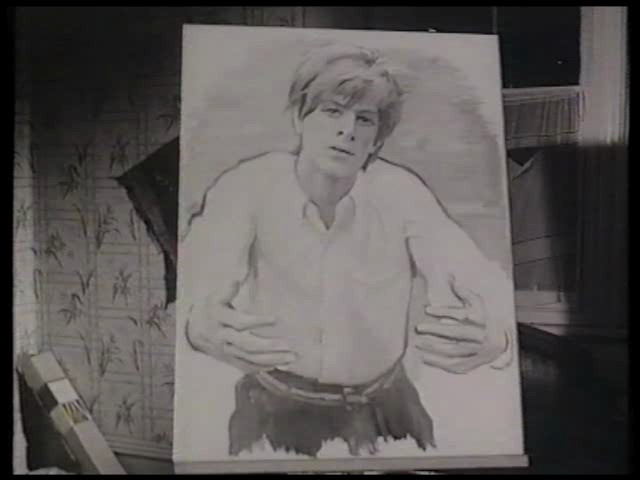 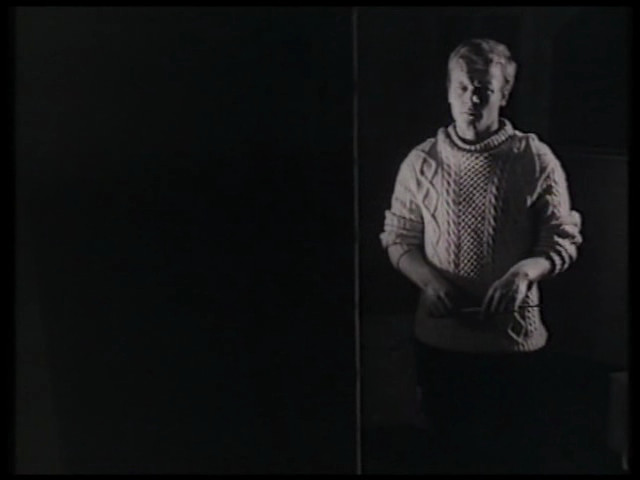 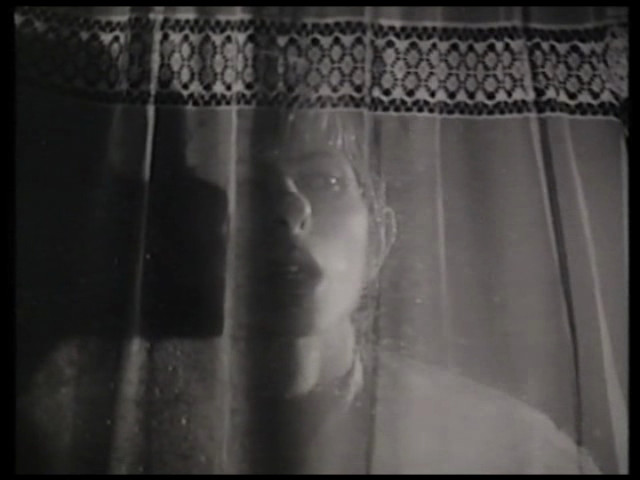 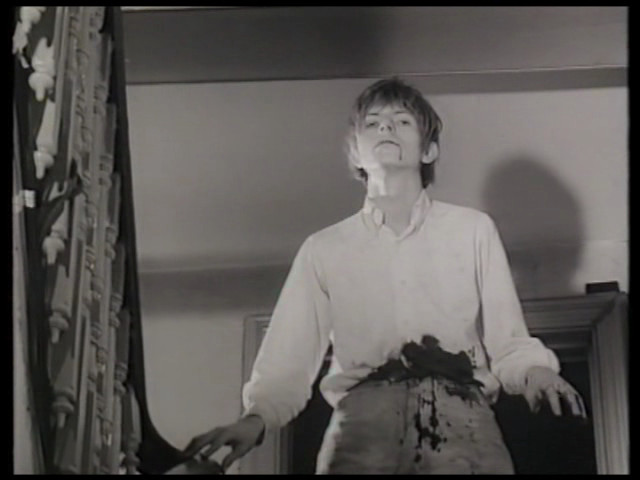 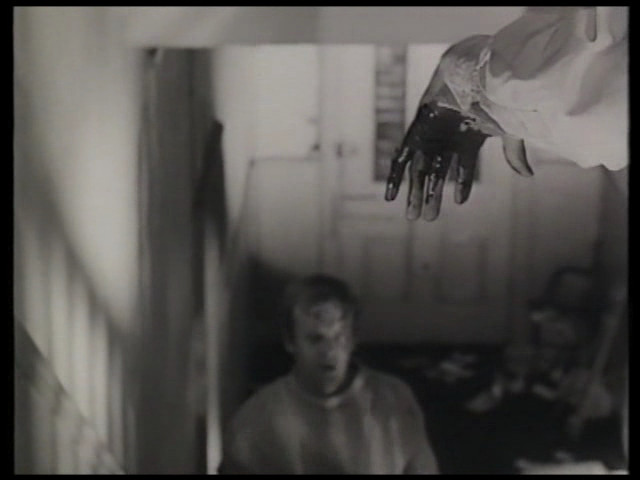 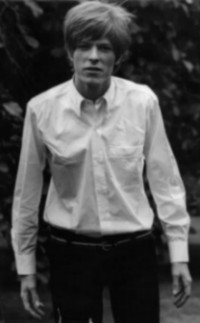