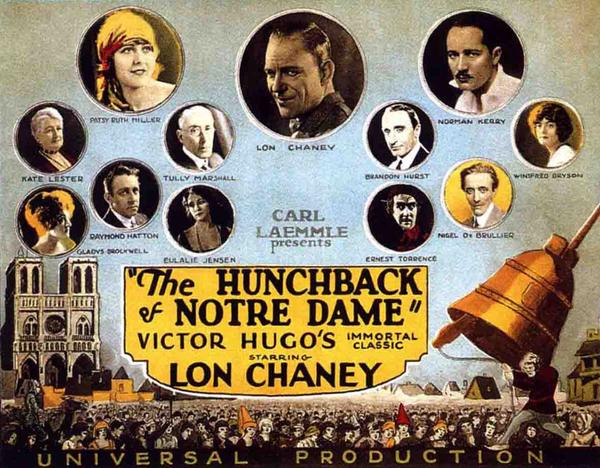 The film is most notable for the grand sets that recall 15th century Paris as well as Lon Chaney’s performance and spectacular make-up as the tortured bell-ringer of Notre Dame. The film elevated Chaney, already a well-known character actor, to full star status in Hollywood. It also helped set a standard for many later horror films, including Chaney’s The Phantom of the Opera in 1925. In 1951, the film entered the public domain (in the USA) due to the claimants failure to renew its copyright registration in the 28th year after publication.

The story is set in Paris ten years before Columbus discovered America.
Quasimodo is a deformed (deaf and half-blind) bell-ringer of the famous Cathedral of Notre Dame in Paris. His master, Jehan Frollo, the evil brother of the saintly archdeacon, Dom Claude Frollo, prevails upon the hunchback to kidnap the fair Esmeralda, the adopted daughter of Clopin, who is the king of the oppressed beggars of Paris’ underworld. The dashing Captain Phoebus rescues her from Quasimodo, while Jehan escapes and leaves him. Phoebus is entranced by Esmeralda, and takes her under his wing. Quasimodo is sentenced to be lashed in the public square. As he suffers under the sting of the whip, Esmeralda pities him, and brings him water. Quasimodo later hates Jehan for betraying him.

Jehan and Clopin both learn that Phoebus plans to wed Esmeralda. Clopin leads the beggars into the house of Phoebus’ fiance, where Phoebus has brought Esmeralda and disguised her as royalty. Clopin demands Esmeralda be returned, and Phoebus only does so after Esmeralda says that she does not belong with the aristocracy. However, Esmeralda sends him a note, to say goodbye to him a last time. During their meeting in Notre Dame, Jehan stabs and wounds Phoebus and lays the blame on Esmeralda. She is sentenced to death, but is rescued from the gallows by Quasimodo and takes refuge in the cathedral, where Dom Claude invokes the sacred right of sanctuary, protecting her from arrest. Clopin leads the whole of the underworld to storm the cathedral that night, while crafty Jehan attempts to loot the treasure vaults. Quasimodo routs the invaders with rocks and torrents of molten lead, and kills Jehan by throwing him off the ramparts of Notre Dame. Just before he does, however, Jehan fatally stabs Quasimodo in the back with his knife. Phoebus comes to the rescue and encounters Esmeralda. As she and Phoebus clasp each other to their hearts, Quasimodo rings his own death toll. Esmeralda and Phoebus leave without even noticing that Quasimodo is mortally wounded, but Dom Claude and Pierre Gringoire, a street poet, enter just in time to see him die. After ringing the bell, Quasimodo dies. The last image of the film is the great bell, swinging silently, holding the corpse of Quasimodo. 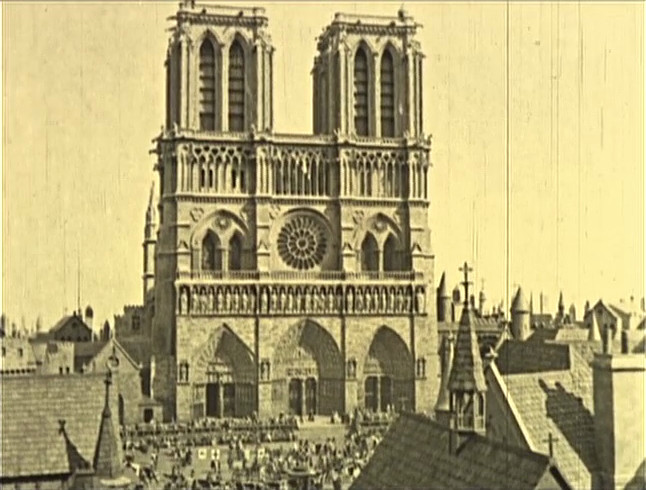 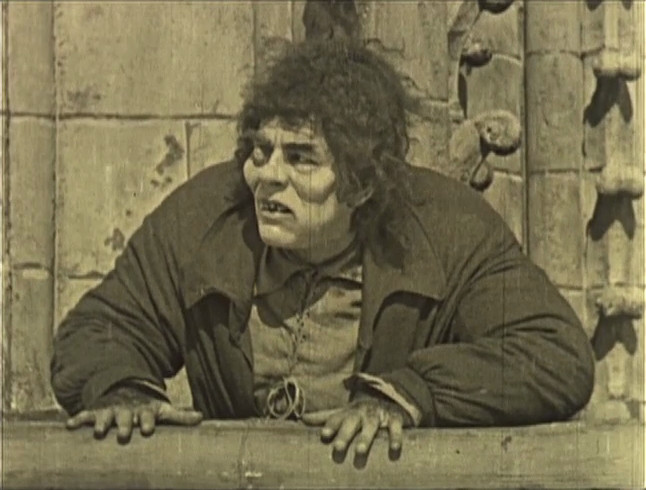 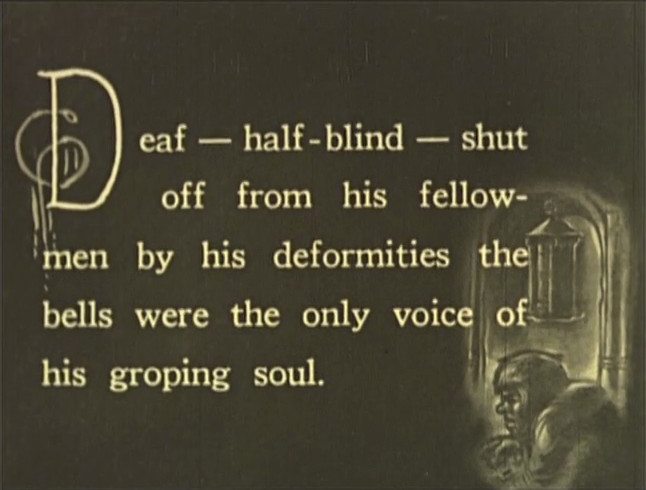 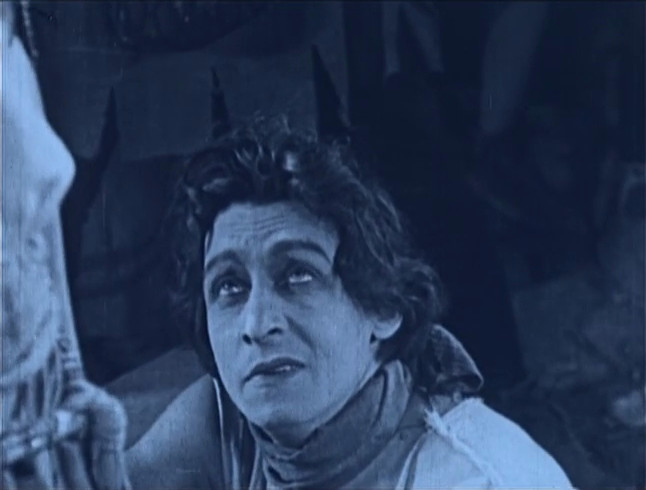 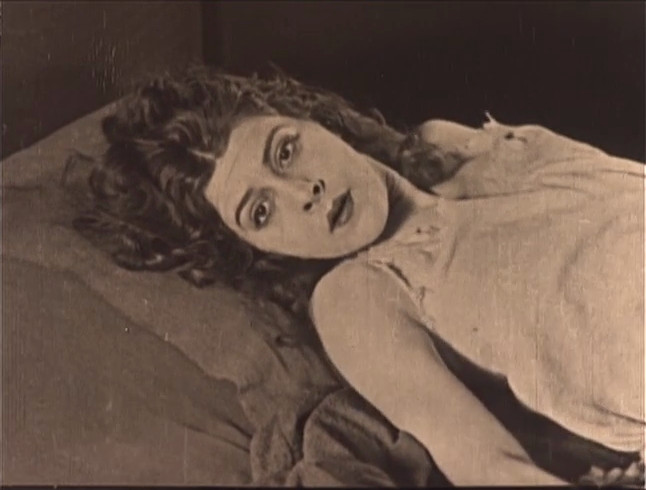