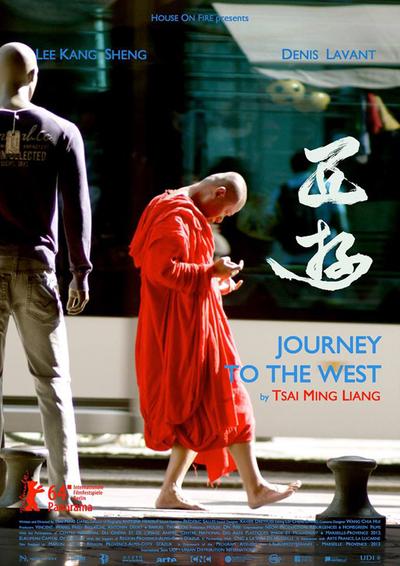 The face of an exhausted man breathing deeply, his face agitated and, nearby, the sea. A Buddhist monk walks barefoot and incredibly slowly through Marseille – so slowly, that his progress is barely perceptible and he becomes a calming influence in the midst of the town’s goings-on.

More like a performance or installation art project than an ‘art film’, “Le Voyage en Occident” (Xi you) is a follow-up to the 2012 short “Walker” or a kind of second segment, set in Marseille (South France – French Mediterranean coast).
Consisting of only 14 shots of varying lengths – from very brief to a centrepiece of approximately 20 minutes – the film shows two men, narratively unconnected, who finally come together in a sequence that shows off both actors’ physical skills and sense of timing.
Lee Kang-sheng, who features in all Tsai Ming-liang’s films, plays the monk with impressive energy. His uniform slow motion footsteps and devoted posture turn his performance into a veritable tour de force as he unswervingly makes his way from the coast to the market in Noailles (popular market with mixed communities people), like an illusion in his bright red robe. Xi You represents another edition of the director’s series of short films that expand Lee Kang-sheng’s thirty minute slow walking performance at Taipei’s National Theatre into a ‘slow walking expedition’. Unusual, brilliantly chosen camera angles provide a collage of various districts in Marseille, creating a hypnotic space in which this meditative peregrination becomes a surprising journey of discovery. 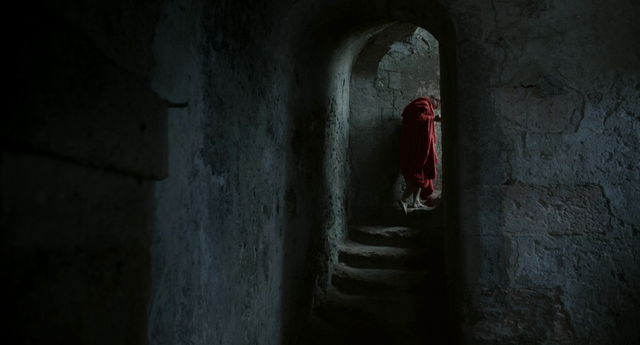 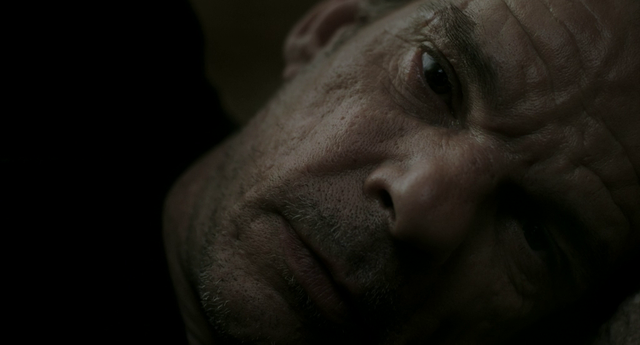 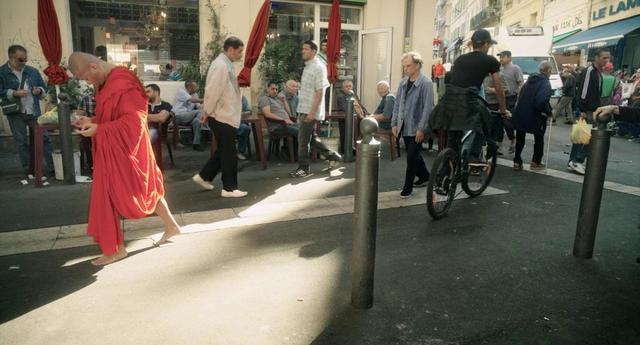 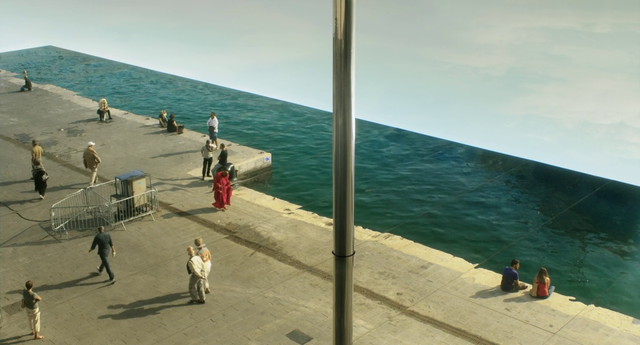