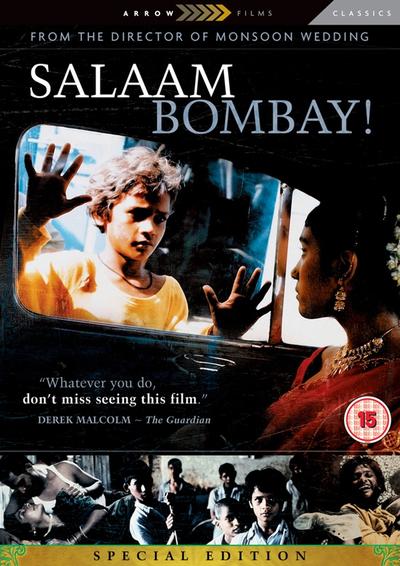 Shot on-location on the streets of Bombay, Mira Nair’s Salaam Bombay is the gritty tale of Krishna (Shafiq Syed, a runaway discovered by Nair), a boy kicked out of his home, and abandoned by the traveling circus he had joined. In desperation, he uses the little money he has to buy a one-way ticket to the nearest city, which turns out to be Bombay. “Come back a movie star,” the ticket agent tells him mockingly. In Bombay, Krishna joins a small community of street kids, and gets a job delivering tea. Soon, everyone in the downtrodden neighborhood knows him as “Chaipau” (tea boy). Krishna wants to save five hundred rupees, enough money to get back into his mother’s good graces and return home. Chillum (Raghubir Yadav), a streetwise young man who deals drugs for the local kingpin, Baba (Nana Patekar), takes Krishna under his wing. The sly but cruel Baba has a mistress, Rekha (Aneeta Kanwar), who works as a prostitute. She has a young daughter, Manju (Hansa Vithal), who has a crush on Krishna, but Krishna only has eyes for the girl they call “Sweet Sixteen,” a virginal teenager who is being forced into prostitution. Eventually, Baba fires the surly Chillum, and Krishna finds himself struggling to keep Chillum alive by supporting his drug habit. Many of the roles in the film are played by non-actors, including the street kids, and an actual madame who allowed Nair to film scenes in her brothel. The Harvard-educated Nair began her filmmaking career working on documentaries. Salaam Bombay, her narrative feature debut, won worldwide critical acclaim, and was awarded the Camera D’Or at Cannes.
— Josh Ralske 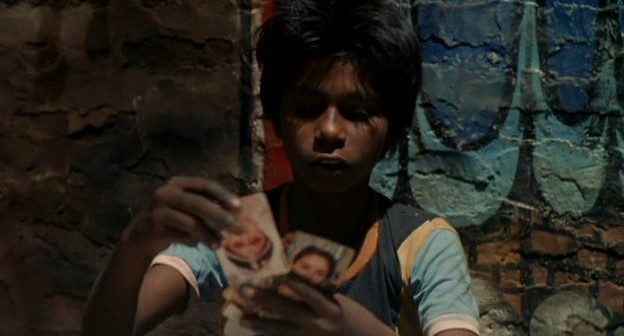 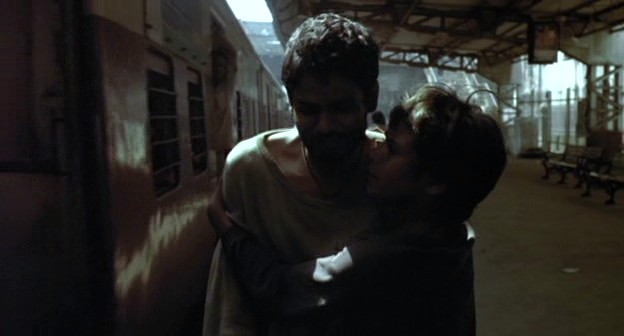