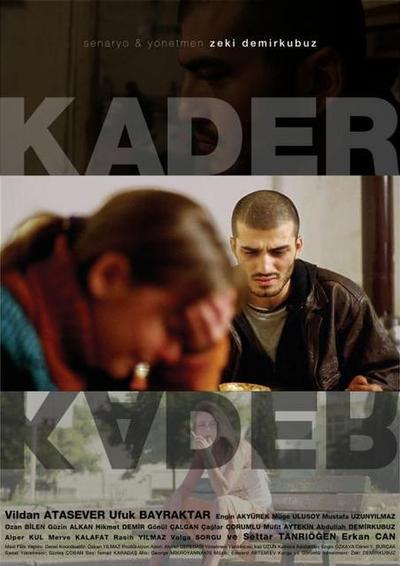 Spoiler:
Review:
Bekir is in love with Uğur, Uğur is in love with Zagor… Like so many other love stories, this is a simple one-liner. It begins one day in a shop when a man is swept off his feet by a woman. In the course of time, Uğur comes to mean life itself for Bekir. Uğur always comes into the room when Bekir is asleep. For Bekir, sleep and life are akin to an angel or devil, defining on which side of the borderline he stands between sanity and insanity. From that moment on, Bekir finds Uğur beside him whenever he wakes up – which most of the time is in a different town. With Uğur’s presence, Bekir finds life freed of all its absurdity and given instead a single meaning: Uğur. As far as Bekir is concerned, there is no need now to look for any further meaning. His sole form of existence is being with Uğur; it no longer matters which town he is in, which streets he roams, at which tavern he drinks…

But this is also Uğur’s story. Uğur has to cope with the sense of shouldering not only her own destiny, but Bekir’s too. Even the blazing passion she feels for Zagor is not enough to make her forget the burden of knowing another man’s life is in her hands. And one day she yields to her destiny, although Bekir’s far more than her own…

Destiny is in fact a road film, in which one character trails from town to town in order to be with another. Yet none of the stops along the way has the slightest significance: where Bekir and Uğur go or what they do is utterly immaterial. In Kader, Zeki Demirkubuz reflects on the past lives of the characters from his second feature Innocence. And his portrayal of the undefined relationship between these two people, of their endless drifting is extraordinarily powerful. It is a tribute to the alternately furious and loving words of Haluk Bilginer, who played the role of Bekir in Innocence; to souls overcome by love; to those who wake up to the eyes of the person they have fallen in love with; and to emotive one-line love stories