SYNOPSIS:
Expatriate Henry Miller indulges in a variety of sexual escapades while struggling to establish himself as a serious writer in Paris. From an IMDb reviewer:
This one is, by far, the most surprising project to be tackled by Claude Chabrol and one that seems to be greatly despised by devotees of Henry Miller (author of the autobiographical source). Being an aficionado of the French director myself (especially after going through the current comprehensive tribute and even if I omitted several of his best-regarded work, with which I was already familiar), I give no weight to such criticisms and, frankly, having preceded this with the vulgar 1970 Danish version, Chabrol’s stylish treatment of the same material grew that much more in my estimation (despite this being a rather choppy edition, since it loses some 20 minutes from the original running-time)! If anything, the film under review is far closer in look and approach to Philip Kaufman’s biopic HENRY & JUNE (1990), a portrait of the life and times of the taboo-breaking novelist himself, than the earlier cinematic rendition! 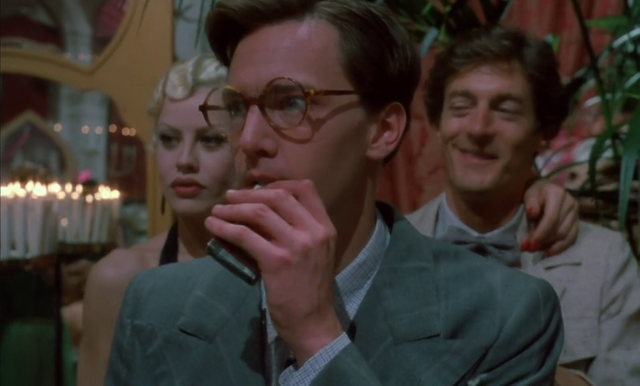 Whenever he chose to make period pieces, Chabrol always managed a detailed evocation of time and place: here, he seems to be particularly inspired by the ornate production design (not least a flashback/fantasy structure set in a desert limbo that recalls the “Angel Of Death” sequences in Bob Fosse’s autobiographical ALL THAT JAZZ [1979]), which provide a striking visual backdrop to the necessarily candid narrative. That said, the ample nudity (in this case, all the women are gorgeous) and potential tastelessness (the two protagonists simultaneously marry an underage girl, who is also not the retard depicted in the earlier version) are handled with sensitivity, eschewing sensationalism to the point of them appearing quite natural! 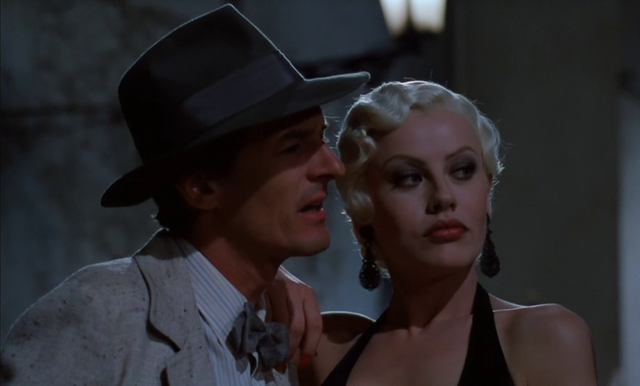 Incidentally, the loosely-related events of the original (and, presumably, the book) are presented here in a fairly organized manner and, while the whole may still feel insufficiently interesting (as per the “Cult Filmz” website), they certainly hold one’s attention much more than before. One of the thorns in the side of Miller fans here is the central casting, which I admit Chabrol could have improved upon, and also the way that their constant penury is basically ignored in this version (while adding a political subtext in its latter stages). That said, Andrew McCarthy (looking quite a bit like Johnny Depp!) is better than one could have anticipated in the role of Miller’s alter-ego Joey, while Nigel Havers is appropriately urbane as his more experienced pal Carl. By the way, one of the venues where McCarthy goes for a pick-up is a cinema which is screening Fritz Lang’s THE TESTAMENT OF DR. MABUSE (1933) – this is not only in keeping with Chabrol’s renowned admiration for the Austrian master film-maker but also foreshadows his very next effort, DR. M (1990), in which McCarthy himself appears in a bit part! 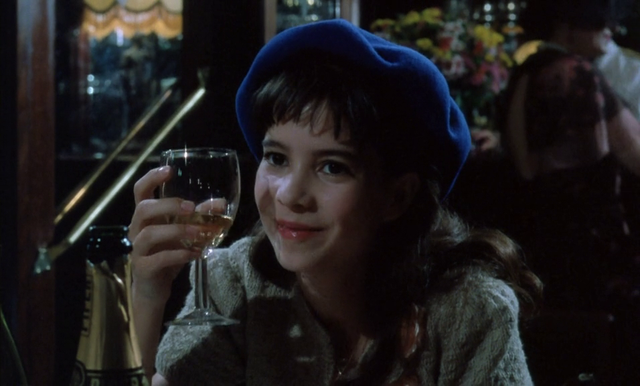 As I said earlier, the gallery of attractive females is given its due here: Barbara De Rossi (as McCarthy/Miller’s true love Nys, though she finally opts for security with mild-mannered Dominique Zardi, a Chabrol fixture), Stephanie Cotta (as the teenage temptress Colette – even lustfully ogled by middle-aged aristocrat Mario Adorf), Eva Grimaldi, Anna Galiena (perhaps coming off best as the client who demands payment for her services at gunpoint – a scene which turns up towards the end here whereas it opened the 1970 version!) and, of course, the ubiquitous Stephane Audran – the former Mrs. Chabrol and whom he apparently still could not do without, at least in his films – as a sprightly Madame. Ultimately, therefore, while I was all prepared to hate this going in – after having bumpily made it through the 1970 original – and denounce it as a huge mistake for Chabrol, I have to say that I was sufficiently entertained and titillated by the (pardon the pun) heady cocktail of sex and death. 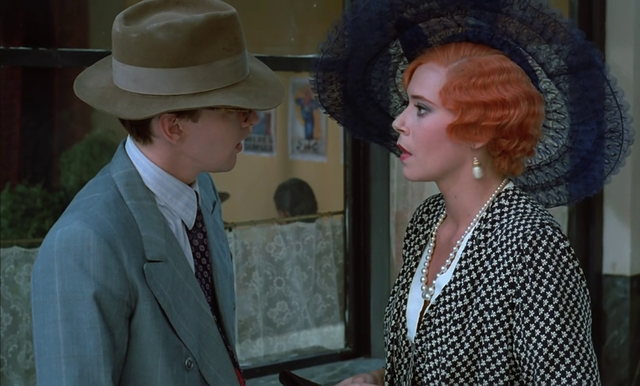 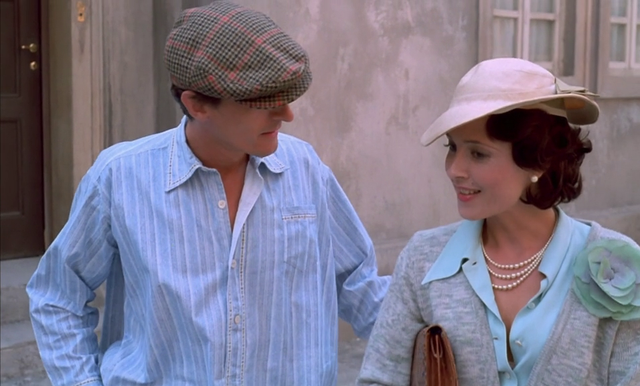