Amazon.com—
This ambitious 1979 Russian film attempts no less a feat than the encapsulation of the tumultuous history of Russia in the 20th century. Written and directed by Andrei Konchalovsky (Runaway Train, Tango and Cash), the film weaves an engrossing tale of three generations of two Russian families in the remote region of Siberia, each trying in their own way to find fulfillment in their lives as they seek to reconcile themselves with the ever-changing landscape of their homeland. Sandwiched between the chaotic events of the First and Second World Wars, as well as the Russian Revolution of 1917, the people of the small village find themselves at the cusp of great changes, from communications to the expanding infrastructure and the changes that brings, to the discovery of oil and the riches and perils that come with it. Konchalovsky juxtaposes archival footage with stunning cinematography and contrasts the assaultive changes of the modern world with the timeless impulses of family and the enduring need to adapt and survive. Reminiscent of such great films as Giant and 1900, Siberiade is a visually adept and stunningly effective epic about the price of a country’s history on its people. —Robert Lane

The Russians are coming! The Russians are coming! Once the paranoiac’s rallying call to make known his fear of communism, now a sign of Kino’s efforts to bring to video some of the greatest monuments in Soviet cinema from the Cold War. First out of the gate is the very finest, Andrei Konchalovsky’s Siberiade, winner of two awards at Cannes in 1979, the same year laurels went to other works about war and resistance, from Apocalypse Now to Norma Rae, and one year before Konchalovsky’s frequent collaborator Andrei Tarkovsky stalked La Promenade de la Croissete. A sign of things to come, and walls to fall down, American and Russian film artists seemed to be working in tandem to sort through the rubble of their respective collective pasts and terrifying current states of affair.

Konchalovsky’s 260-minute totem to the Soviet spirit must have been rattling, a precursor of sorts to Elem Klimov’s Come and See (even Emir Kusturica’s Underground), prone to poetic abstraction and exuding a magical-realist’s reverence for history. Each part of the film is a decade-link in the Russian chain of history as seen and experienced by the people of a remote Siberian village, beginning in near-medieval dignity during the Russian Revolution and sprawling tragically toward the industrial present. Each segment of the film is a mini-masterpiece that gets to the core of the Yelan people’s obsessions, romances, and loyalties, set against and around sacred woods everlastingly skulked by a cute grizzly and eternal grandfather and above which geese dart and mark the skies and a northern star flickers with a haunting sense of majesty and fear.

Trees fall to the ground with great sadness, symbols of nightmare encroachments to come; people thrash their way toward boats, down misty rivers when human confrontation becomes impossible to bear; acidic swamps explode in flashes of fire during wartime; and a village gate is casually and callously bulldozed by men sent to siphon the Yelan people’s oil. Equally voluptuous is Konchalovsky’s filmmaking, which adopts the madness of his characters, never settling for complacency, sometimes collapsing into golden monochrome like a person trying to peer at the world through a hand across the face, trying to shield the painful red that spills from the guts of soldiers. Filling the gaps are brilliantly disconcerting transitions of Soviet history in motion, told in images that engage silent-film idiom but set to a thoroughly modern score by Eduard Artemyev. This is filmmaking of the rarest kind, greatly tugging on our heart and moral and political consciousness. —Ed Gonzalez, Slant Magazine 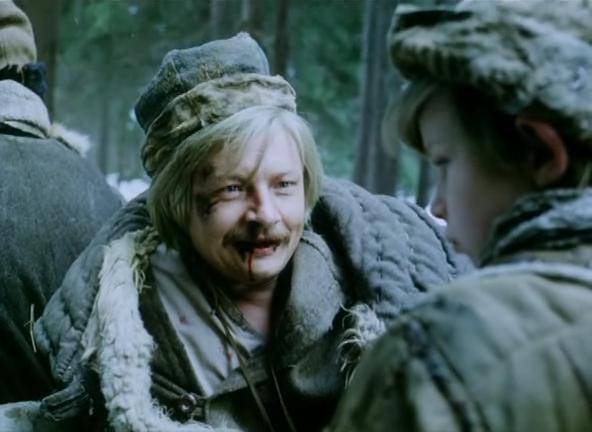 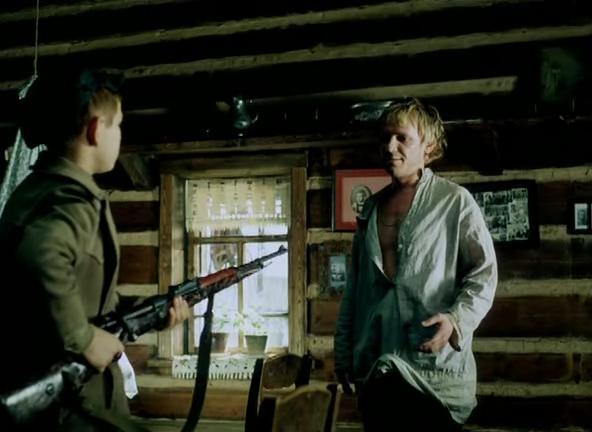 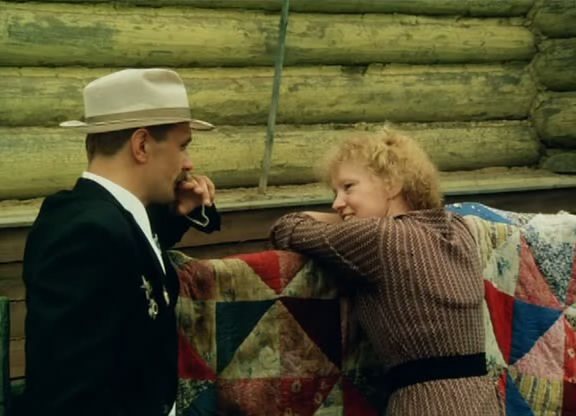 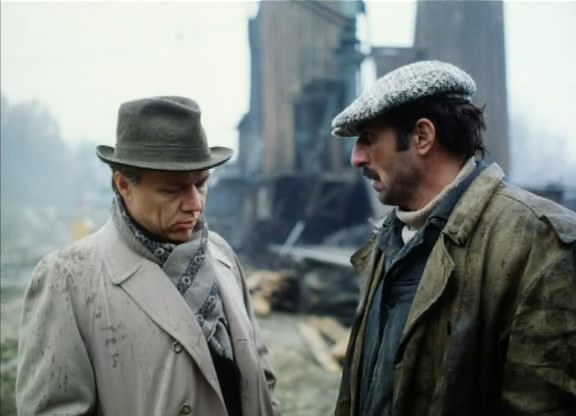