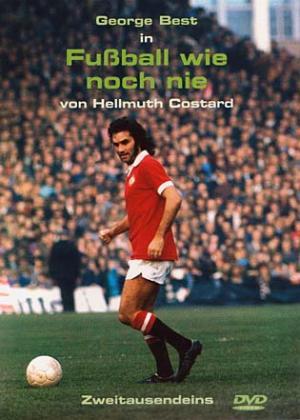 The sun shone on Old Trafford on 12th September 1970 as Manchester United beat Coventry 2:0 in a league match. It was not an important victory; that season Man Utd would only be also-rans in the race for the championship. But a record was preserved of the match that is probably unique in the history of film and television. Using eight 16mm cameras, Hellmuth Costard, one of the most important experimental filmmakers in German cinema of the 60s and 70s, followed every move over the 90 minutes of the man in the red jersey with the number 11 – traditionally associated with the conventional outside left, but here worn by the mercurial George Best.

There are hardly any wide shots in this film, the cameras are trained on George Best throughout, and we follow the progress of the game only through his actions and reactions. We only see the ball when it comes near Best, and most of the time it is only Best in shot. The viewer can only guess what his happening on the pitch to make the 24 year old star from Belfast run, sprint, turn, pull up or stand still. We don’t even see the second goal, just Best’s lay-off that sets up the chance. Only when he congratulates Bobby Charlton do we realize who has scored. And it is only by observing the markings on the grass that we realize how little time Best spends in the vicinity of his own penalty area. Football As Never Before is a film without cut away shots, which makes it the exact opposite of most television today. Even the crowd is only a blur in the background.

What at first seems like an eccentric experiment turns in the course of the film into something much more valuable: never before has the spectator had such a clear view of a player’s progress through a match and his attempts to “read the game” – or such an insight into how carefully a player like Best paces himself. Particularly in the first half he spends far more time waiting for the ball than in possession of it. At times he seems to be just standing around hands on hips, at others he strolls around the pitch like a man out for a walk – even the referee overtakes him en route to the opponents’ goal. And then, out of nowhere, he explodes into action, as he does for the first goal.

With the passing of time, Football As Never Before seems like an exercise in nostalgia, and not only because George Best’s decline from the status of football icon has been so widely reported in the media. Nowadays football is much faster and more athletic; any Premier League manager of today, faced with a player who runs as little as Best, would substitute him at half time. The demand for total commitment must have been less unremitting in those days. So there is hardly a nasty foul to be seen, no one rolling on the ground theatrically to get an opponent booked, and certainly no arguments with the referee. And the absence of perimeter fencing to keep the crowd off the pitch would be almost inconceivable now.

The professional game today is surrounded by a lot of media hot air, with players encouraged to give an opinion on every trivial incident. Football As Never Before is a film without any kind of verbal commentary. When the players go off at half time in Costard’s film, the camera seems to follow Best until the star suddenly stops and looks straight into the lens – calmly, without saying a word. The shot seems to communicate his thoughts about the match, like an interview without words – until closer inspection of the state of Best’s beard shows this sequence was filmed on a different day.

The green grass of the Old Trafford pitch becomes on screen a shimmering blue-grey, as bleached and faded as the pale blue jerseys of Coventry City. The contrast makes United’s red shirts seem even more intense – like a fervent political statement. At around the same time the German documentary duo Rolf Schübel and Theo Gallehr were filming a workers’ strike. The title of their film was Rote Fahnen sieht man besser (Red Flags are Easier to See). Football As Never Before is a film that celebrates the iconic use of colour. As the Frankfurter Rundschau commented at the time, its concentration on one player actually shows “the true extent to which the sport is all about teamwork”. For such a politically aware filmmaker as Costard, reviews like that in 1970 would have been music to his ears. 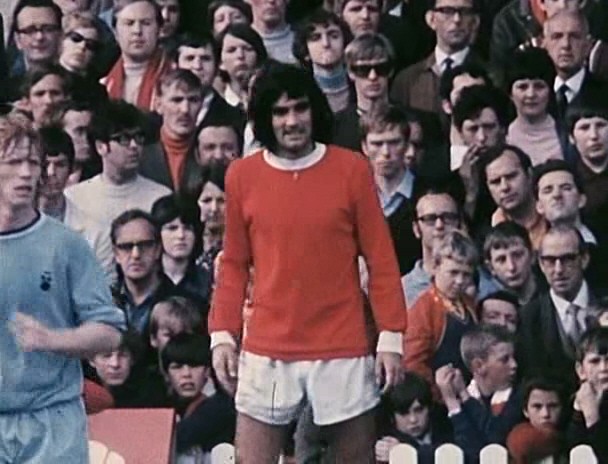