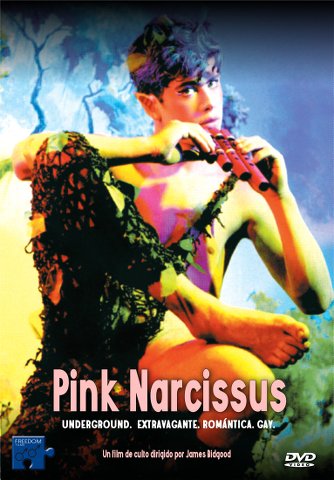 The film is essentially a piece of gay erotica (more erotic than explicit) about an impossibly handsome young man (played by Bobby Kendall), obsessed with his own beauty and youth, who escapes the realities of street life through intricately choreographed fantasies in which he portrays a Roman slave, a matador, a wood nymph, and a harem boy. Characterized by searingly bright colors and highly stylized visual elements (sets, props, and costumes), Bidgood’s design for the film has been endlessly emulated by commercials and photographers to this day. PINK NARCISSUS is a “must see” for anyone interested in contemporary art, the pre-Stonewall sensibility, or the history of underground film.

2003 has been a great year for the gay avant-garde on DVD. The British Film Institute released, for the first time anywhere (legally), Jean Genet’s Un Chant d’amour; an Italian company is set to release Andy Warhol’s split-screen epic, Chelsea Girls; and if Fantoma — the little company that could — keeps their promise, we’ll get a disc full of Kenneth Anger films by the end of the year. Amidst all the higher profile releases and announcements, however, Strand Releasing, quietly and without fanfare, put out one of the greatest films of its kind of the gay avant-garde: James Bidgood’s Pink Narcissus. “Whose Narcissus? James Whogood’s Whatsis?” you ask yourself. First of all, if the prominent names cited above mean anything to you, stop reading this, and just buy Pink Narcissus already. You will not need any further persuasion from me. If you still need some convincing, read on.

Pink Narcissus is reminiscent of Genet’s Un Chant d’amour in its obsession with flowers, rough sexuality, and extraordinary male beauty, but it is more like a drag queen’s opium-soaked dream version or a Disney adaptation of Genet’s work than it is a direct descendant. (The film is aptly described by J. Hoberman as “a gay Fantasia…one part underground extravaganza, one part romantic porn.”) Although dialogue is non-existent and plot is very thin, the story concerns a young male hustler or kept boy who whiles away the hours waiting for his john captivated by his own beauty and imagining himself a Roman slave or a Turkish prince. The room in which the boy seems imprisoned and his fantasy worlds are lavishly imagined: every surface is bedecked with rhinestones and paste jewels, draped in pink chiffon and lace, and lit with purple and magenta gels. Whole landscapes are built out of potted plants, plastic flowers, papier-mâché and chicken wire constructions, and diaphanous backdrops made from old dresses. The idle fantasies of the protagonist triggered by a piece of music or a random thought take tangible shape and form an artificial paradise, a Garden of Eden where butterflies float by on thin wires and the stars are pinpricks in a black paper sky. The highly artificial production design of the boy’s real world and his fantasy worlds share characteristics of each other, and it is sometimes difficult to discern fantasy from reality in the film. Surely, this is no mistake, as Bidgood seems to want to demonstrate how real life is inescapable. Bidgood further melds the two worlds by beginning some fantasy scenes with storybook romantic overtones and then infusing them with the inevitable corruption and sexual degradation of the real world.

To the modern eye (and, to be fair, to the contemporary 1960s eye), Bidgood’s film might seem hopelessly kitschy. A boy wearing white lace pants and sequined go-go boots prancing around a forest made from plastic foliage, chiffon, and glitter? Please! Admittedly, it sounds like a laugh riot, but the sincerity and the forcefulness of Bidgood’s vision as well as his mastery of design, lighting, and filmmaking all contribute to a captivating experience. He also evinces a strong sense of the erotic, never revealing everything when the mere suggestion will suffice, never spilling over into prurience when titillation will do just as well. The art of Bidgood’s film, however, is not just in its unique vision or exceptional sexiness, but rather in the sense of nostalgia it creates for an idyllic gay utopia that never actually existed or that only exists sometime in the distant future. In addition to its intense, lyrical eroticism and fantastic beauty, the film evokes a genuine sense of sadness for its hero who, despite being blessed with incredible good looks and a comfortable life, remains the proverbial bird in a gilded cage.

Pink Narcissus cannot really be called an important film because it never received the kind of circulation or attention (outside of a devoted group of acolytes) it needed to earn that status. By the time the film was wrenched from Bidgood’s hands, the era of artful and tasteful erotica had long since passed, replaced by the mainstreaming of hardcore pornography. By 1971, Bidgood’s film was too tame to be considered a turn-on and was too gaudy and sentimental to be considered art. If people wanted to see a gay film, they were much more likely to head to Wakefield Poole’s Boys in the Sand to see Casey Donovan do things that would make a longshoreman blush than they were to watch a boy in stretch pants staring at his own reflection. If they wanted to see art, they were much more likely to head to MoMA to see the latest Stan Brakhage or Jonas Mekas film than to watch the erotic reveries of a former costume designer. The film’s reputation is a victim of the incessant tinkering and stubborn perfectionism of its creator. If the film had been finished in 1965 or 1966, Bidgood might be considered the peer of Kenneth Anger or Jack Smith, but it is only in the last few years that he was actually identified as the creator of the film and that his work as a filmmaker and photographer has begun to be recognized as art. Even to this day, the film and its maker remain recognized only by a small coterie of devoted fans and explored by a single work, Bruce Benderson’s exemplary monograph on Bidgood (which I recommend to anyone as taken with this film as I am). With this film now available on DVD, I still do not expect that Bidgood’s reputation will rise or that his name will become a household word. I do not expect that a single person who has not already seen the film will race out to buy it on DVD. I am just happy that I and the few people like me who are fans of the film can now have it tucked away in our DVD collections like the beautiful and secret fetish object we always knew it was. We can take it out on rainy days, watch Bobby Kendall pretend to be a matador, and get lost in someone else’s fantasies for a while. 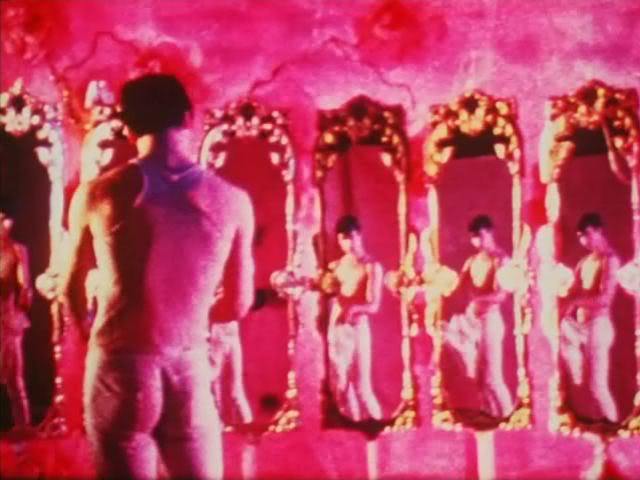 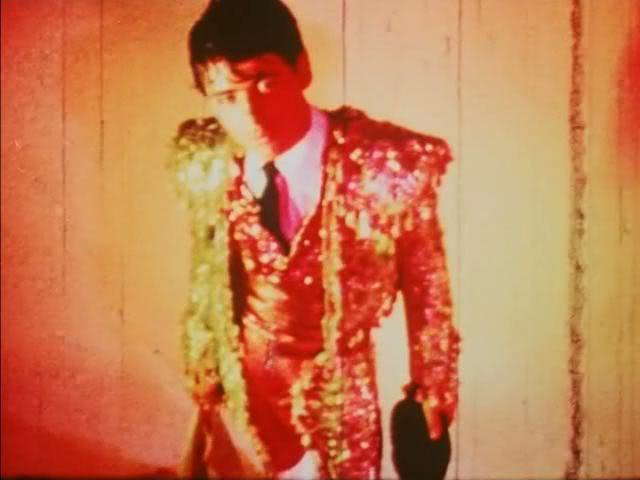 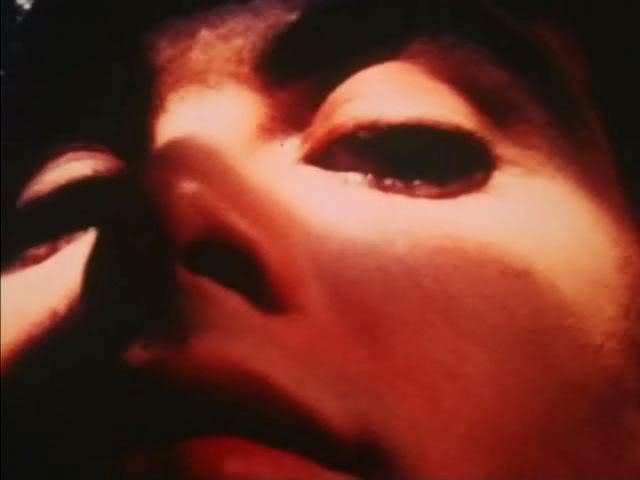 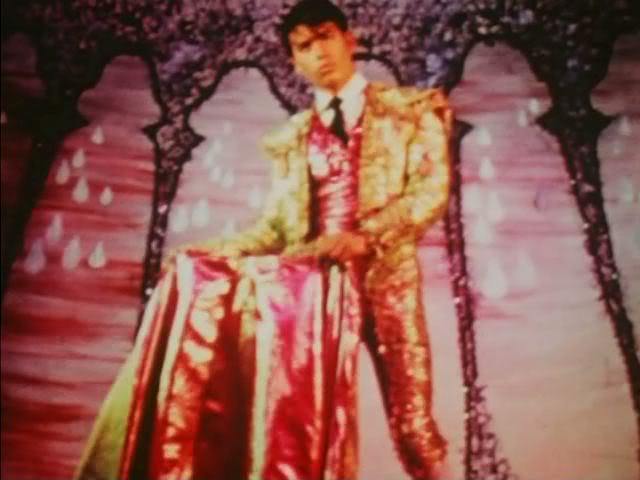 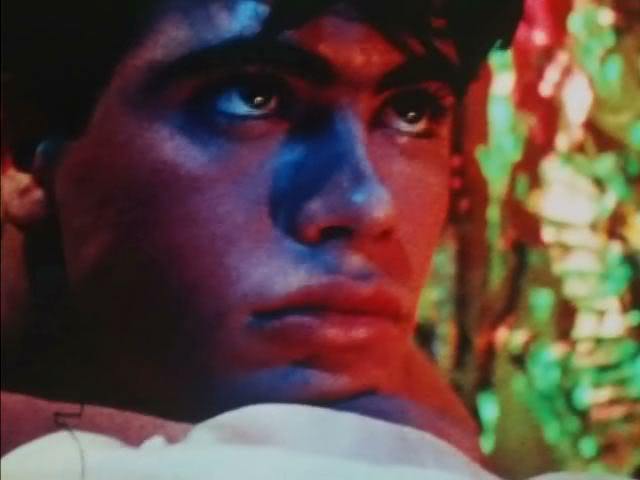 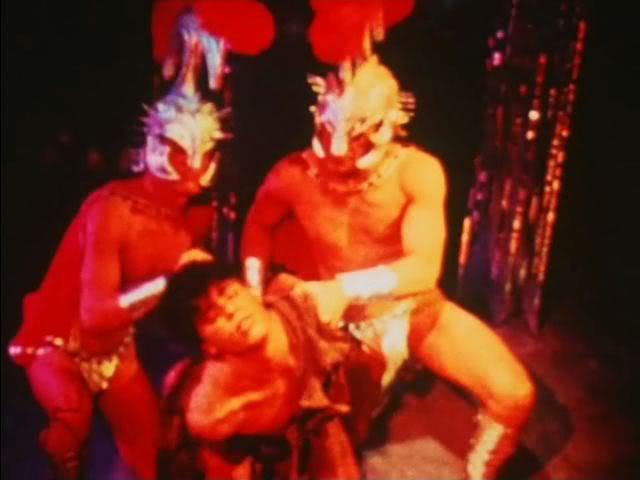 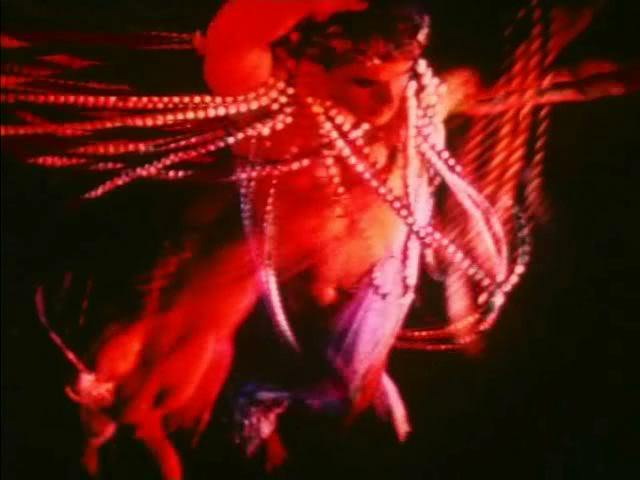 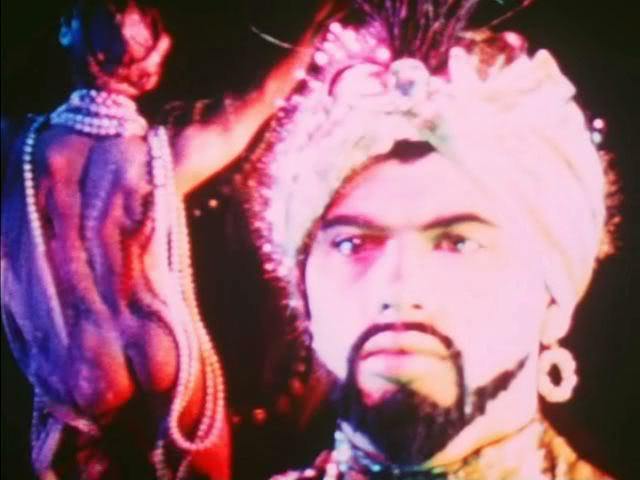