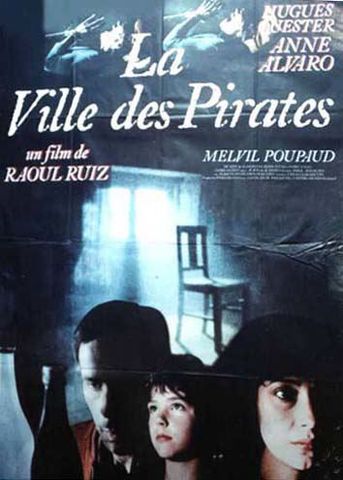 Raúl Ruiz’s City of Pirates is (de)composed under the sign of Surrealism, with its trust in ecstasy, scandal, the call of the wild, mystification, prophetic dreams, humour, the uncanny. Given the surprising swerves and disorientations evoking Buñuel and Dalí, and the confidence in a poetic discourse recalling Eluard and Péret, one wonders if Ruiz didn’t elaborate his scenario using the Surrealist mode of automatic writing. Troubled, graceful Isidore – Ducasse and Duncan? – is a purely Surrealist heroine, part Ophelia, Salomé, Bérénice, prone to trances, somnambulism, hysterical seizure, contact with the ‘other side’. Her calm violence links her to the real life murderesses – Germaine Berton, the Papin sisters – exalted by Breton’s circle, and by Jacques Lacan. Indeed, Lacan’s notion of a psychoanalysis in which the analyst stays off his patient’s wavelength, inspired by the idea of ‘surrealist dialogue’ in which paired monologues at cross purposes strike sparks of meaning off each other, underpins the scatty trajectory of Ruiz’s own graphomania, snared this time as the tale of a Pirate’s City.

There is no city of course, just a spooky castle on a rocky island (although Tobi [Hugues Quester] does tell us that his madness is due to a hatred of big cities). The rocks and the sea are not the only echoes of the quintessential Surrealist film, L’Age d’or (1930). Cryptic and humorous touches in Ruiz are like reprises of Buñuel’s dialogue, as when the dying cyclist offers Isidore (Anne Alvaro) anything she wants, ‘a radio, corned beef, calamari’. The kiss in the garden shared by Isidore and Tobi completes one consummated by Gaston Modot and Lya Lys. The Spaniards who must fight the pirates once a year evoke the invading Majorcans who built Rome in a day in 1930. The Surrealist object as seen in L’Age d’or – Modot fantasies a woman’s masturbating finger in an ad for cold cream – lives again in Isidore’s suitcase containing chicken legs, cabbage leaves and a severed prophet’s head that lights up when read poetry. The jokes in Ruiz’s film partake of the ‘Umour’ of Jacques Vaché, anarchist dandy, Breton’s mentor. Indeed, the paper boats that Isidore and Malo (Melvil Poupaud) float on the oozing blood of her murdered father directly echo one of Vaché’s black tales. And when a bouncing ball is interpreted with much aplomb by Isidore’s parents as their lost son, we are reminded of a similar enigmatic ball ricocheting through a scenario by the Surrealist poet Robert Desnos.

If it is useful to map out this constellation of congruencies – in an attempt to extend not empty the richness of Ruiz’s work – then perhaps City of Pirates should be read as a film fantastique, sharing something of the trance-like, morbid poetry of Maya Deren and the paranoid Manicheism of English SF cinema of the early ‘60s. The drawing of the baleful child Malo owes something to the intense, malign ‘children of the damned’ in the film of the same name. The willing suicide of the cyclist, destroyed as much by the amoral stare of the boy as by his skill with a razor, echoes the unforgettable shotgun death of Mervyn Johns (although it is difficult to remember which of the Damned cycle this was in, Leander’s, Rilla’s, or even Losey’s). The tumescent, terrible sexuality that drives the narrative along takes on a vampirish quality. The ghoulish and lascivious Malo eats only garlic; Tobi’s alter ego, his sister Carmela, evokes Le Fanu’s lesbian bloodsucker Carmilla; Isidore’s pregnancy makes us think of raw liver-eating Rosemary: oral sadism, cannibalism even, underpins these images.

Much of the pleasure in Ruiz comes from the aesthetic means he employs to suggest the Surreality inhabited by his desiring machines. (Of course their world looks exactly like our own.) His maniacs live in, and for, contradiction. When the tide is on the turn, as the opening shot shows, it comes in and goes out at the same time. Surprise, invention, paradox are Ruiz’s touchstones. He believes in affirmation through irony, the clarity of enigma, deferred resolution, outlandish change of mood.

He moves forward by staying in the same place. The tales his characters tell echo each other in certain details, enough to suggest an occult order behind discrete events. (The literal device of a vicious secret society controlling events is a delicious deus ex machina.) A newspaper is repeatedly read in preference to hearing real-life stories. Father’s aching teeth recall the cyclist’s soaking in a glass, and evoke the cadaverous Isidore’s gaping maw.Ruiz’s striking framing, with enormous foreground objects united through deep focus to background subjects, recalls not so much Welles as Hitchcock’s experiments in his Freudian melodrama (Spellbound [1945], with its dream sequence by Dalí), or even the beach nude photographs of Bill Brandt. In one extraordinary and hilarious shot, the camera peeps from inside a mouth, teeth and gums framing the image top and bottom. Kitschy, tinted seascapes add little but themselves. The music persistently suggests imminent climax, but never delivers. Switches from colour to monochrome seem to add credence to the idea that Ruiz’s whole film is a gratifying and elaborate subterfuge intended to keep meaning at a distance. For many audiences, the free-associating, poetic dialogue will ensure this is so.

Attempting to sum up City of Pirates, one finds phrases like ‘family romance’ (Freud), ‘puer aeternus’ (Jung), ‘the myth of the androgyne’ (Boehme), springing to mind. What binds Ruiz’s lost souls to each other’s desire is an Oedipal, narcissistic quest for identity, for a place in the world other than by a poolside, by water. A sister wants to meet her brother, a mother and father their son. A boy kills a father and a brother. A son wants to be his sister and his mother. A mother offers advice on how to live with the Eternal Return.

Desire depends upon creating an unbridgeable distance to ensure infinite pursuit of the object. If Ruiz’s film palls in its compulsive retreading of trod ground, in its insistent miracle-working, it is because such desiring fictions are by definition interminable, and autonomous. The cinema, of course, is the ideal location for such doomed searches for the cathartic image, for recapturing the eternal, dangerous moment of looking: ‘Risk introduced in thought as much as in the world, in the realness of thought as in external reality, that which is not found, that which is only met in meeting itself’ (Maurice Blanchot).

© Paul Hammond 1985, adapted from a review in Monthly Film Bulletin. Reprinted with permission of the author at Rouge Press 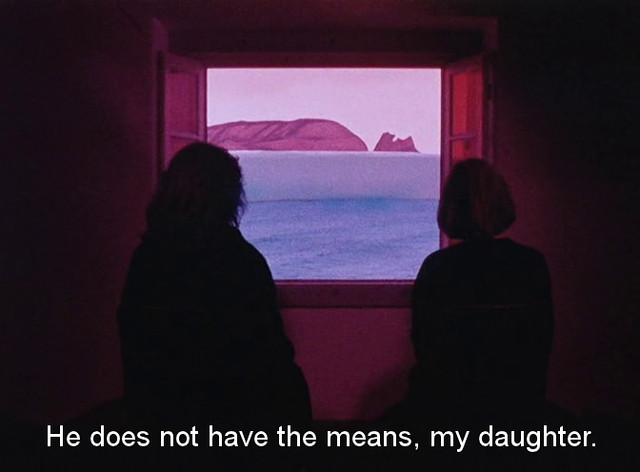 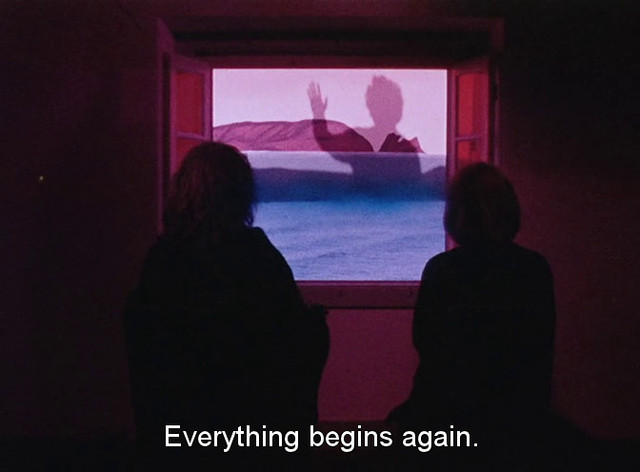 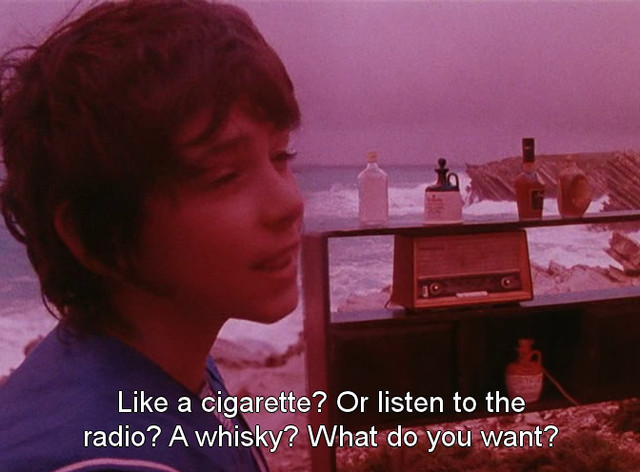