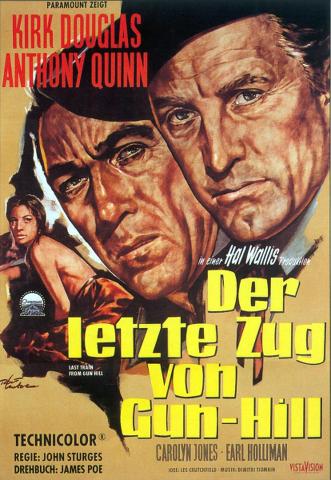 Last Train from Gun Hill is a 1959 Western by action director John Sturges. It stars Kirk Douglas, Anthony Quinn, Carolyn Jones and Earl Holliman. Douglas and Holliman had previously appeared together in Sturges’ Gunfight at the O.K. Corral, which used much of the same crew.

The script is by James Poe, based on a story by Les Crutchfield. The film contains elements of High Noon, 3:10 to Yuma and Sturges’ own Bad Day at Black Rock.

summary:
The wife of marshal Matt Morgan is raped and murdered. The killers leave behind a distinctive saddle, that Morgan recognises as belonging to his old friend Craig Belden, now cattle baron in the town of Gun Hill. Belden is sympathetic, until it transpires that one of the murderers is his own son Rick, whom he refuses to hand over. Morgan is determined to capture Rick and take him away by the 9.00 train; but he is trapped in the town alone, with Belden and all his men now looking to kill him. 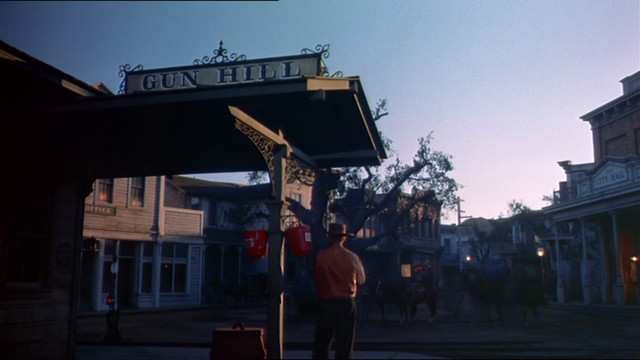 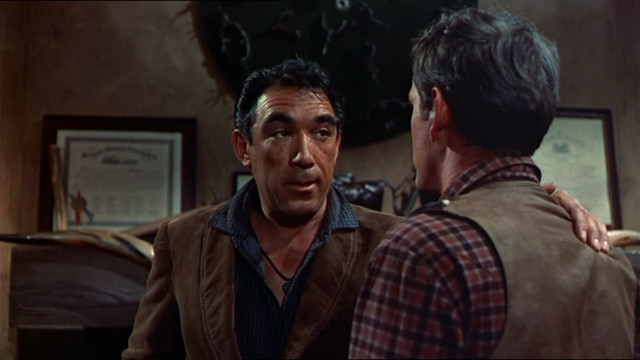 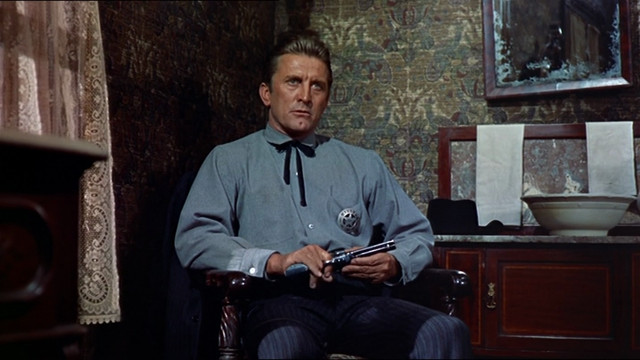 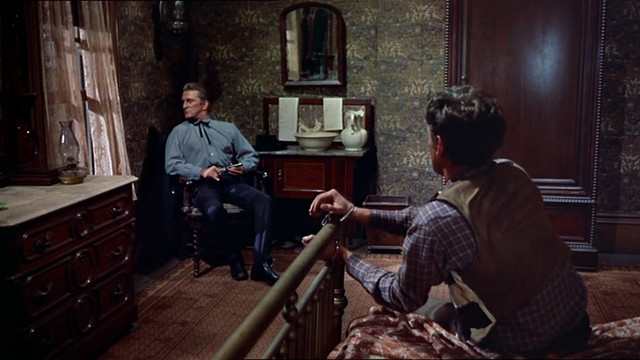 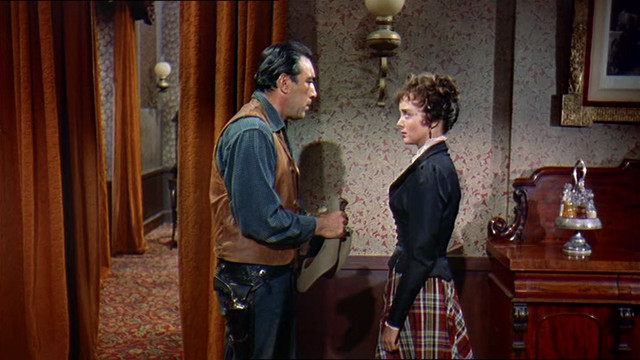