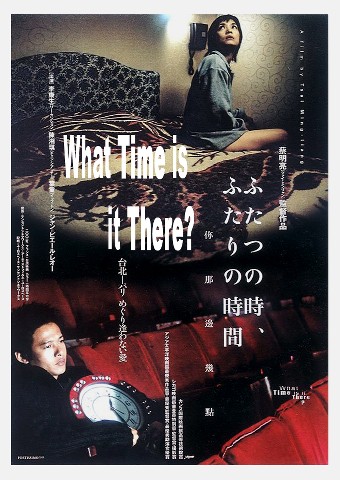 Quote:
Tsai Ming-Liang follows his trademark ‘pondering static camera’ (“Rebels of the Neon God”, “The River”, “The Hole” and “Vive L’Amour” ) with his fifth feature film, “What Time is it There?”. His unconventional style will deter many cinema goers who might envisage something more easily penetrable, perhaps requiring less speculation. In a pure minimalist vein, Tsai uses no music (aside from “The 400 Blows” theme played sparingly). There is no cinematographic panning shots… no camera movement for each take. Each scene is a single static shot. There are almost no close-ups. There are extremely long stretches without any dialogue. Hopefully, this does not send you running in the other direction because it is indeed a wonderful viewing experience touching upon many important modern emotional themes.

The major plot focuses on a watch-selling street vendor named Hsiao-Kang played by Kang-Sheng Lee who has appeared in all Tsai Ming-Liang’s feature films (NOTE: Hsiao-Kang is also his real-life nickname). In the film his father has passed away and he and his Mother (Lu Yi-Ching) have amusing difficulty in accepting this, coping in their own unusual fashion. Hsaio-Kang has just sold his own watch to a beautiful girl, Shiang-Chyi Chen, who is now in Paris. His longing for her manifests itself in his desire to watch French films (Truffaut’s “The 400 Blows” ), drink wine, and set every clock and watch within his grasp to Parisian time.

Because of Kang’s obsessive time piece adjustments, which is misconstrued by his Mother as a sign of her deceased husband’s reincarnation, the three major characters of the film become somehow synchronized. Shiang-Chyi Che co-incidentally meets the actor Jean-Pierre Léaud, star of 1959’s “The 400 Blows”, on a park bench in a cemetery (actually right across from Léaud’s real-life home in Paris). All three major characters eat at the same moment and Kang, his Mother and Shiang each have a meaningless sexual escapade simultaneously. Shiang beds a friendly female she meets whilst vomiting in a restaurant toilet, Kang has sex with a thieving prostitute in the backseat of his car and the Mother masturbates with what looks like a whicker basket, to a photo of her deceased husband close by.

Tsai has a magnificent eye his shots are wonderfully abstract and refreshing. Most often he does not allowing the focus of activity to be in the center of the frame, lending itself slightly to an aura of realism. Tsai and his films have been compared to great directors of the past including Antonioni, Bresson and even Keaton. Michelangelo Antonioni for his use of sparse dialogue and recurrent theme of personal isolation. Buster Keaton for Kang’s comedic dead-pan sense of natural timing. Regardless, Tsai’s films all work from their own level of eccentricity in both the tone and examination of prevalent motifs.

Pointing out life’s absurdities in an honest and dour spirit, Tsai recounts previous film themes such as lack of communication, self-imposed solitary depression, indiscriminant sexual acts predicated on overflowing desire and new for this film; coping with death. He both exposes and pokes fun at his own Buddhist religious conventions while maintaining an arm’s length respect. It is all at once humorous, honest and sad. Photographed with style and beauty, this aspect of Tsai’s work has matured enormously. It is hard not to refer back to many scenes of his past films, if you have been lucky enough to view them. I strongly recommend this film, but suggest that first-time viewers may garner more from a gradual transition to Tsai’s work, perhaps seeing them in chronological order. To state simply that I loved this would be an understatement. I am so enamored with it and feeling pretty eccentric myself these days so I just set my computer clock to Parisian time… and urge you to do the same. 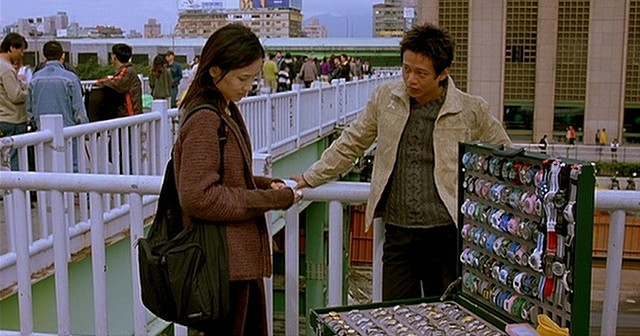 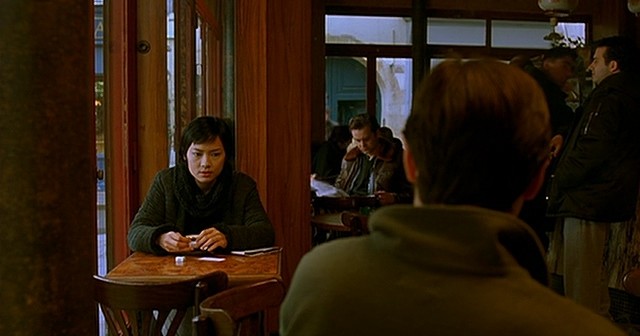 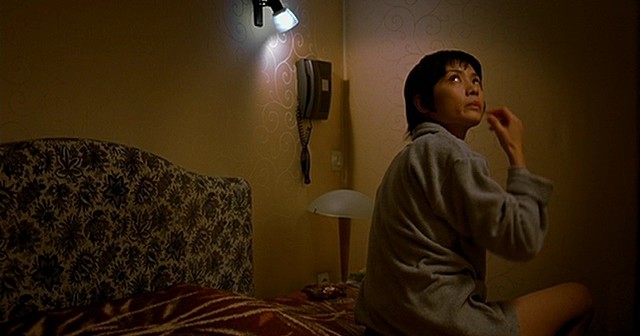 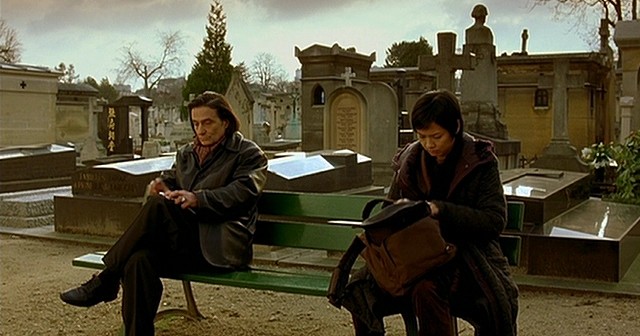 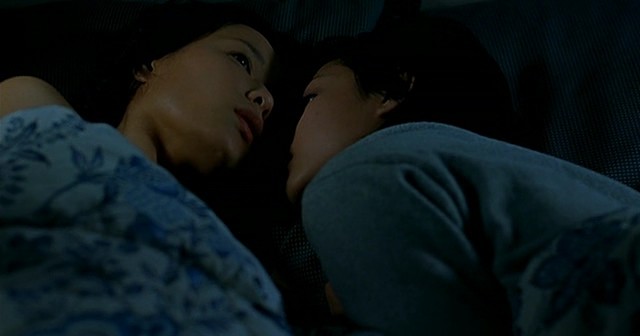