Review
Highly stylized
Noted Mexican filmmaker Arturo Ripstein (Deep Crimson) presents a highly stylized, almost stagebound, erotic melodrama about life in the 1940s in Mexico (filmed in the lush style of 1940s melodramas). It’s based on the story by Max Aub and penned by Alicia Paz Garciadiego. The narrative is in the form of a repetitious parable that is overlong, hitting many dull spots and at times insufferable to watch. It stays on message to show a series of themes (colonialism, class warfare, racial and idealogical divisions and revolutionary fervor in both Franco’s Spain and Mexico) based on real historical events and combines it with the fictional story of the willing enslavement to the upper-class of the peasant Indian Mexican named Nacho (Luis Felipe Tovar). 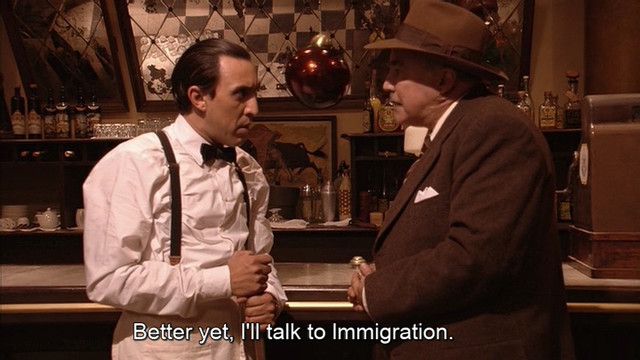 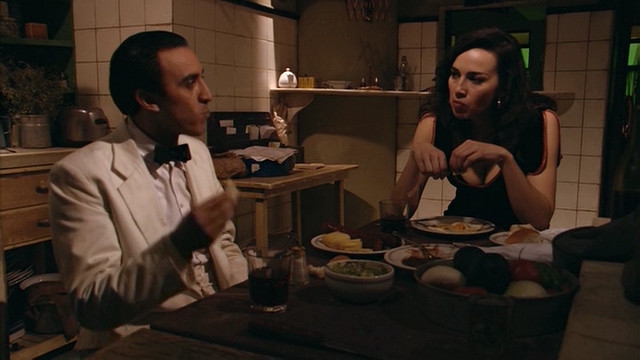 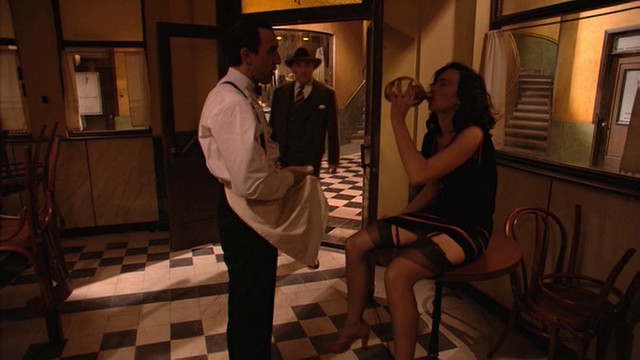 Nacho is a servile waiter at the Cafe Ofelia in Vera Cruz, whose corpulent boss Don Lazaro (Julian Pastor) prides himself as being a full-blooded Spaniard even though he was born and raised in Mexico. The obedient brown-skinned waiter relaxes at night by jerking off to porn photos, and puts up with his boss’s disrespectful way of treating him without getting angry (in a patronizing way the boss even likes Nacho). Things change one night when a sexy drunken, opium taking foreign whore, Lola (Ariadna Gil), hangs out at the bar and Nacho falls madly in love with her. Lola, who claims to be a Russian revolutionist living in Germany at one time as a circus performer and is not a Spaniard as the cafe owner believes, is only interested in a career-minded brutish masked wrestler named Gardenia Wilson (Alberto Estrella), whom she said gave her the best fuck she’s ever had in her life and wants desperately to reunite with him. When the wrestler encounters Lola he rejects her as a worthless slut, which doesn’t stop her from still wanting to become his slave lover. Meanwhile she has a sadistic streak in her and takes advantage of Nacho’s slave-like devotion of her to treat him like dirt while only allowing him to kiss her feet as he devotes his life to try and please her every whim. The masochistic relationship continues as a group of artistic Republicans, expatriates from Spain, regularly meet in the cafe and sing songs from Gilbert & Sullivan’s Mikado and impotently proclaim they should kill Franco. Nacho befriends the most human of the bunch, Gimeno (Juan Diego), who is a photographer of high-brow art that reflects his anarchist beliefs through historical reenactments. At his wit’s end and losing track of reality at a fast rate, Nacho believes he can gain Lola’s respect and thereby her love by killing Franco (something she echoes in her dreams). Nacho works things out with his photographer friend to stage a series of photos showing the waiter killing Franco. 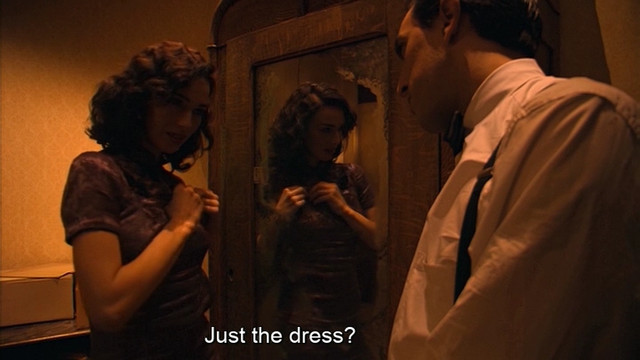 The film is more satisfactory for its symbolic worth (only through art can one transcend the miseries of life), its arthouse look and beautiful visual sets (by production designer Antonio Munohierro) that offer a dazzling smoky atmosphere bordering on being surreal and other worldly than for its dramatics. Ripstein’s presentation of the revolutionists as futile dreamers who are delusional and who are as doomed as the waiter (the only hope for Mexico’s salvation if he can find that voice inside) and the floozy either because they can’t act on their desires or because their desires are too perverted, gives the film its gravitas but fails to uplift it emotionally. It was hard to care about any of the characters, who were only used for symbolic effect and never seemed like real flesh-and-blood people.
Dennis Schwartz, 6/20/2005 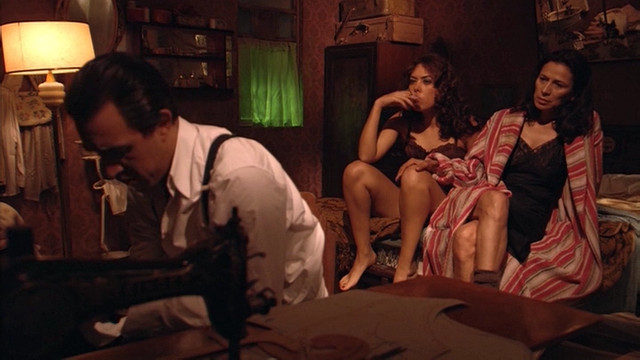 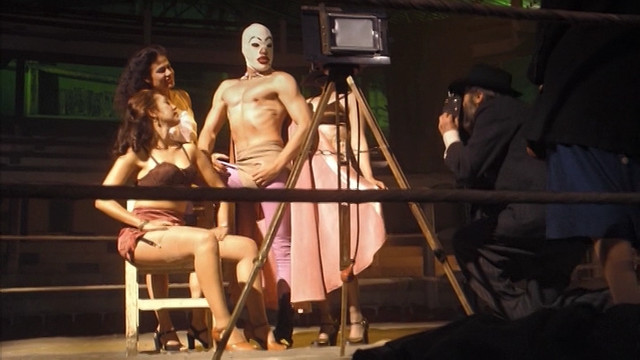