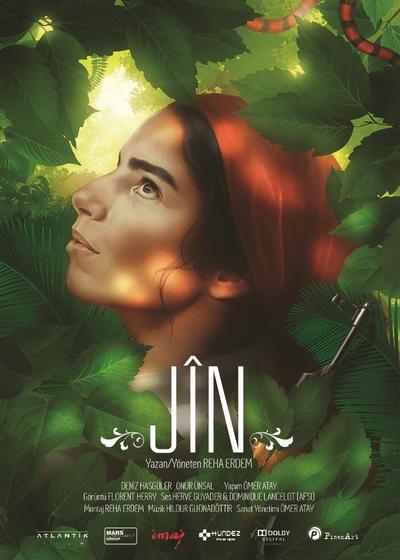 With her red head scarf, her encounters with grandmother, and her need to return to family, Jîn slips easily into the Red Riding Hood mould but this is not so much an update as it is a return to the tales rustic and very cautionary roots. Writer/director Reha Erdem has constructed a reality that nods to the past but eases back on the levels of codification that obscured the tales original purpose. Primarily, and most powerfully, Erdem reinstates men into the role of the wolf. And not just one. At every turn, Jîn is faced with a violently gropey suitor. Every (male) hand extended to her inevitably bares its claws.

Interestingly, and very satisfyingly, Erdem inverts the idea that “traditional” “family values” are a point of sanctuary. In actual fact, the further Jîn travels away from the danger of her guerrilla existence, the more peril she finds herself in. Stripped of her headscarf and arms, the young girl becomes just that: a young girl. She is suddenly easy prey for consumption, something Erdem underlines effectively when Jîn re-encounters a young shepherd, who once, petrified of her “terrorist” uniform and machine gun, supplied her with bread. Grandma, too, is not as she once was; she’s drug addled, abandoned and craving familial attention.

While this human side of Jîn is both fascinating and rewarding, it is the broader, very visual construct that is the most mesmerising. For the majority of its run time, Erdem’s film is filled with near wordless shots of the Turkish countryside, its flora and fauna. Noise, when it comes, it usually an explosion or bullet impact and the effect is destructive. The evocative juxtaposition of war and nature that carries the bulk of the film’s expansive emotional load. Under the lens of Erdem’s longtime cinematographer, Florent Herry, there is a real sense that these petty squabbles are over a land that will endure, even thrive, once the battle is won, one way or the other.

Jîn is languidly paced but well worth the time and effort. A surprising, contextualising and perspective building piece of cinema that builds to a beautiful and very chilling final image.