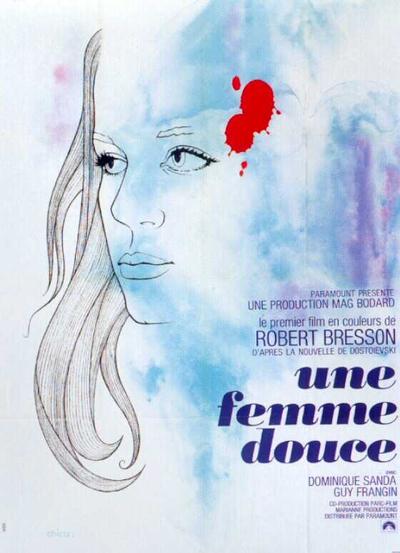 Quote:
Bresson’s brilliant adaptation of Dostoevsky’s short story (A Gentle Creature) exhibits in its lapidary sequences the political and existential revolt of a young student in Paris. Sharing a theme that can be traced from Bresson’s Mouchette to his fantastic exploration of revolutionary choices in The Devil Probably, Une Femme Douce articulates in its inimitable minimalist mode a range of issues from the ideological options of France post-May ’68 to human relationships. Dominique Sanda is not the conventional, recognizable student revolutionary, but a “gentle” philosopher whose powers of sensitivity and social scrutiny exceed and tease the prosaic, crude disposition of her bourgeois husband. The sequences in the zoo, the museum of natural history and the performance of Hamlet are powerful. On another note, look out for Indian experimental filmmaker Kumar Shahani who was assisting Bresson at this time, sitting diagonally behind Sanda in the sequence at the movie theater. 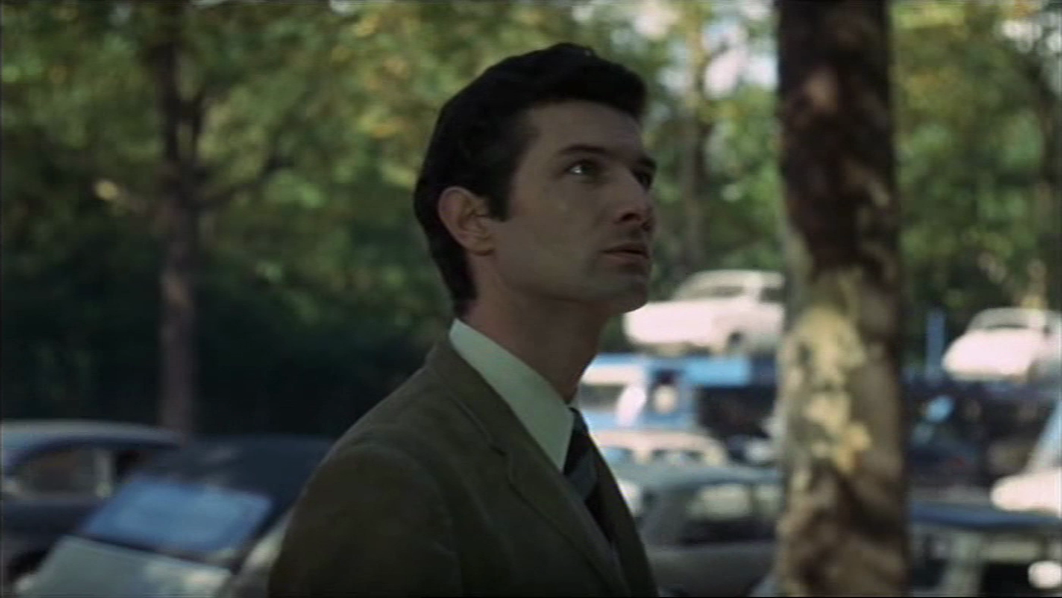 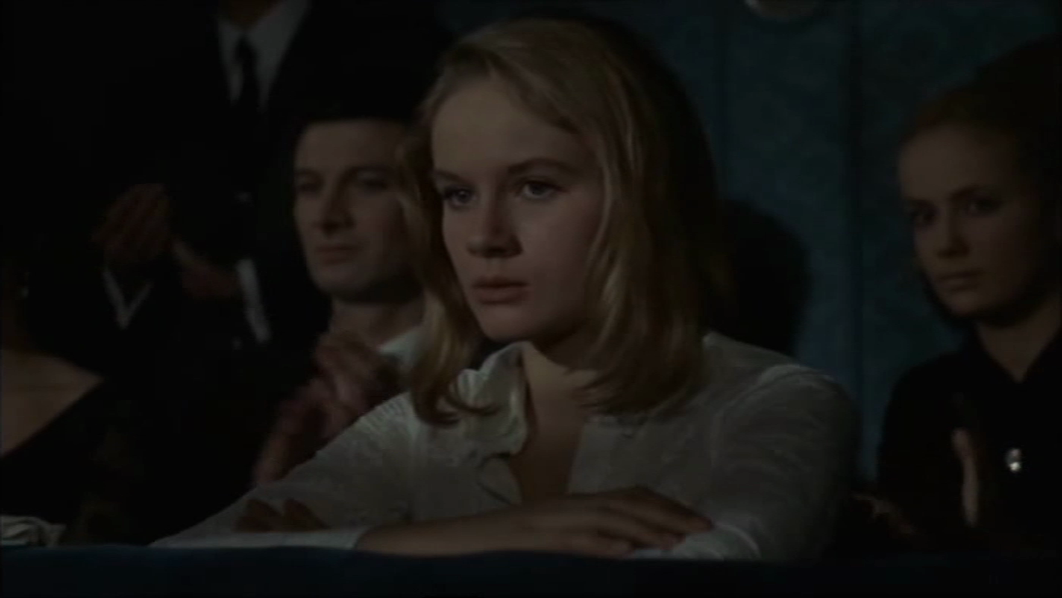 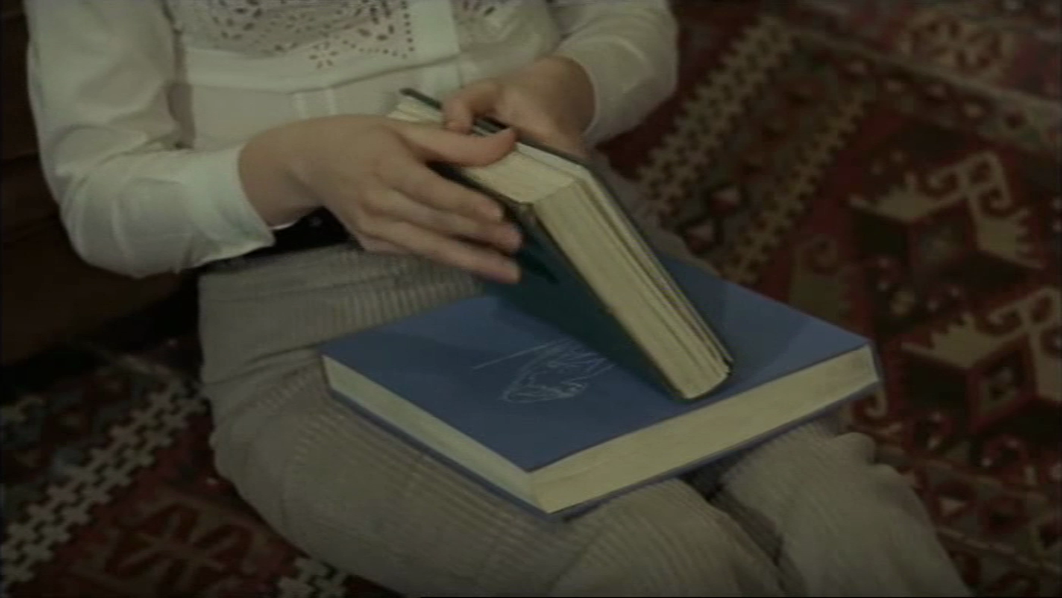 Quote:
“UNE FEMME DOUCE” is the ninth film of the 62-year-old French director Robert Bresson. Of the previous eight, the last three (“The Trial of Joan of Arc,” 1962; “Au Hazard Balthazar,” 1966; “Mouchette,” 1967) have had their premieres in this country at the New York Film Festival. If the festival had no other justification, merely showing the works of Bresson, and of a few other great and not very popular directors, would be justification enough.

Bresson’s career has been extensively discussed in film journals and almost totally ignored everywhere else. His movies are austere, relatively static, acted frequently by amateurs whom the director has trained to suppress both facial and vocal expression, and concerned with man’s inward life—which they take pains to keep inward. The privileged Bressonian moment is the crisis of the soul’s salvation, often, but not always, figured in religious terms.

The Film Festival advertisement asserts that “Une Femme Douce” offers us Bresson’s first “real woman” in years—which is not true. The gentle woman of the title, played by Dominique Sanda (17 years old, a model and, like many of Bresson’s leading ladies, beautiful) is neither more nor less real than her predecessors. She differs from most of them only in that she has no vocation for her life—except to leave it.

In the best critical introduction to Bresson, “Spiritual Style in the Films of Robert Bresson” (1964; reprinted in “Against Interpretation”), Susan Sontag posits a theme common to all his films: “the meaning of confinement and liberty.” For the films made since her essay, I should modify that theme to “the meaning of escape.” In Bresson’s recent movies, “liberty” has meant only the “escape” that is possible through death. The martyrdom of Joan, the dying of the donkey Balthazar, the suicide of the girl Mouchette—all bring to an end unredeemable life situations, and all provide ravishingly beautiful climaxes for their respective films.

The young wife leaps to her death at the very beginning of “Une Femme Douce.” The action is then mostly played out in flashbacks, the husband speaking to the maidservant while standing or kneeling over his wife’s dead body.

That body may produce mixed reactions. It is distressingly in evidence, and the cuts to it are sometimes shocking. Much of the past action takes place in and around the bed on which the corpse now lies and, because Bresson provides no bridges, you are never sure whether the film will cut to a living wife or a dead one. Nevertheless, the corpse is the residue of something that has escaped, and for that escape we must be glad. At the very end, the husband, a pawnbroker who has helped drive his wife to suicide, begs her to look at him once more. But in Bresson’s world a direct look is always a speaking between souls, and this is precisely the sign that can no longer be given.

Just before the young woman’s death the audience is given some signs for itself, momentary scenes: the woman’s smile in her mirror, her fierce and happy eyes at the door to her balcony, the balcony furniture toppling slowly over, her shawl floating to the ground. Anyone familiar with Bresson will recognize a continuity between these signs and the lovely intimations of grace in his earlier films. You must watch closely. That smile, the film’s only smile, lasts a second or two; but in the cinema of Bresson, such seconds are what we go to the movies for.

“Une Femme Douce” is adapted from a Dostoevski novella. Bresson has kept the novella’s basic situation and changed everything else. His gentle woman wants to escape not just her husband (as Dostoevski’s does) but the very idea of marriage, the tedium of typical life patterns and even the historical continuity of biological forms—by which her bone structure partially reproduces the bone structure of animals long extinct and her nude body duplicates nude bodies throughout the history of painting.

Bresson has placed his action in present-day Paris. And he brings in the “modern world”—by which I mean he arbitrarily shows cars, airplanes and race horses on a television screen and introduces the sound of traffic outside the couple’s bedroom.

But his world remains mysterious. The pawning of objects, and the paying of money for them, is presented as a secret joint admission of guilt. Empty stairways, doors, street corners repeatedly suggest the absence of the people who have just passed through them. And on her wedding night the new wife simply runs from closet to bath to bed—to indicate (without expression) what there is of pleasure and passion before that fateful smile.

Of course there are lesser and greater Bresson films. I think “Une Femme Douce” belongs among the greater ones. The usual language of critical praise seems beside the point in discussing Bresson, but please understand that I mean this to be a rave review. 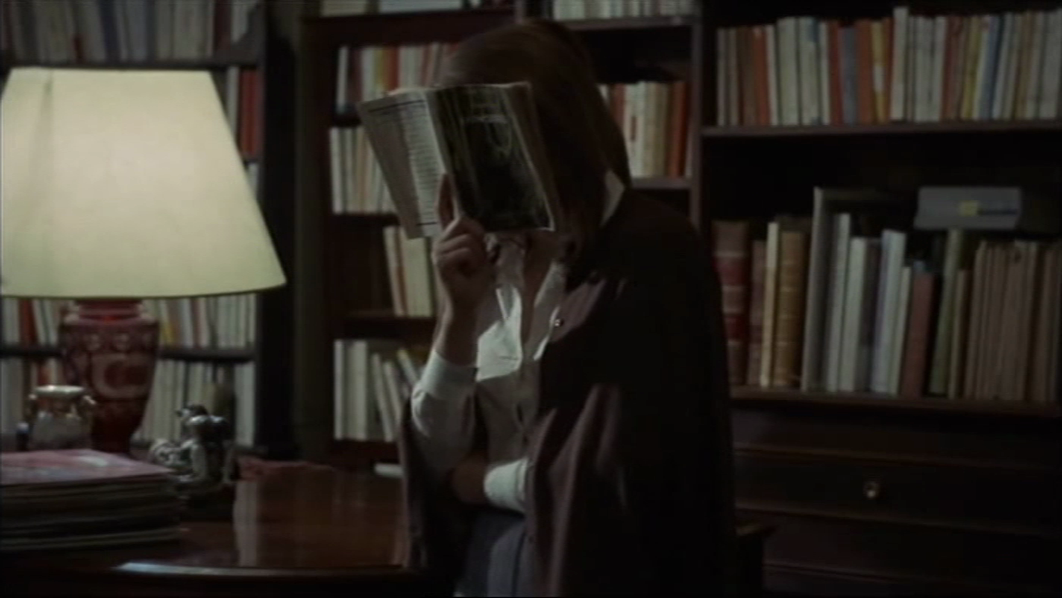 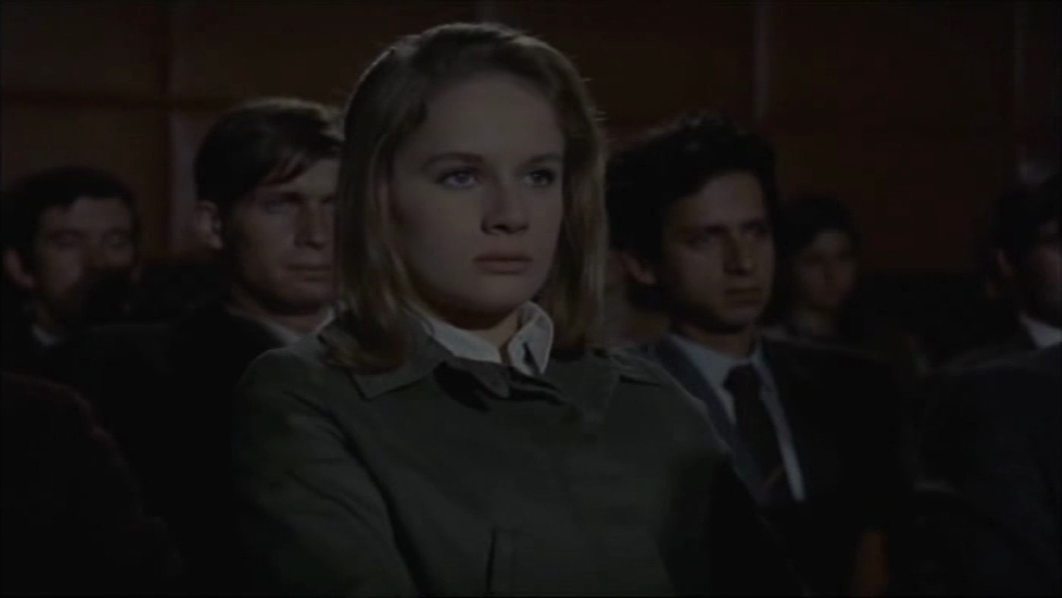 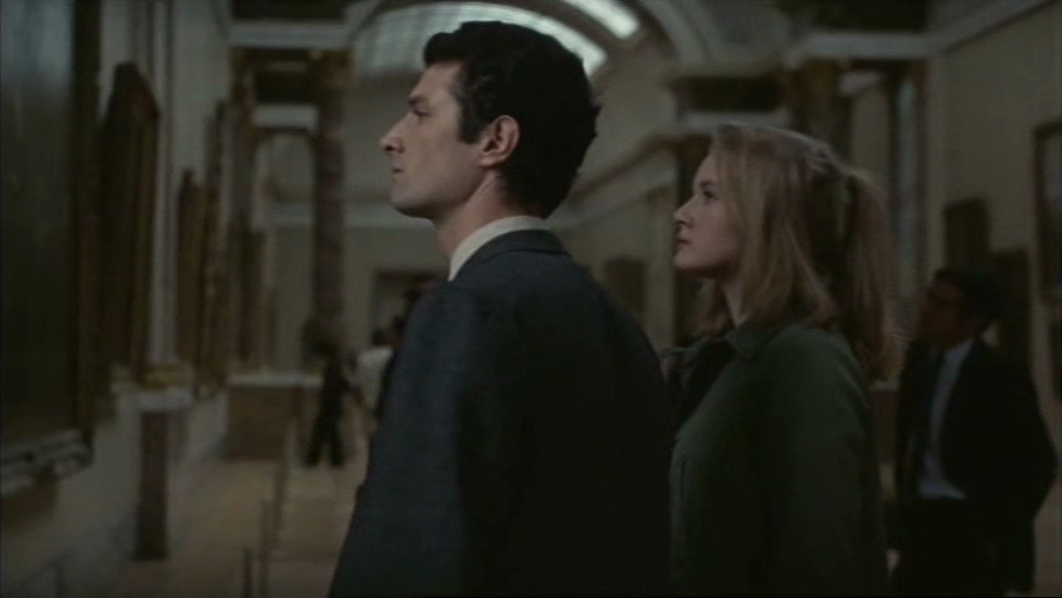