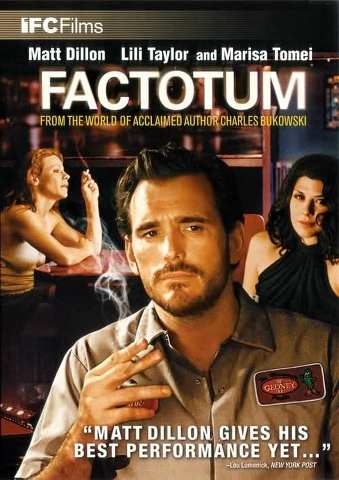 Centres on Hank Chinaski, the fictional alter-ego of “Factotum” author Charles Bukowski, who wanders around Los Angeles, CA trying to live off jobs which don’t interfere with his primary interest, which is writing. Along the way, he fends off the distractions offered by women, drinking and gambling.
.

Review
Grab your favorite bottle of rot gut and have a seat. It’s time for another Charles Bukowski adaptation and…as can be expected…this film is bound to give you a hangover.

Like the book, “”Factotum”” plays like a string of really shitty days as Henry Chinaski floats from one job to another, often in-between homes, even more often drunk off his ass, and always writing. We’re forced to walk alongside Chinaski in his miserable existence and it’s rarely a pretty picture. The constant drinking, the endless string of meaningless shit jobs, the brutal sex, the random acts of vomiting, the sorrow –- it’s enough to make one want to eat a burrito filled with razor blades. But that’s what fans of Bukowski have come to love about the man’s writing. And we know that as low down and depressing as these tales get, there’s quite often room to laugh. Filmmaker Bent Hamer captures this quality perfectly with his film. Bukowski fans have a reason to rejoice in his film.

But, Hamer is not alone in his success. Matt Dillon totally nails it as Chinaski, Charles Bukowski’s literary alias. Unlike Mickey Rourke who portrayed, well, a drunken Mickey Rourke in “”Barfly,”” Dillon becomes Bukowski/Chinaski, flawlessly capturing the writer’s mannerisms with his lumbering performance. He even gets his speech pattern down, but just the right amount so that he doesn’t wind up sounding like Snaggle Puss. You still hear Matt Dillon, but he has that Bukowski way of calling someone a “”filthy whore”” that will please fans everywhere. Lili Taylor and Marisa Tomei also turn in amazing performances as a couple of Chinaski’s fluffies.

Bukowski had a bunch of none too kind things to say about ““Barfly”” upon its release in the 80s, but, with “”Factotum,”” he’d do plenty of bitching and moaning as well, but deep down, Hank would approve.
Eric Campos, Film Threat, 29th January, 2006 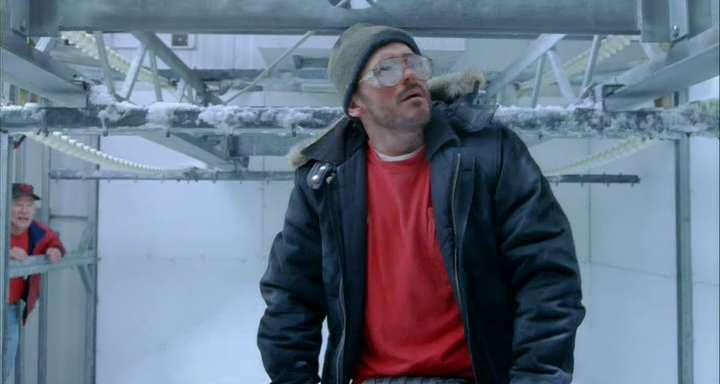 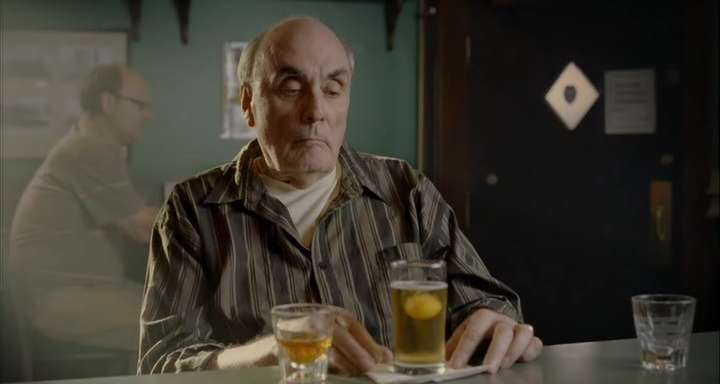 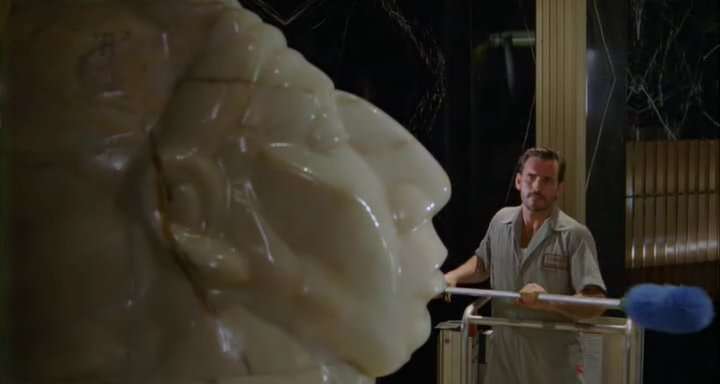