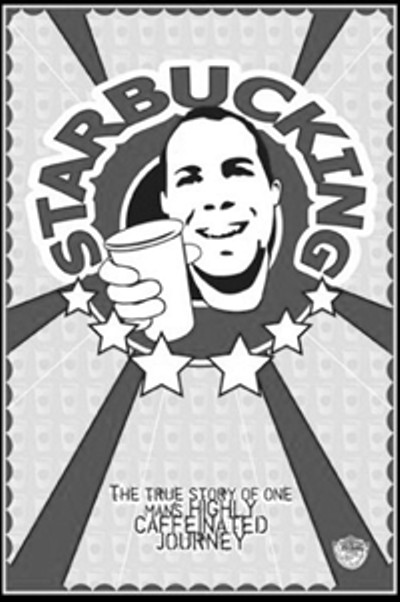 Most of us have been in the situation where we’ve had one too many cups of coffee, there are the jittery side effects, the quickened speech, the racing heartbeat—but that’s all in a day’s work for Winter, the mono-named star of Starbucking. Winter’s mission is to visit each and every official Starbucks in the world, as of this date he’s been to 6,939 stores, and this entertaining documentary allows a peek at his borderline manic journey and his optimistically caffeinated world.

Hate them or love them, for a lot of people Starbucks is part of the daily routine; you stop in to pick up coffee, maybe grab a newspaper or a muffin, and then head to the office. But for Winter, Starbucks sort of is the office. For the past 10 years he’s trekked all over the world—when he’s on the road he literally lives out of his car, even sleeping in his small Honda hatchback—in a seemingly never-ending attempt to reach his goal. He seems to realize it’s a process that is likely to last his lifetime, but he is completely undeterred.

Despite the upbeat feel of the film, it also highlights some of the drawbacks to Winter’s nomad lifestyle—he and his girlfriend have relationship trouble, it’s obviously not the healthiest way to live, and he does seem a little lonely. As noted by one of his friends interviewed in the film, Winter seems to thirst for attention, and he commands the spotlight when given the opportunity, much like a child seeking notice from his parents.

Yes, there is something a little odd about Winter, but that is part of the fascination of this film. His resolve to reach his goal borders on the fanatical (though he prefers to call himself “an enthusiast”); it’s as if he’s got Starbucks OCD. From the way he regimentally consumes at least four ounces of coffee from each location he visits to the countless (he won’t give an actual number) Starbucks T-shirts he owns and wears each and every day, Winter is to Starbucks what Jared is to Subway—but multiplied by 1000.

As each day unfolds, Winter’s behavior changes as more and more coffee is consumed. When the endless amounts of caffeine start to take their effect, he becomes boisterous, jumpy, impatient, and unpredictable. At certain points in the film, it’s hard not to wonder if all that coffee is doing permanent, serious damage to the guy—especially during the day in Los Angeles when Winter decides to take a stab at breaking his record of visiting 28 Starbucks in one day. If you never considered caffeine legitimately a drug before, you certainly will now.

To read a short synopsis of the film, one might wonder if Winter’s quest is nothing more than a gimmick (even possibly some sort of guerilla marketing campaign sponsored by the company itself), but a meeting with “Denny’s Guy,” who is basically doing the same thing at the diner chain and at a much less frenzied pace, shows just how serious Winter takes his mission. During the uncomfortable encounter, it is reveals that—at least in Winter’s mind—there is a hierarchy in chain store obsession. After the two part ways, Winter points out, obviously disappointed, that “Denny’s Guy” is just not as dedicated in obtaining his goal.

Often compared to Morgan Spurlock’s Super Size Me, this documentary is more of a character study than anything else. There is no Starbucks bashing, viewers aren’t force-fed nutritional statistics, and no one is diagnosed with severe liver dysfunction.

At just 73 minutes long, the film is a quick, fun, caffeine-fueled road trip. And Winter is a character you will think about long after the closing credits roll—in fact, you might end up thinking about him every time you go to a Starbucks. 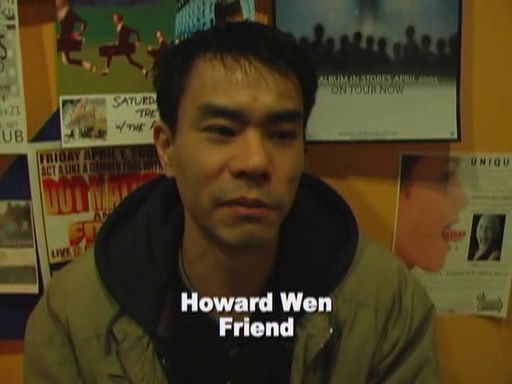 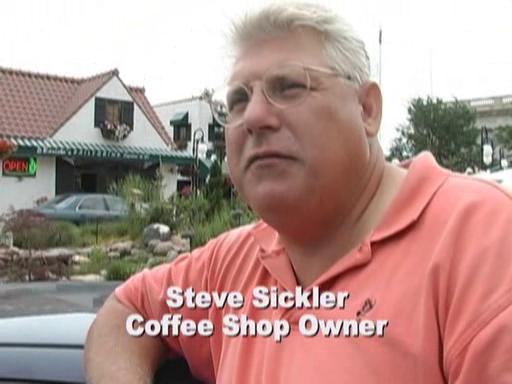 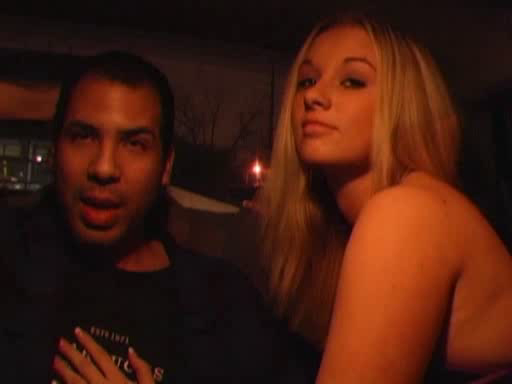