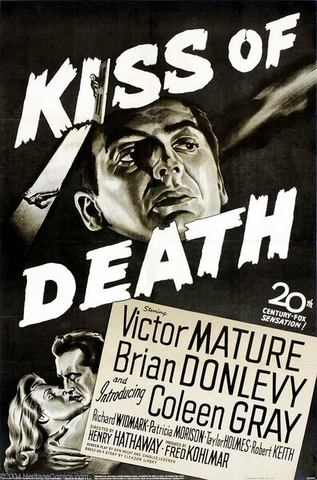 Quote:
Based in part on a true story, Kiss of Death is given a veneer of reality by being filmed on location in New York, with a bare minimum of studio work. In one of his best performances, Victor Mature plays a cheap crook who is sent up the river for 20 years for robbery. District attorney Brian Donlevy, out of sympathy for Mature’s two young daughters, gives him a chance to go free—if Mature will blow the whistle on his accomplices. Stubbornly adhering to the “code” of thieves, Mature refuses to do so, until his wife kills herself and his kids are placed in an orphanage. Once paroled, Mature is prevailed upon to extract additional information from sadistic mob torpedo Richard Widmark (in his chilling screen debut).Living with his children under an assumed name, Mature gradually divests himself of all criminal tendencies, and falls in love with sympathetic Coleen Gray. But Mature feels that it’s only a matter of time before Widmark will come gunning for him, so he goes back to Donlevy, offering to turn over evidence that will send Widmark up for life. Thanks to a clever mob attorney, Widmark beats the rap, and Mature knows he is doomed. On his own, he schemes to arrange his impending demise so that the cops will have an air-tight case against Widmark. The last five minutes—one of the most tense 300 seconds on film—is devoted to the cat-and-mouse showdown and ultimate shootout between Mature and Widmark. Though much of Kiss of Death is a “conformist gangster film” (to quote critic Andrew Sarris), the presence of Richard Widmark makes up for any of the script’s banalities. This is the film in which Widmark gigglingly pushes a wheelchair-bound old lady down a flight of stairs. Reviewer James Agee said it best: “You feel that murder is the kindest thing he is capable of”. The film made Widmark a star—and also convinced him to start lobbying immediately for good-guy roles so that he wouldn’t be typecast as maniacal killers for life. Kiss of Death was remade as the 1958 western The Fiend Who Walked the West, then re-remade under its original title in 1994, with David Caruso in the Mature role and Nicolas Cage in the Widmark part. 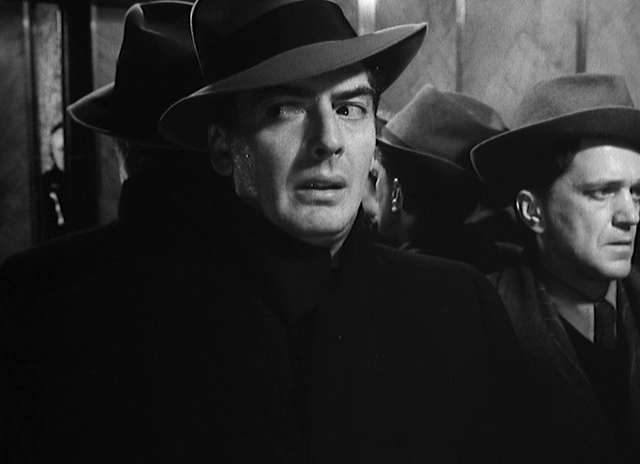 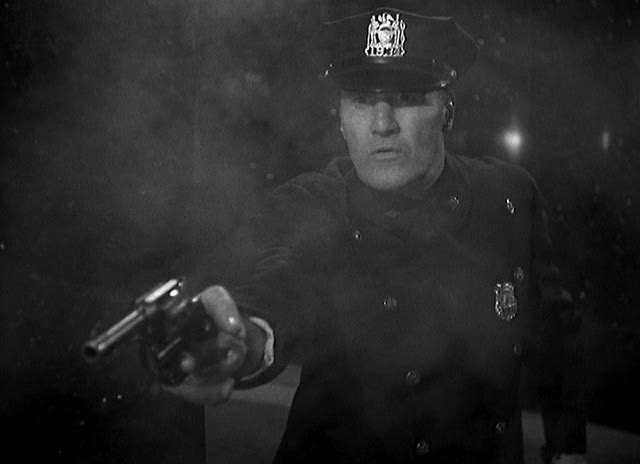 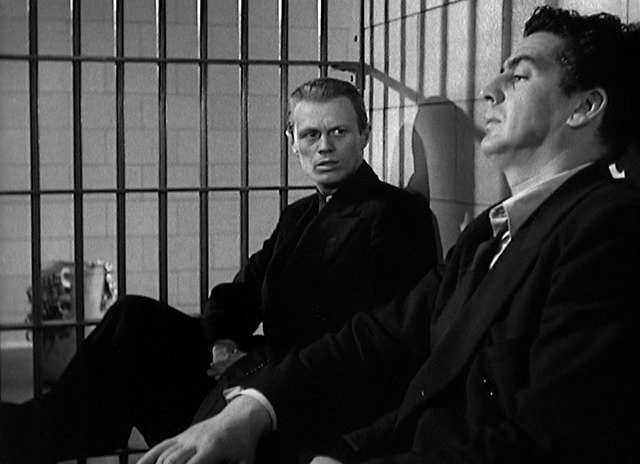 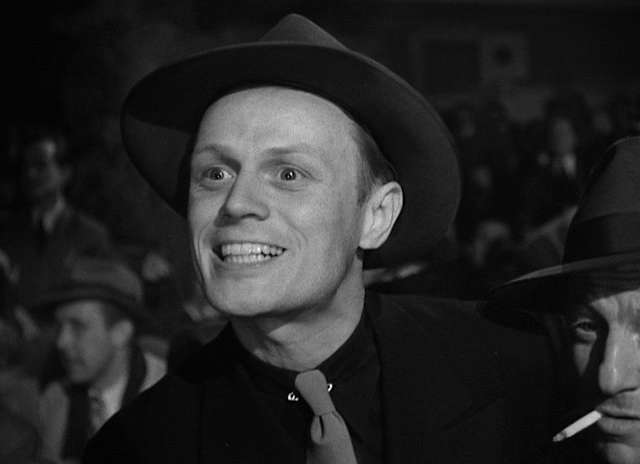 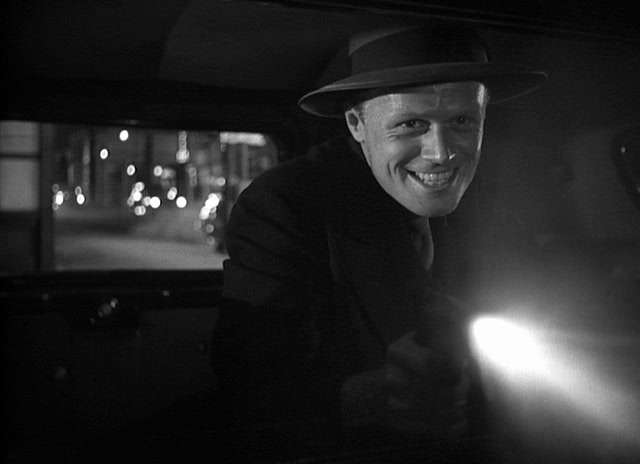