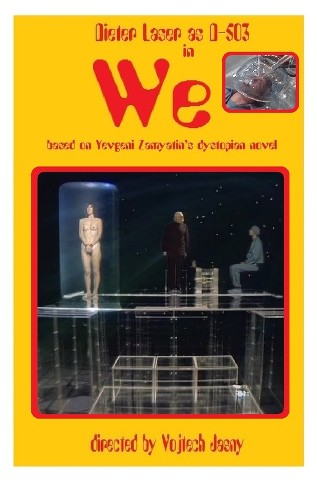 One of the most famous rare TV films ever, the copy is very good.
I think Samyatin’s novel Wir on which this film is based is well known enough among sci-fi fans as the predecessor and inspiration for Brave New World and 1984. In 1981 ZDF adapted this film with Dieter Laser and Sabine von Maydell in the main roles and some clever effects despite obvious budget limitations. I’m as puzzled as all other fans why this film was apparently never shown again, maybe rights issues?
Anyway here it is back for the eyes of the public.

In the twenty- sixth century the inhabitants of Utopia have so lost their individuality , which vary in number. They live in glass houses ( this was written before the invention of television) , which allows the political police , called “Keepers ” can easily supervise them. They all wear the same uniform and usually turn to each other or as a ” cipher -so ” or ” UNIFEM ” ( uniform). They feed on artificial food and rest hour marching in fours in a row the anthem of the One State, pouring out of the loudspeakers . As they are allowed to put a break on the hour (known as the ” sexy time “), draw the curtains of their glass houses. At the head of the One State is one called The Benefactor , which are replaced every year the whole population , usually unanimously. The guiding principle of the State is that happiness and freedom are incompatible. 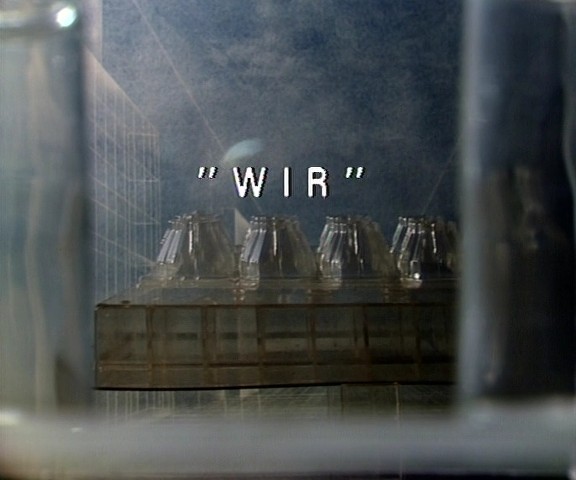 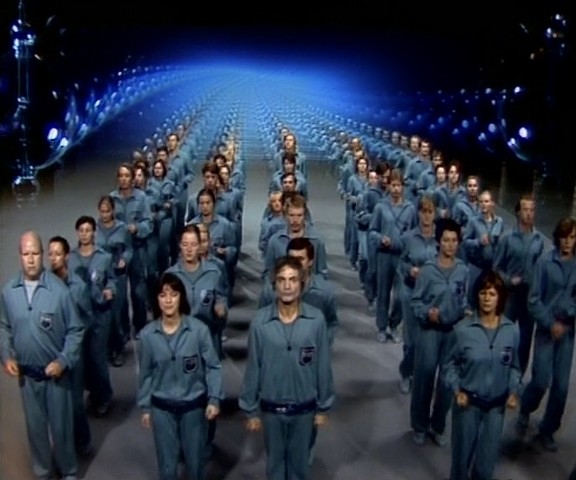 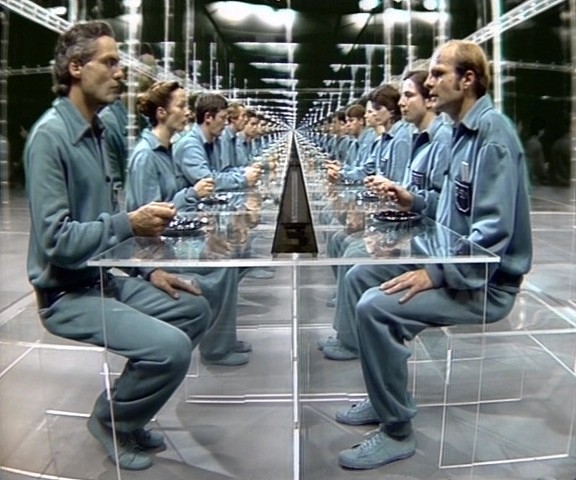 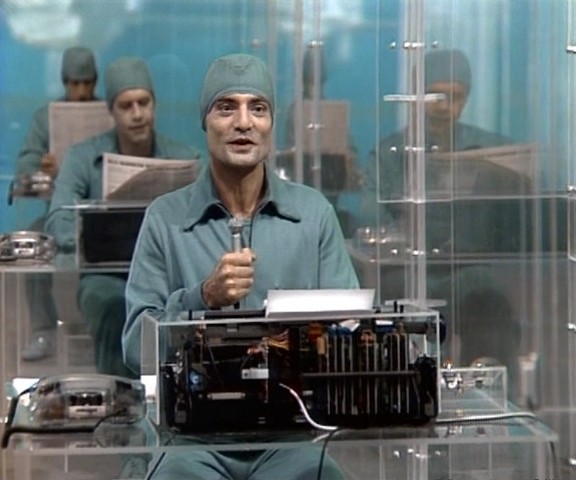