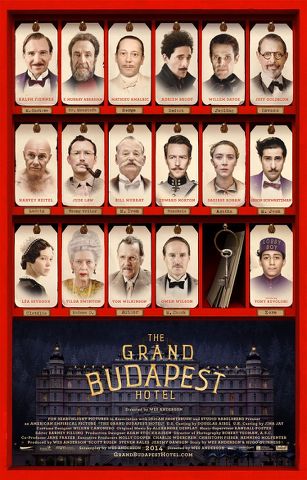 Quote:
“The Grand Budapest Hotel” is the movie that Wes Anderson has been hinting at and promising for 15 years. It has wit and yet doesn’t short-circuit emotion, style that’s more than a gesture or attitude, and good scenes that don’t only stand alone but that build and become part of a substantial whole. It is every bit what people think of when they think of a Wes Anderson movie, only this time the gap between the talent and the achievement is gone.

It’s set primarily in the early 1930s, in a fictional central European city, with shades of Budapest, Prague and Vienna – but not the real Budapest, Prague and Vienna, but rather those cities as imagined and dreamed across a distance of time and space. The hotel of the title is like a hotel in a Greta Garbo movie, except rendered in candy colors, harking back to a time when people really believed that splendor and refinement were states of the soul, not mere acts of display.

At the center of all this color and bustle is Monsieur Gustave, played by Ralph Fiennes, in a case of timely casting that’s not just inspired, but insightful. For years, Fiennes, in his interviews, has been funny, open and engaging, while on screen he’s been often closed-off and forbidding.

His hard shell image has begun to crack in recent years, with his exaggerated self-parody in Martin McDonagh’s “In Bruges” and his unguarded performance in “The Invisible Woman,” which he directed himself. But M. Gustave is the first role to show Fiennes in his full range, with his mix of severity and anarchy, sincerity and absurdity.

As the manager, M. Gustave runs the hotel with precision, supervising the flower arrangements and inspecting the uniforms of the staff. At the same time, he carries on sexual relationships with a succession of extremely old and rich ladies – one is played by an unrecognizable Tilda Swinton – and peppers his language with four-letter words that actually raise a laugh here. They’re funny because, from this character in this world, they’re unexpected.

“The Grand Budapest Hotel,” written by Anderson, was inspired by the work of Stefan Zweig, an Austrian novelist and biographer who wrote about old Europe and later committed suicide in Brazil, in exile from his country during World War II. That feeling of something beautiful that has been lost is present here, not hammered home, not sentimentalized, but as a running undertone.

This sense is built into the screenplay’s design, which is told in layers of recollection: A writer (Tom Wilkinson) of the present day remembers an incident years before, when, as a younger man (Jude Law) he met the Grand Budapest’s owner. The owner (F. Murray Abraham), in turn, relates the story of his own youth, as the lobby boy working under M. Gustave.

The set design emphasizes this somber undercurrent. The Grand Budapest of 1932 is a dream of color, but in later years it’s shabby around the edges – not falling down, but diminished. It has the aura of threadbare opulence one finds in a lot of formerly communist cities, especially Budapest, the suggestion of some majestic distant past and some awful more recent past. It’s like some beautiful soul, beaten up and only now coming out of shock.

“The Grand Budapest Hotel” is full of celebrity cameos, most of them welcome, and as the film goes on, the zaniness escalates, with lots of chases and a prison break. This is where Anderson’s movies usually derail into silliness or smirky cleverness, but not this time. The movie’s sad undertone saves “The Grand Budapest Hotel” from its own zaniness – or better yet, elevates the zaniness, making it feel like an assertion of some right to be silly, or some fundamental human expression.

But also there’s Fiennes, and Anderson’s investment in Fiennes. Gustave, a complicated character, carries with him the movie’s spirit. He’s a scoundrel, but he believes in something – call it beauty, or the right way of doing things. He’s a comic character, and yet you end up seeing him as some kind of great man, perhaps a kind that can’t exist anymore.

That perception of Fiennes and Gustave is central to the whole enterprise. Without it, the movie just breaks off and flies away. But with it, “The Grand Budapest Hotel” becomes something wonderful. 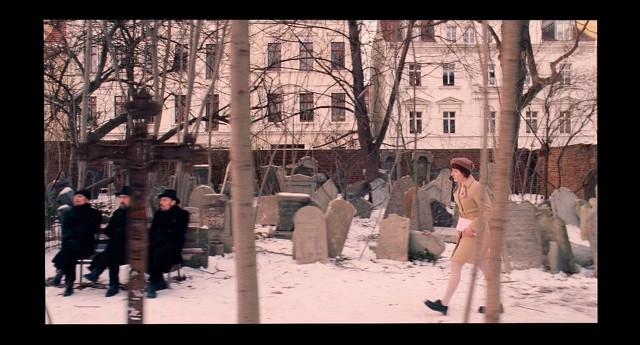 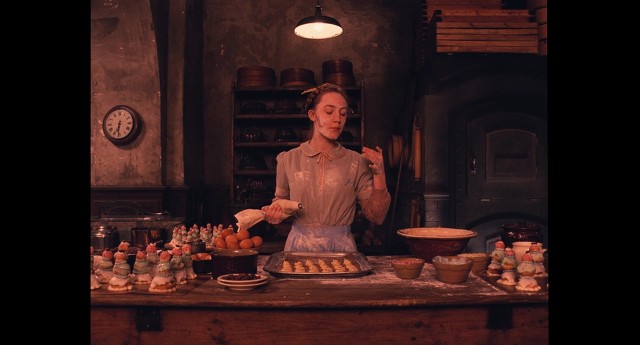 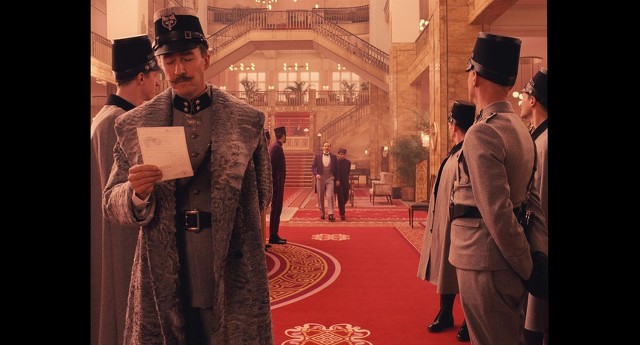 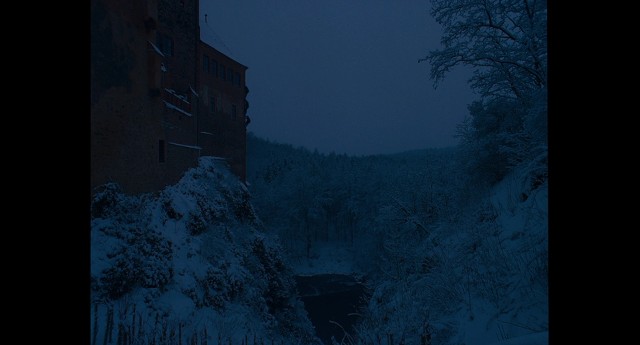 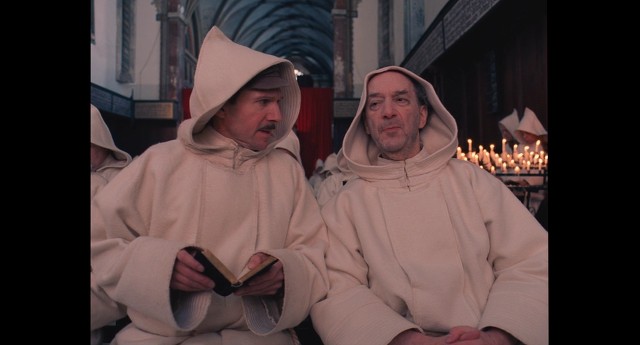 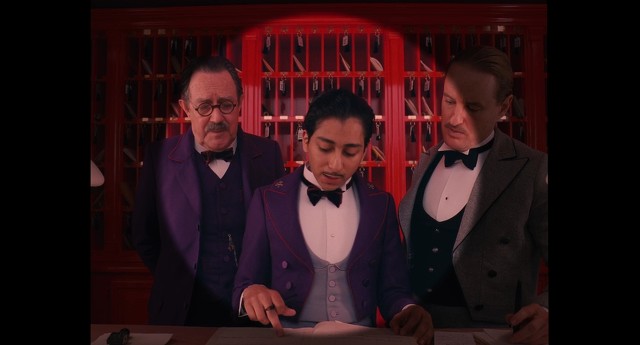