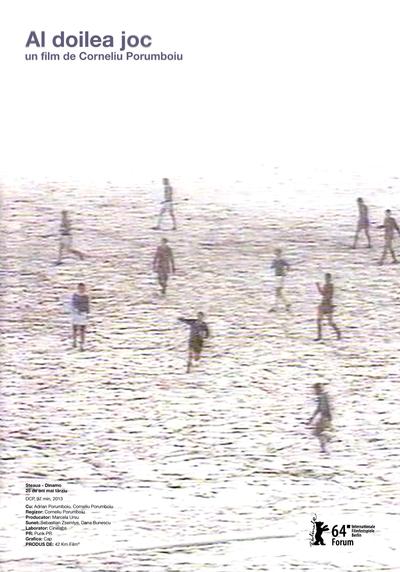 It was selected for the Forum section at the 64th Berlin International Film Festival.

Accordin to Berlinale:
A deceptively simple set-up: the director and his father watch a 1988 football match which the father refereed, their commentary accompanying the original television images in real time. A Bucharest derby between the country’s leading teams, Dinamo and Steaua, taking place in heavy snow, one year before the revolution that toppled Ceaușescu. The conditions are difficult at best, the play hardly sparkling. One match among many, the standard game of two halves, yellow intertitles marking time and grainy video images which merge with the snow: the perfectly unspectacular basis for a foray into the conditional. What if the ball hadn’t hit the crossbar? What if the referee had bowed to pressure and favoured one team? What if the camera had actually shown the brief ruckus on the pitch? What if the match had taken place one year later? What if snow had stopped the game from taking place at all? An endless chain of imaginary second games spiralling off from the first, each with different images, different scorelines, different allegiances, and different significances. If you were to ask which football game says the most about everything, I would tell you it is the one which is most banal. 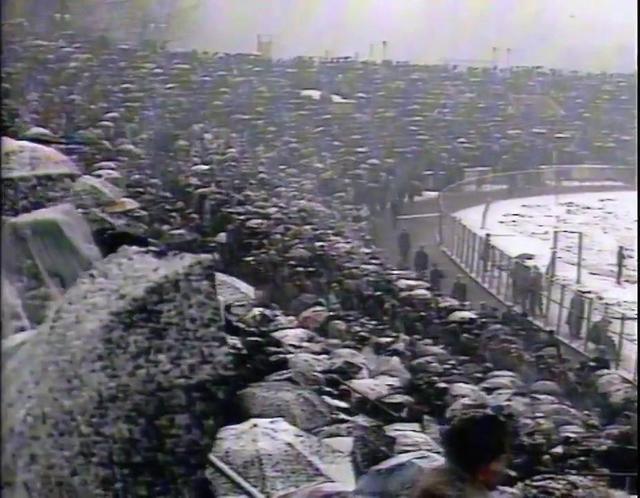 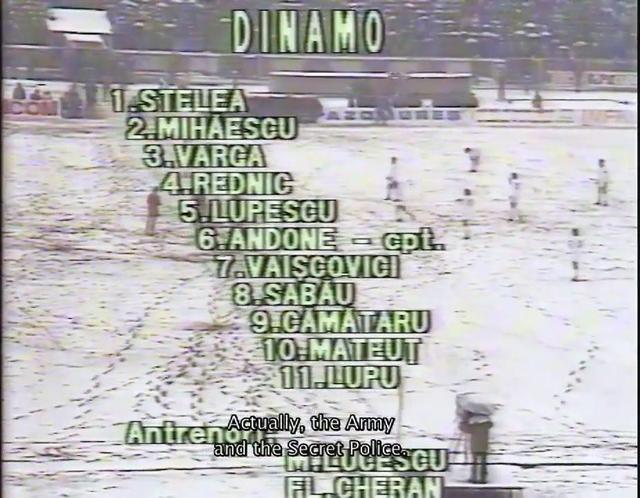 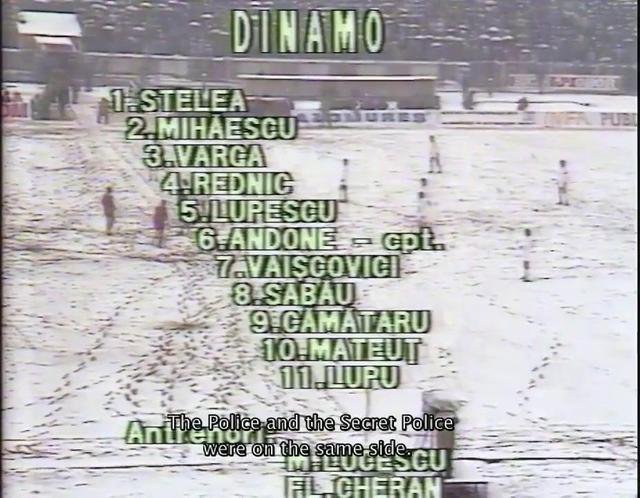 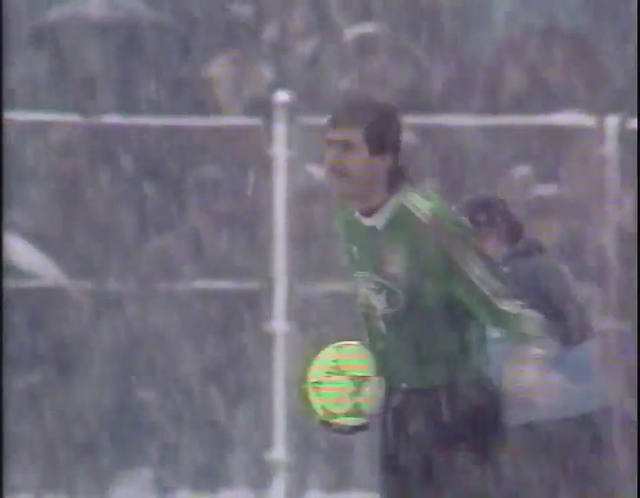 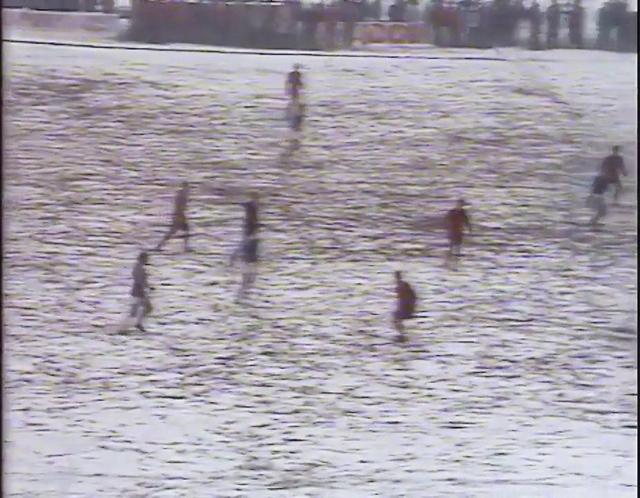 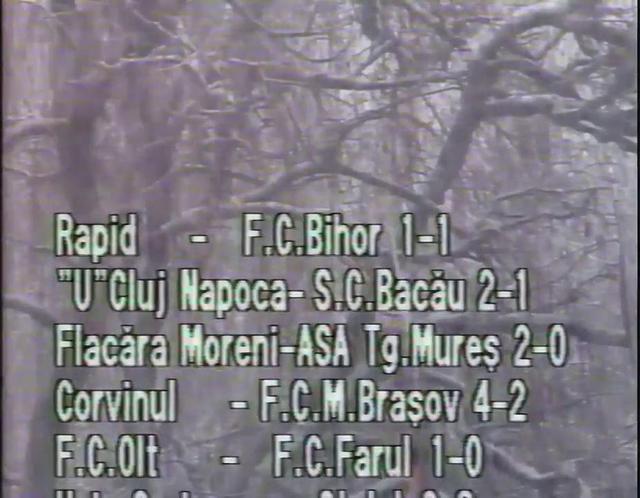