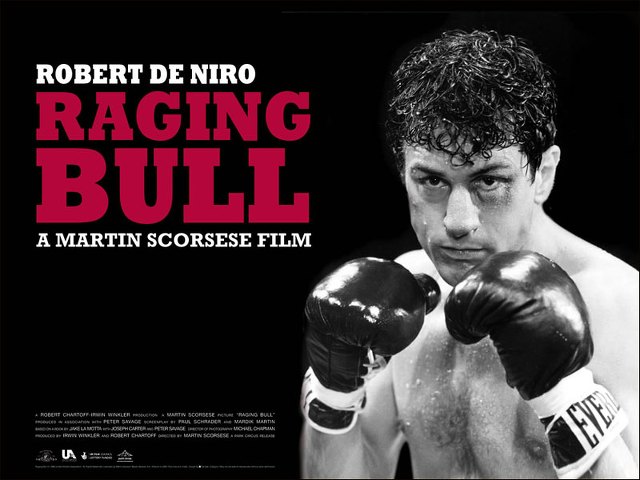 Plot Synopsis: Based on the life and career of boxer Jake LaMotta, Raging Bull focuses on Jake’s rage and violence that makes him virtually unstoppable in the ring. The same anger also drives Jake to beat his wife and his brother Joey, and sends Jake down a self-destructive spiral of paranoia and rage.

Quote:
Raging Bull established Robert De Niro as the preeminent actor of his generation and one of the best of all-time. Mr. De Niro doesn’t just act the part, he becomes Jake LaMotta. He explodes off the screen as he takes us through the highs and lows of Mr. LaMotta’s life from being middleweight champion of the world to being a second rate lounge act. He is fierce, bitter, angry, touching and becomes somewhat sympathetic near the end. He trained to get into fighting condition and then put on about 100 pounds to play the Mr. LaMotta later in life. He is simply brilliant. In addition, an 18 year old Cathy Moriarty makes an impressive debut as his abused wife and Joe Pesci, in one of his earliest roles, plays his tormented brother. Martin Scorcese decided to shoot the movie in black and white (there is a brief scene in color of a LaMotta home movie) and this adds to the film’s intensity and darkness. Mr. De Niro deservedly won the 1980 Best Actor Academy Award, but the film (which many critics site as the best of the 80’s) lost out to the bland melodrama Ordinary People and Mr. Scorcese failed to win the best director award, losing to first time director Robert Redford. 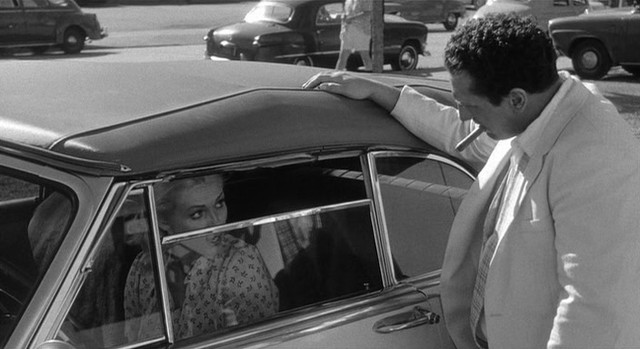 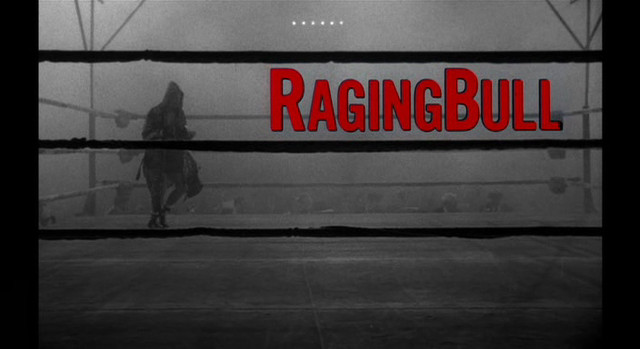 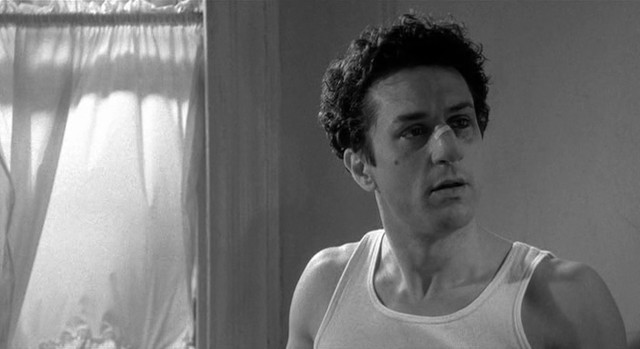 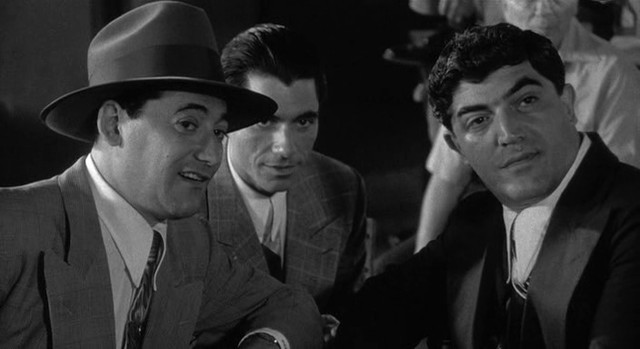 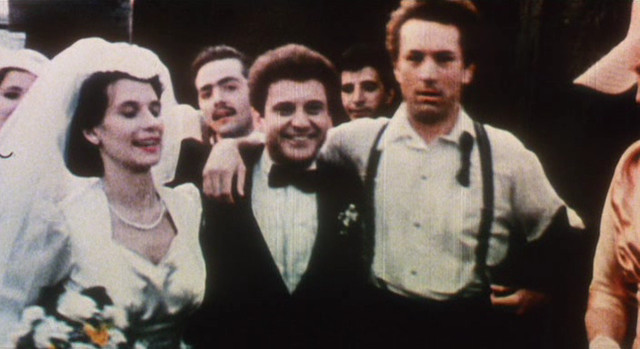 Quote:
Raging Bull” is a cinematic masterpiece which pulls no punches. Based on a true story, Robert De Niro (in his second Oscar-winning role) stars as Jake La Motta, a middle-weight prize-fighter from the late-1940s and early-1950s, who basically destroys himself and those around him because of an uncontrollable temper and poor decision-making. Instead of going down as one of the greatest boxers of all time, La Motta ruined his career because he was unable to see the “big picture”. He threw bouts, he got involved with low-life underworld crime figures, he beat his wife (Cathy Moriarty, in her Oscar-nominated role), he abused all those closest to him, and he had relationships with young girls who were still considered minors.

Quote:
Raging Bull” is one of those films that is masterfully crafted in all possible departments. The screenplay is one of the best in the history of film. Martin Scorsese’s direction is superb and so is the cinematography (shot almost entirely in black-and-white). The film delivered De Niro an Oscar and also won for its editing. “Raging Bull” is one of those films that is very close to “Citizen Kane”. They both deal with men who desperately want to be great, but ultimately destroy themselves and those around them. This film is often rated the best film of the 1980s. I cannot argue with that opinion. I also think that this is the best work that Scorsese and De Niro have ever done. The fact that this film lost the Best Picture Oscar to “Ordinary People” in 1980 is probably the biggest disappointment since “Citizen Kane” lost to “How Green Was My Valley” in 1941.