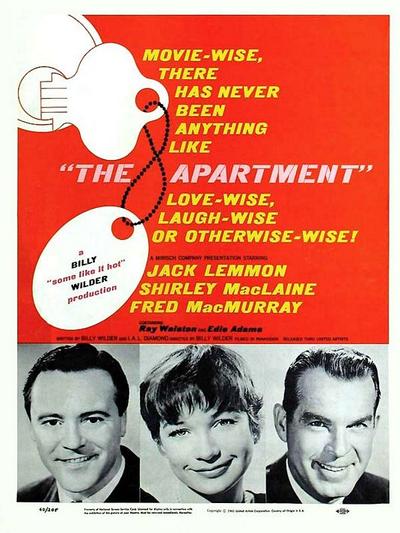 Synopsis:
A man tries to rise in his company by letting its executives use his apartment for trysts, but complications and a romance of his own ensue.