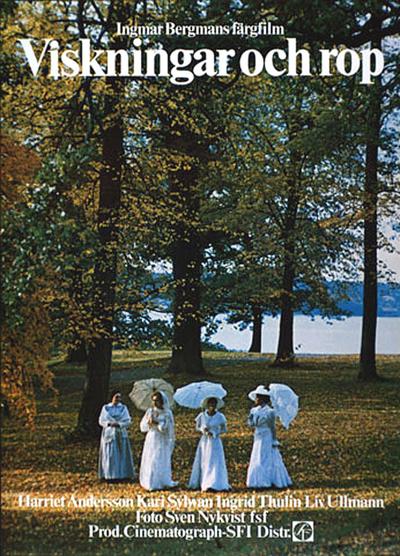 Quote:
In his book Images, Ingmar Bergman has written: “All my films can be thought of in terms of black and white, except for Cries and Whispers. In the screenplay it says that red represents the interior of the soul. When I was a child, I imagined the soul to be a dragon, a shadow floating in the air like blue smoke – a huge winged creature, half bird, half fish. But inside the dragon, everything was red.”

Certainly, Cries and Whispers marks the most sophisticated use of color in Bergman’s long career. It was only in 1963 that he turned, somewhat reluctantly, to color for All These Women, and even after that he continued to opt for black and white in such critical films as Persona, Hour of the Wolf, and Shame. With Cries and Whispers, however, Bergman for once – by his own admission – wants the work to be regarded in chromatic terms.

Quote:
As inside Bergman’s dragon, everything in Cries and Whispers seems steeped in red. The overwhelming scarlet hues of the film, mitigated to some degree by the blacks and whites of dresses or sheets, refer not just to the “soul” but also quite literally to human blood. For Cries and Whispers concerns the physical body and the process of dying and, more important still, the coming to terms with death.

From a thematic point of view, Cries and Whispers represents Bergman’s most daring attempt to achieve a dream state on film. The script itself was couched in the language of a story, with more stress on atmosphere and milieu than on dialogue. The result is a film that has the seamless quality of life experienced in a trance-like form.

Quote:
With Cries and Whispers, Bergman once more gazes back in time to a period at the turn of the century when religion still constituted a significant force in Swedish life and when the social hierarchy was more pronounced. Three sisters dwell in a large, hushed mansion, along with their loyal maid, Anna. Agnes is dying from some form of cancer and, as her agony increases, so does the tension between her sisters, Karin and Maria. The crisis serves to reveal the overweening egotism of Karin and Maria and, in flashbacks, each recalls moments from their lives. The visit of the family doctor shows Maria to be self-absorbed and complacent, while Karin’s relationship with her husband is based on bitterness and mistrust.

Agnes, however, radiates gentleness and grace, even as she sinks into a coman and then, mysteriously, seems restored to life. She is the one character untouched by rancor and suspicion. The “resurrection” of Agnes suggests that the actual process of death is more hideous than the meaning of death, which, as Bergman said at his press conference in Cannes in 1973, is a logical development of life.

Quote:
Harriet Andersson, Liv Ullmann, Ingrid Thulin, and Erland Josephson are familiar figures in the Bergman canon. While Kari Sylvan as the devout and motherly maid matches them scene for scene, it is Harriet Andersson’s physical presence which dominates the film. With little dialogue at her disposal, she suffers her torment with Christ-like courage, her dark eyes appealing desperately for some measure of understanding among her siblings. After her funeral, she speaks to the audience on the soundtrack, reading from her diary as she describes a charmed moment: The three sisters, dressed in glistening white, stroll through the sunlit park. They sit beside one another on a swing. “I felt the presence of their bodies, the warmth of their hands,” says Agnes. “Come what may, this is happiness … here for a moment. I can experience perfection.” As in all of Bergman’s greatest films, from The Seventh Seal to Fanny and Alexander, there is in Cries and Whispers an abiding aspiration to beauty and serenity.

Quote:
Cries and Whispers remains one of the most superb manifestations of the art of cinematographer Sven Nykvist, who justly won an Academy Award for his work on the film. From the hallucinatory images of the coming of dawn in the parkland surrounding the manor, to the intensity of the close-ups inside the house, he creates a three-dimensional magic that aestheticizes the emotional anguish of the family.

Bergman and his team made the film over a 42-day period during the late summer and early autumn of 1971, shooting on location in Taxinge-Näsby, outside Mariefred in the Mälär district west of Stockholm. Although the budget was modest at just under $400,000, Bergman had to ask his actors and Sven Nykvist to invest in the picture. The film’s brilliant quality assured its success at festival after festival, and while it did not perform well at the box-office, it quickly become an art-house staple and remains today an extraordinary vision of “the interior of the soul.” 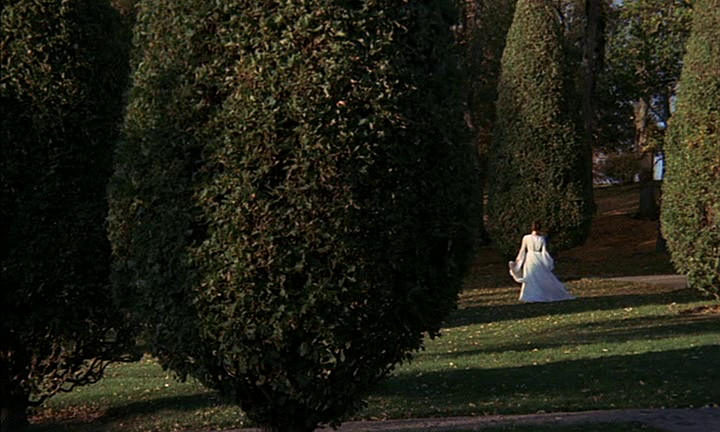 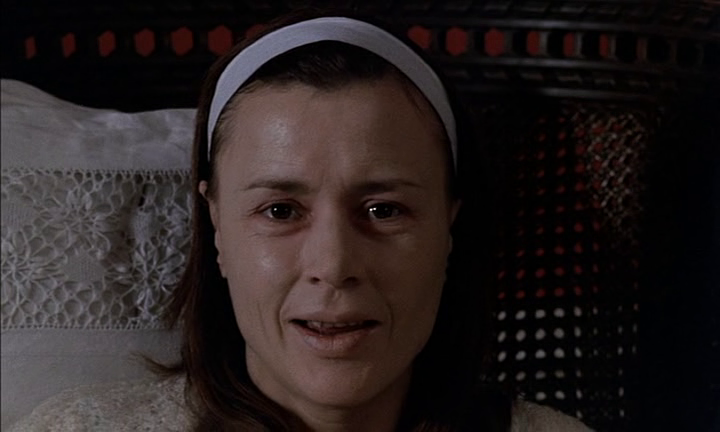 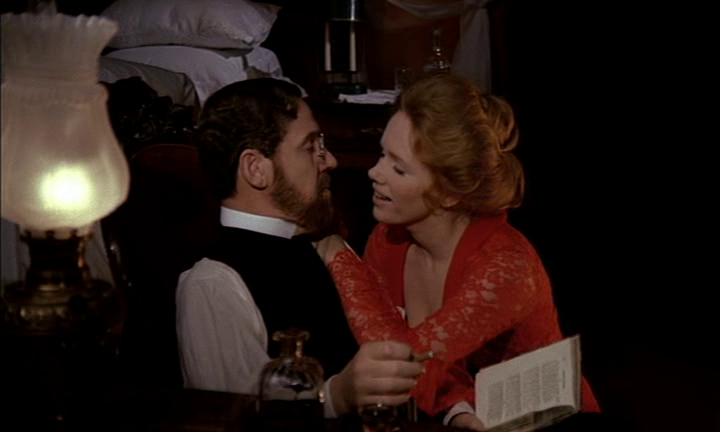 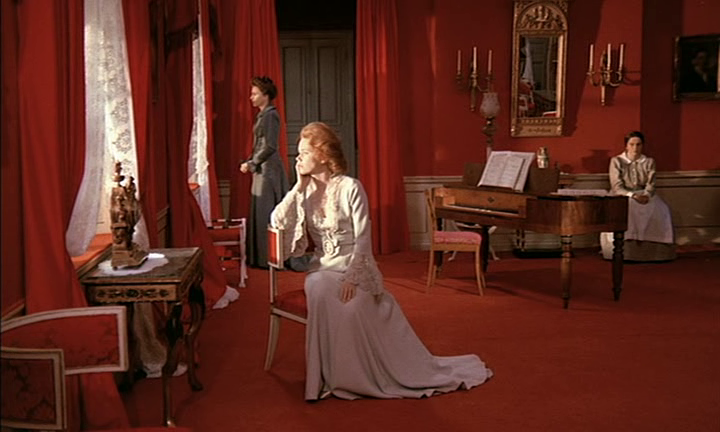 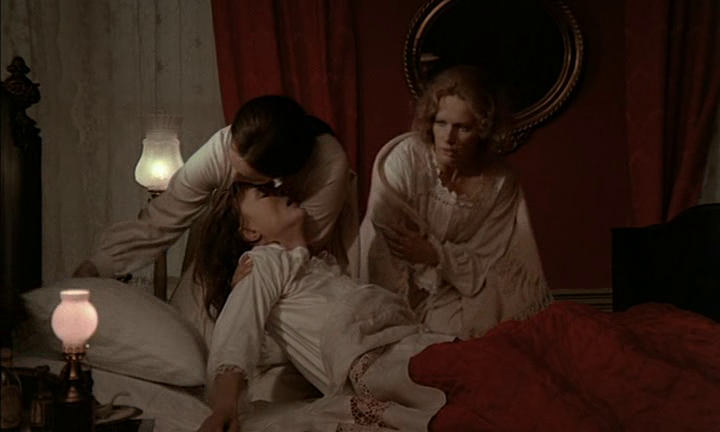 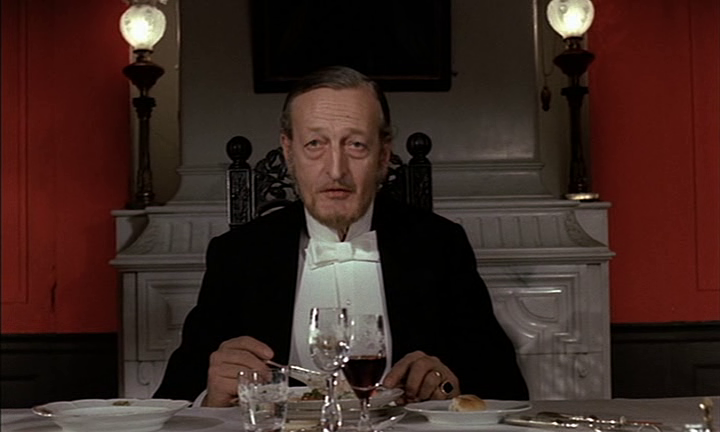 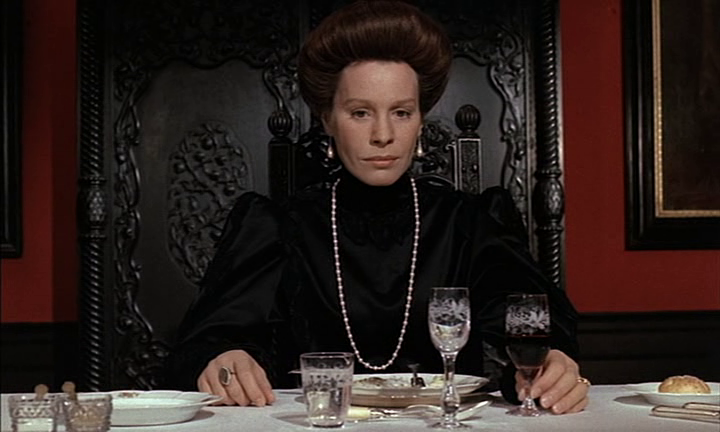 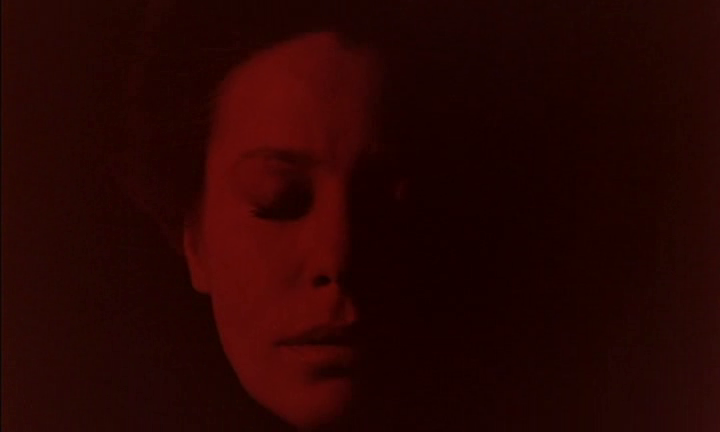 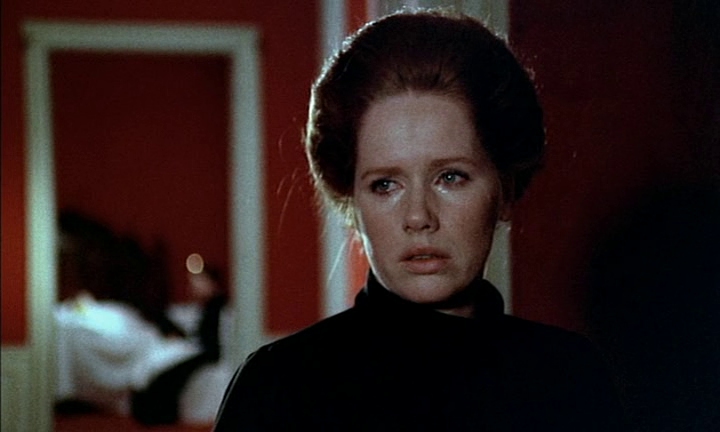 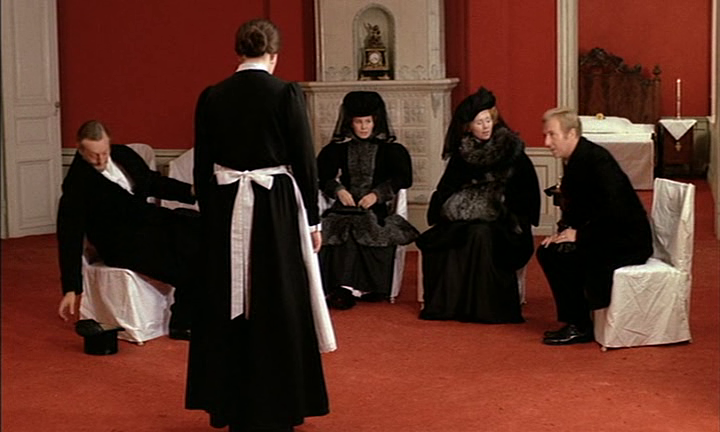