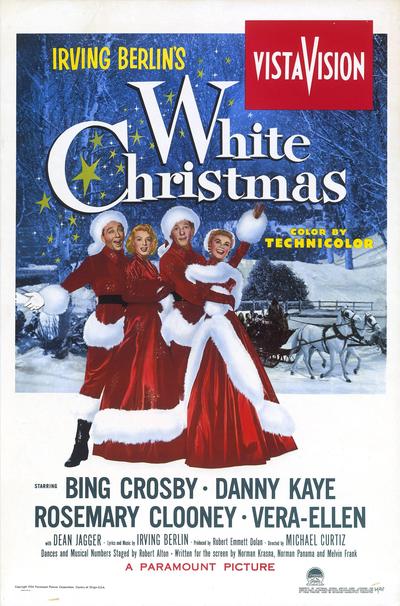 The Charge
Bing Crosby and Danny Kaye in a song and dance extravaganza.

Opening Statement
The 1954 musical White Christmas had the advantage of the biggest selling song of the time for its title, and adding the huge fame of stars like Bing Crosby made it one of the biggest films of the year and a Christmas tradition in many households ever since. The thin romantic comedy plot is overshadowed by the numerous song and dance numbers, making for a sentimental spectacle. Paramount has done an excellent job of bringing this classic to DVD in time for Christmas, and fans of the big Hollywood musicals can rejoice.

Facts of the Case
Bob Wallace (Bing Crosby), a Captain in the army in World War II, was a successful singer before the war. He and Phil Davis (Danny Kaye) put on a holiday show to entertain their fellow troops, but because the popular and respected General Waverly (Dean Jagger) is being transferred, they make the show a tribute to him. Later during the show, Private Davis saves Wallace’s life when an attack knocks over a wall; in gratitude, Wallace lets Davis become his partner after the war. Their nightclub act is wildly successful, and they become television and theater stars. Davis incessantly tries to fix up Wallace with various showgirls, but the sober and driven partner has nothing to do with them. Things are about to change, as they check out a sister act in a Florida nightclub. The sisters (Rosemary Clooney and Vera Ellen) are looking for free advice, but Danny Kaye and Vera Ellen quickly see matchmaking opportunities. When the girls go to a Vermont ski lodge to entertain for the holidays, the guys come along, only to discover General Waverly is now retired and owns the inn. Unfortunately this is a warm winter, and the lack of snow threatens the General’s livelihood. There’s only one thing to do: put on a show!

The Evidence
As I’ve reported before, I’m not a fan of the typical Hollywood musical. Fortunately this particular musical doesn’t slip overmuch into the areas I most dislike: when someone should be talking and breaks into song instead, and the recipient of this song just smiles and acts as if this is normal. This happens a couple times, but largely the music is done in the context of a performance, which I don’t mind nearly so much. Many of the performances show amazing dance routines, and songs that fit well into the context of the film. Certainly Irving Berlin is one of the most well known composers in history, and his songs have endured the test of time. So in this case I can accept and respect the music in a musical, and even respect the film.

Though the plotline is a bit thin (more on that later), the film is well written with a lot of intelligent and snappy dialogue. There are quite a few good scenes where the various characters interact that give a sense of who they are and how they relate to each other. From the disciplined but sentimental General Waverly, to the good hearted but slightly larcenous Davis and Judy Haynes (Vera Ellen) there is a great sense of relationship and camaraderie between the main characters. Humor is sprinkled nicely throughout what is mainly meant to be a sentimental story.

There is an interesting dynamic in the casting of the film. Though director Michael Curtiz (much better known for having directed Casablanca) needed a pair of female leads who could sing and dance, he ended up with Vera Ellen, who was a fantastically talented dancer who couldn’t sing, and Rosemary Clooney, a noted singer who couldn’t dance. Clooney said in her interview on the disc “They could dub Vera’s singing; if they could have dubbed my dancing we’d have had a perfect picture.” Despite that problem, I think Curtiz did a fine job working around those weaknesses.

Paramount has been noteworthy for their commitment to anamorphic transfers and terrific soundtracks, but not so much for their extra content. They’ve done well in each category this time. This 46-year-old film doesn’t look brand new, but it looks great for its age. The beautiful Technicolor comes out with bright, rich reds, vivid blues, deep blacks and bright whites. The colors jump out of the screen as they must have done when it was first aired. I detected no bleeding or smearing in those colors. The picture is sharp, with a minimum of edge enhancement. There is a smattering of grain and some nicks and blemishes that escaped the cleanup effort, but that says nothing except this is indeed a 46-year-old film. I’m quite pleased with the image quality and the look of the picture.

Paramount really did things right on the soundtrack as well. Not only did they provide a new 5.1 remix, but restored the original mono track as well. This is the perfect way to handle these older films, where purists want the original sound and others want the best possible sound the format offers. For purposes of the review I stayed with the Dolby Digital 5.1 track. The track was quite clear, with surprising fidelity for such old source elements. The music sounds great, dialogue is clear, and there is a very low noise floor. That isn’t to say the mix is especially expansive; only the music gets much out of the center. On the other hand the music plays a large part in the film. I’m very pleased with the quality of the soundtrack.

The extra content isn’t up to the high standards of some studios, but for this non-special edition I’m pleased. The best of the lot is the 16-minute retrospective hosted by Rosemary Clooney. Since she is the only one of the main people involved still alive, she is uniquely qualified to offer her memories and input. Though a short feature, I felt it did an excellent job of speaking about the people involved and the making of the picture. It is fortunate that the feature was that good, since the commentary track, also by Rosemary Clooney, is much harder to sit through. On many occasions she offers interesting and informative commentary, but too often she sits quietly, merely pointing out an old friend in the cast, or just laughing at a funny scene. It was almost as if you were expected to hear the commentary before seeing the film rather than being a comprehensive information source for those who have. Still, I give credit to Paramount for even including a commentary track, especially on a disc not labeled a special edition. Hopefully this is part of a continuing trend for this studio, which belatedly joined the ranks of those providing meaningful extra content. Two theatrical trailers complete the package of bonus features.
The Rebuttal Witnesses

Though I have praise for many aspects of the film, I have to admit that if you strip it of the music and dancing that what you have left is a pretty thin and predictable plot. Two lonely people get thrust together and you have to wonder if they’re going to end up as a couple. There is no snow, threatening the ski lodge, but with a film called “White Christmas” the suspense of whether snow will fall is hardly overwhelming. Even the twists that come up in the middle of the film are mere window dressing without any real sense of concern. Basically what we have here is a nice, sentimental excuse for lots and lots of song and dance numbers. For someone who isn’t much of a fan of those big production numbers there isn’t a lot left to love. But fans of the Hollywood musical (for the moment disregarding the fact that these folks have seen the film a dozen times already) will love it.

Closing Statement
I really enjoyed the film despite not being a particular fan of musicals. I found the dancing especially entertaining, with Vera Ellen really standing out from the crowd. For fans of this Christmas staple, I see no reason not to recommend purchase of the disc. Some might just want to rent it during the holiday season, but I’m glad it’s on my shelf.

The Verdict
I have great respect for the stars and director of White Christmas, and release the film back to the public immediately. Paramount I also commend for their continuing progress on the extra features front while maintaining their standards of fine anamorphic transfers and soundtracks. Case is dismissed; it is time to have some eggnog and sit around the fire while the snow falls. 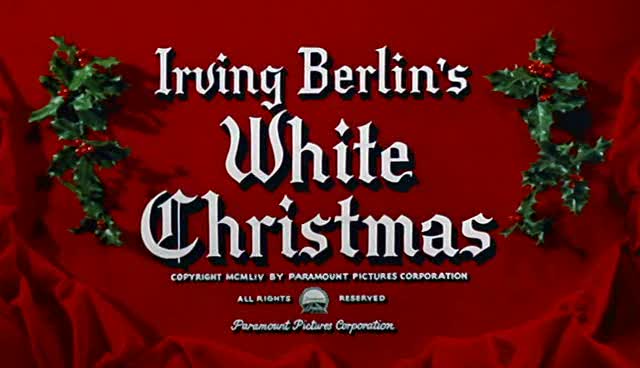 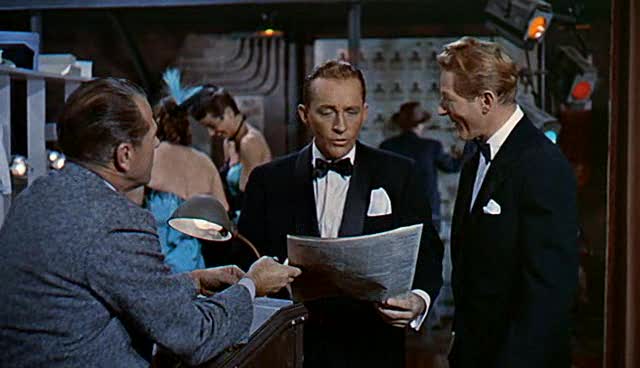 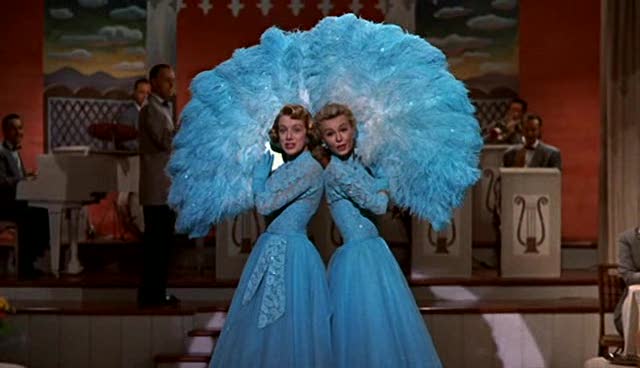 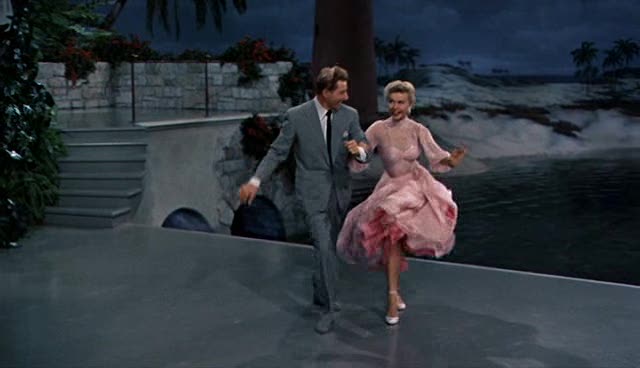 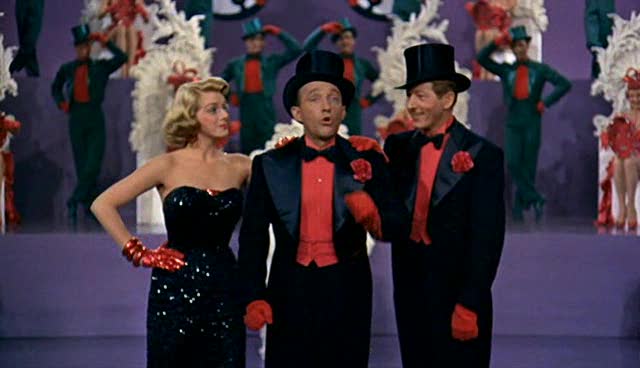 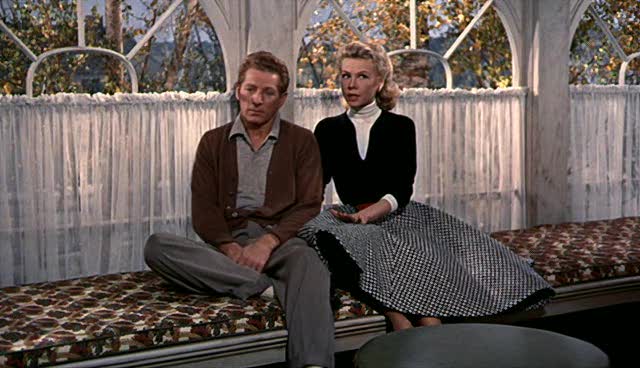 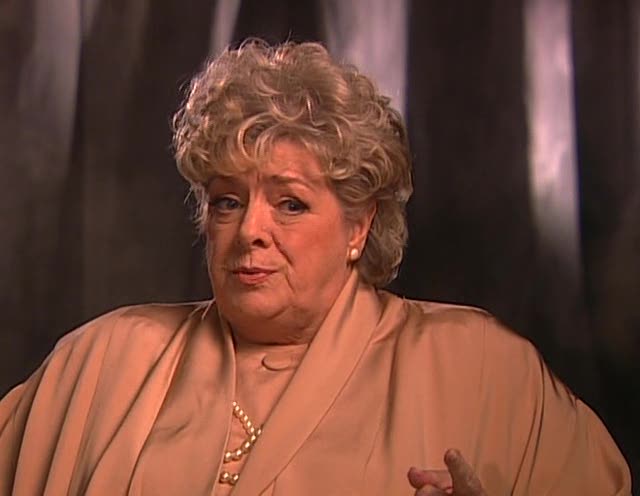