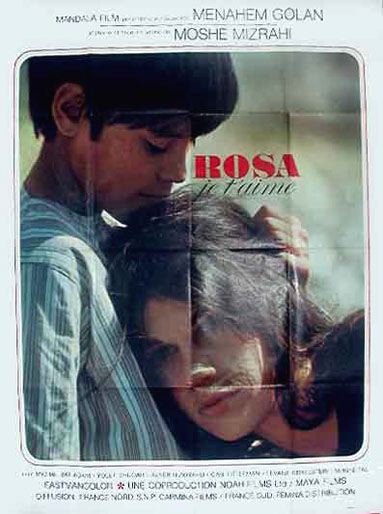 Here are some reviews:
from N.Y. times:
Although it is inspired by Old Testament law, “I Love You Rosa,” the Israeli-made nominee for an Oscar that arrived at the Little Carnegie yesterday, happily doesn’t exude the mustiness of a period piece. Despite a slow, measured pace and a soap opera note or two, this gentle but perceptive examination of a decidedly unusual affair that happens to be set in Jerusalem of the eighteen-eighties is as sentimental as genuine love and as up to date as the women’s liberation movement.

In dealing largely with an 11-year-old Jewish boy’s love for his young, widowed sister-in-law, Moshe Mizrahi, writer-director, sticks to his theme and avoids religious or distaff proseletyzing. He is a refreshingly professional craftsman who allows a viewer his own judgments.

His story, unfolded mostly through a flashback, derives from the tenets in Deuteronomy on the duty of a man to marry his brother’s widow as well as those involving the widow’s rights if she’s refused. Mr. Mizrahi’s sentimentality may be obvious but his deft use of his material and his principals is sensitive and multifaceted.

His hero, even under ancient law, is too young to marry, but he jumps at the chance to live with the sister-in-law he adores despite the opposition of his family and the taunts and attacks of friends and neighbors. And, as the drama’s strongest character, the resolute widow is maternally understanding in her affection, even in the face of the community’s heated criticism. When he does make love to her as a young man, a love she obviously reciprocates, she nevertheless rejects him as a husband. Eventually, he unselfishly releases her from her religious commitment. Women’s liberation? She, in turn, in a somewhat sudsy finale, does choose to marry him.

Michal Bat-Adam, a dark-eyed, brunette beauty (she also appears as a shriveled grandmother in the opening and closing sequence), is markedly persuasive as the stalwart Rosa who adamantly waits and achieves her rights and desires. Gabi Otterman is diffidently natural as the boy confused by love, sexuality and unbending religious requirements. And competent supporting players, among them Avner Chezkiyahu, as a compassionate rabbi, and Yosef Shiloah as the widow’s suitor and the boy’s employer, help enhance the bittersweet romance.

Color cameras have vividly captured ancient Jerusalem, and English subtitles make the Hebrew dialogue lucidly plain. “I Love You Rosa” may have evolved as naive, mawkish folklore but Mr. Mizrahi’s polished handling of his cast and subject makes them come alive in a simple, subdued and knowledgeable portrait.

and 2 reviews from imdb:

This film is one of the best written stories of the young Israeli film industry. Well acted, and a beautiful period piece showing life in Jerusalem in the 19th century. This was the last film that Menachem Golan and Yoram Globus produced in Israel before moving to Hollywood to found Cannon Films. On the strength of this movie they got backing for their new company. Michal Bat Adam is stunning as Rosa, a young widow caught in the web of ancient religious edicts. Great story! There IS a sub-titled version available, besides the dubbed version. I got my Hebrew version from Sifrutake in Brooklyn, NY

This Israeli movie is an oddity for me because I had always associated the Golan-Globus production team with obnoxious action films from the 1980s. You know, the sort of films where there are high body counts and a minimum is placed on dialog and character development. Their Cannon Films brought us such delights as SUPERMAN IV, MISSING IN ACTION I, II and III, KING SOLOMON’S MINES (1985), DEATH WISH III, American NINJA I and II, BREAKIN’ 2: ELECTRIC BOOGALOO, HOSPITAL MASSACRE and (ouch) THE APPLE. Clearly, the two film makers are NOT usually mistaken for great artists…though to assume that all their output was of such “less than subtle” fare is also a mistake. Clearly with ANI OHEV OTACH ROSA (“I Love You Rosa”) is a beautiful and very subtle film–the antithesis of my assumptions about their film making–a very happy discovery indeed.

The story is set in 19th century Palestine and involves the ancient rule from Deuteronomy that if a husband dies, his brother is obliged to take the widow as his bride and care for her. The problem with this is two-fold in the film. First, by modern times the practice had all but disappeared and was no longer seen as an imperative. Second, in the case of this story, the surviving brother is only about 12 years-old–a bit young for marriage to the adult Rosa.

Now this story could have been handled in an exploitational manner–with the curious and amorous young man struggling with his sexual impulses towards Rosa (who he had come to live with when the film began). However, his infatuation is handled very well–with a slow and deliberate pace that is quite beautiful and believable. This is NOT a May-December sex film like CLASS or MY TUTOR (uggh), but deals with the young man’s desires in a realistic manner. He does not, as a mere child, conquer Rosa and it does not become a titillating sex film–it is far, far deeper and more lyrical. However, there is the beginning of love and desire on Rosa’s part–but it is handled tastefully and in a decent manner, as both Rosa and Nissim are good people. After all, no normal person would want to see a film that glamorizes sex between a 12 and 22 year-old. However, there is desire and love between them. How can this be handled in a non-exploitational manner and still be a film you could probably let your kids see (even if this film has a bit of nudity)? Well, see the film for yourself.

Because the film has a lovely script, good acting and especially good direction, the slowness of the film can be excused–though those who prefer the Cannon-style films will probably hate this movie. Not surprisingly, it was nominated for the Best Foreign Film Oscar. It is a fine film and very rewarding if you are patient and appreciate its pacing and style. 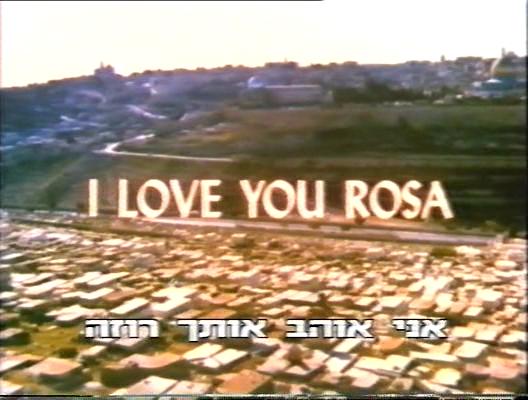 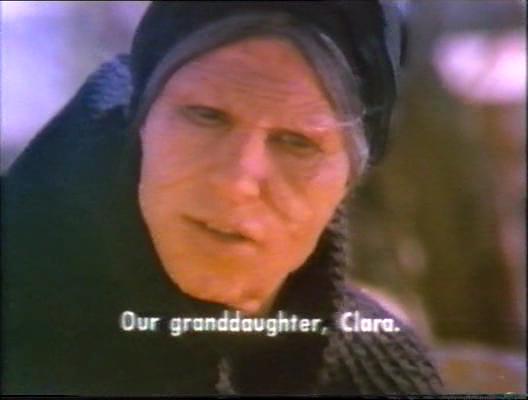 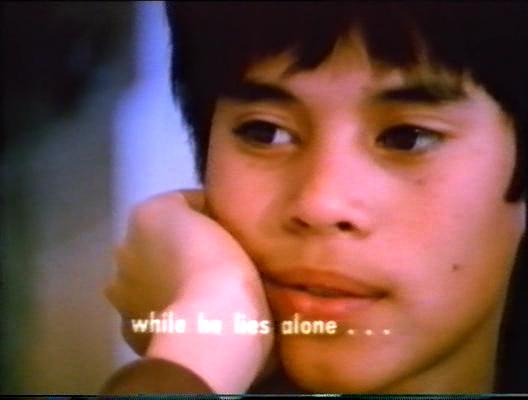 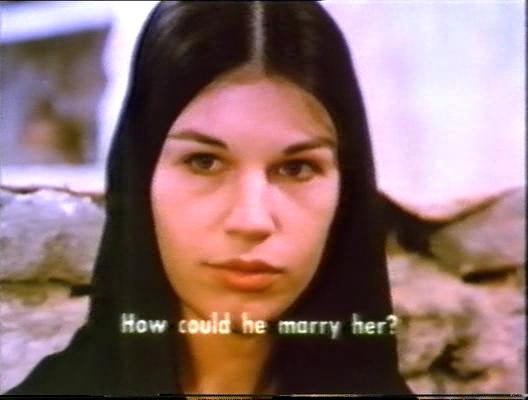 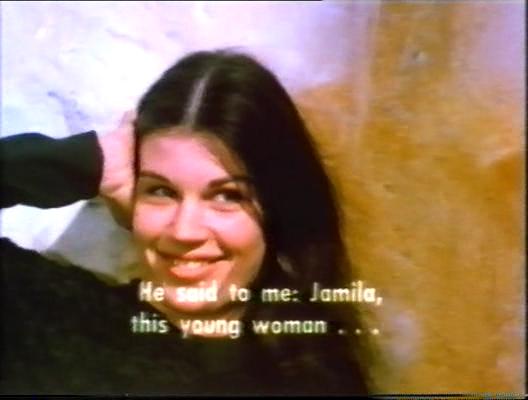 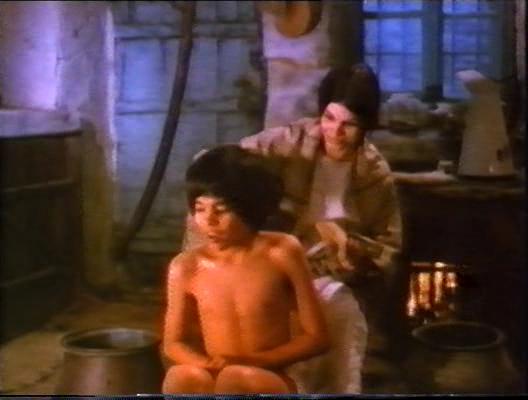 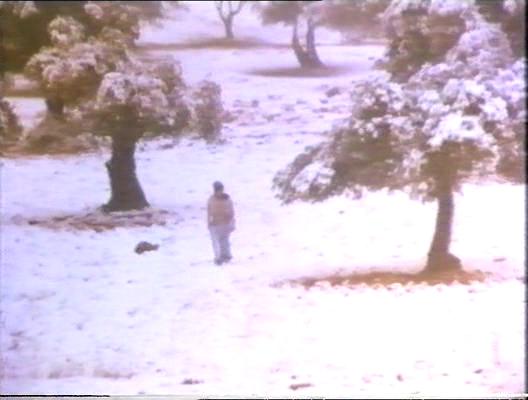