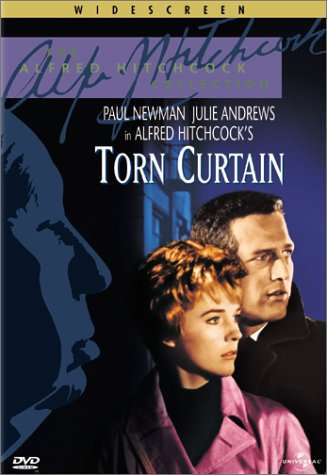 Quote:
A double agent has to contend with enemies on both sides of the political fence as well as the woman he loves in this hriller directed by Alfred Hitchcock. Prof. Michael Armstrong (Paul Newman) is an gifted American physicist who, at the height of the Cold War, decides to defect to East Germany. To his surprise, his fiancée, fellow scientist Sarah Sherman (Julie Andrews) follows him, and she soon discovers Armstrong is no traitor, but acting as a secret undercover agent. As Armstrong attempts to ingratiate himself with political and scientific factions in East Germany, Gromek (Wolfgang Kieling) becomes his guide, though Armstrong is aware he’s a government agent assign.