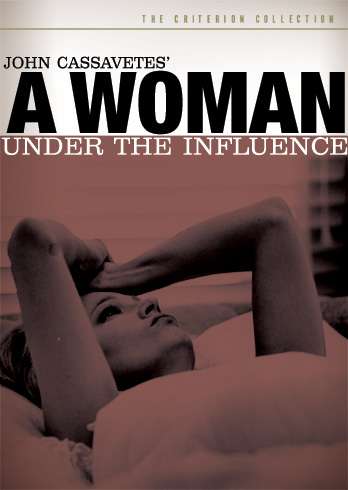 When a husband and wife need to keep saying how much they love each other, something’s apt to be awfully wrong. That nervous repetition is one of the danger signals in John Cassavetes’s “A Woman Under the Influence,” and it contains all the warning urgency of a siren. The movie played on Saturday at the New York Film Festival.

Throughout, the film dwells on the abrasions of daily living, centered in the domestic world where each individual grinds on the other’s nerves. Gena Rowlands plays a woman adrift. Her manic, likable, hard-hat husband (Peter Falk) quite hysterically keeps assuring her that everything’s fine. Meanwhile, she looks to him for her identity, asking him to tell her “what” to be, insisting that she’ll “be anything” he wants. Later, he punctuates a horrendous uproar by shouting “Just be yourself!” But she hardly has a self–beyond the bundle of symptoms that make up her hectic public persona.

Miss Rowlands unleashes an extraordinary characterization of a harried, anxious creature, who’s convinced that she “makes a jerk of” herself every day. (The actresses’ style of performing sometimes shows a kinship with that of the early Kim Stanley or the recent Joanne Woodward, but the notes of desperation are emphatically her own.) Despair lurks behind her smile–which often collapses suddenly–as she jabbers, hums or retreats to a little-girl manner. Pantomime is one of her defenses. She mugs with exasperation, working her jaw and rolling her eyes when she’s annoyed or throwing indignant punches into the air. When frenzy gives way to apology, her mouth tightens with resentment, which then yields to a miserable leer. With her three small children, she’s wildly demonstrative–she seems to be pleading for their affection; trying to be a fellow-child who plays their games.

A troubled person, yes, and certainly an insecure one. But she doesn’t seem sick or crazed enough to justify the crack-up that’s awaiting her, nor to spend six months in a sanitarium. And that’s the hitch in the movie: you can’t really tell how the director regards this character. Mr. Cassavetes is unquestionably sympathetic to the rootless state of the middle-American housewife. (Moreover, the hospitalization is meant to seem like a betrayal by the husband.)

But–perhaps unintentionally–he has made the man appear much crazier than his wife; are we supposed to assume that his frantic nature has driven her over the edge? Or are we meant to see madness as contagious? Ultimately, the essential problems of this woman remain unclear: we’re shown her behavior, but not what inspired it.

The movie is also a study in embarrassment–since that’s the dominant emotion shared by everyone who encounters this head-long person. There’s also a conscientious effort to show a continuing relationship, but the picture doesn’t touch a common nerve in the way that Ingmar Bergman’s “Scenes From a Marriage” does–because a number of moments that could be moving or touching are made to be farcical.

Peter Falk gives a rousing performance as the man who lives at a perpetual bursting point, and the children are very well directed. But the movie didn’t need to be 2 hours and 35 minutes long: there’s too much small talk, which doesn’t really reveal character. Still, the most frightening scenes are extremely compelling, and this is a thoughtful film that does prompt serious discussion. 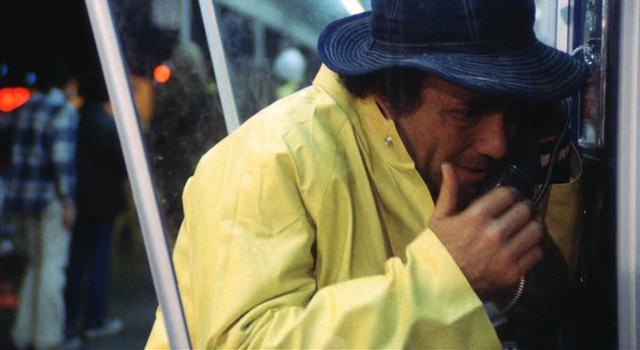 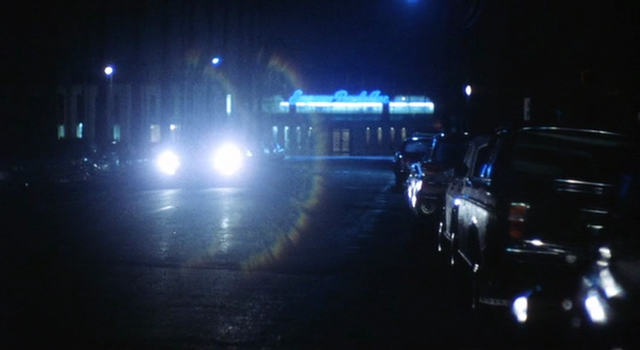 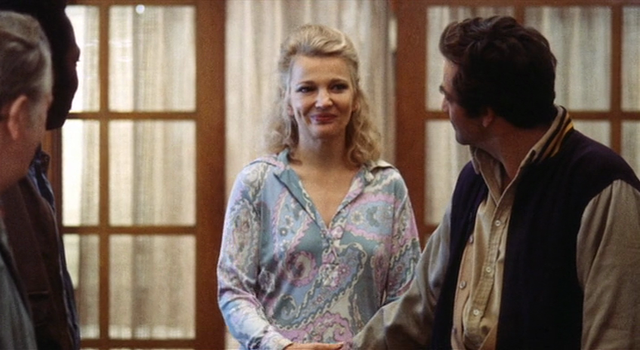 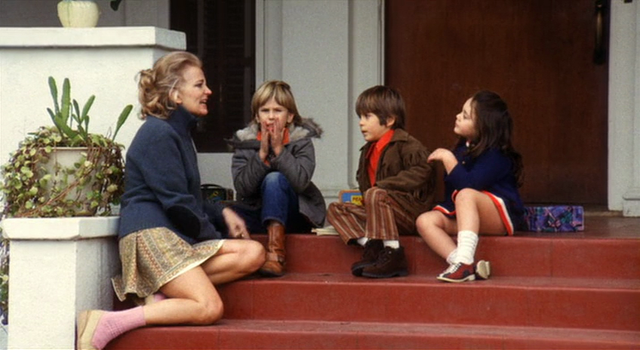 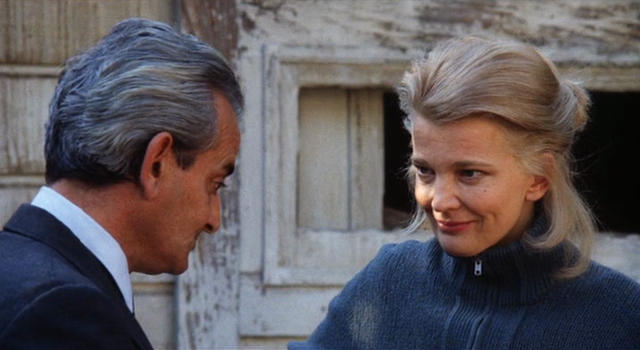 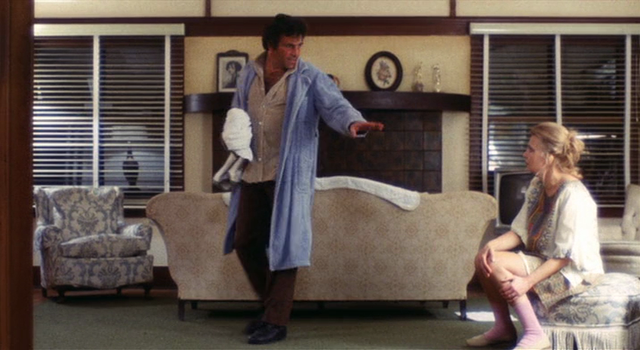