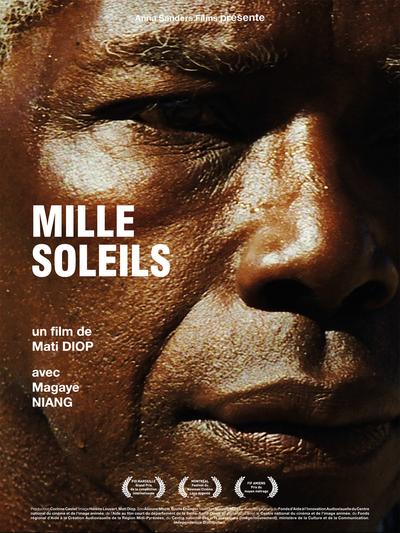 Quote:
The film accompanies Magaye Niyang, a star of Touki-Bouki, a 1972 classic directed by her own uncle Djibril Diop. Following this path, we are witness of Niyang travel to a special screening of the film, which has a public release in his old town. Niyang seems detached and with a heavy longing from the past, and therefore, the film debris permeates everything with unescapable sorrow and fascination.

Diop film is, first and foremost, a nostalgic travel through memory, time and recreation. It is also a watermark in contemporary experimental documentary, a very intimate portrait of a lost long journey through the past that isn’t returning anymore, a detachment of rejected fame, recognition and connection which is heavily grounded on a legacy that belongs to the past, and that connects directly to a country (Senegal) and its heritage, which is sometimes feel excruciating for the old ones (a testimony such as the taxi scene in the film, where the cab driver longs for changes, and claims that the old generation had done nothing for that).

Mille Soleils (A Thousand Suns) and, in itself, Mati Diop’s crucial talent, should be a point of reference into what could easily be one of the most interesting proposals of hybrid documentary cinema which has come from France, and which deals with a strong African heritage. Since 35 Rhums, where she proved her actress talent, Diop seems like a true promise for the following years of cinema. 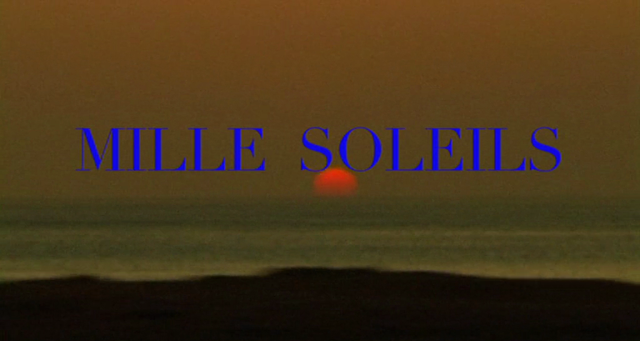 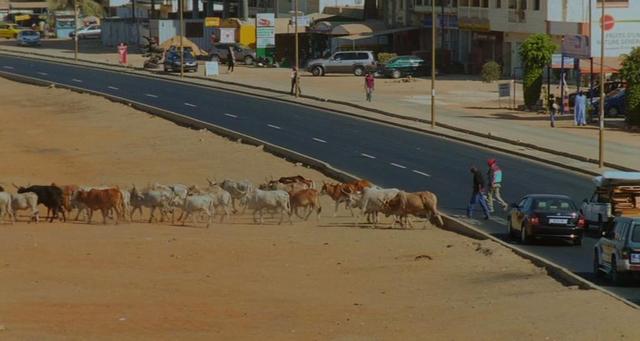 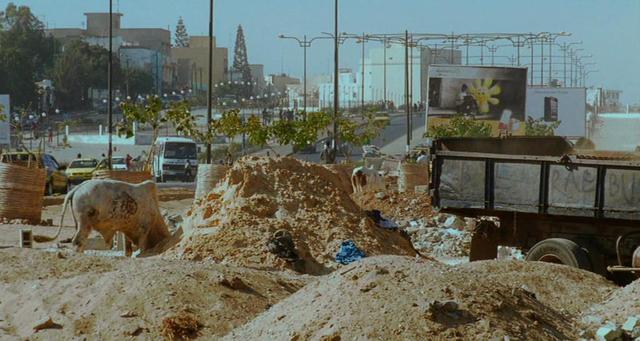 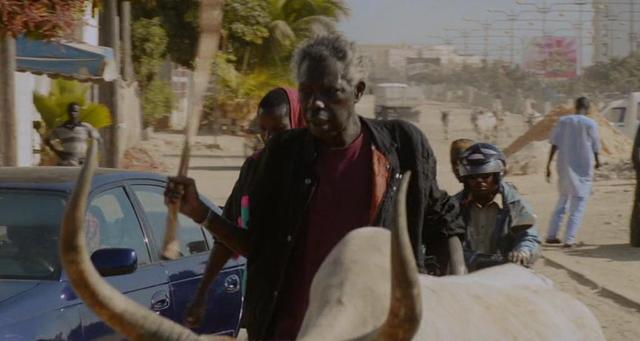 “This fever is a nightly invader that strikes the patient during deep sleep. He jumps off his bed and runs to the bridge. There, he believes seeing beyond the waves, trees, forests, flowered meadows. His joy erupts in thousand exclamations. He experiences the most burning desire to flow into the ocean.” — Atlantiques

“You don’t have a home until you leave it and then, when you have left it, you never can go back.” — James Baldwin, Giovanni’s Room

“I think I’ve heard this song before.”

“Sure. And you will hear it again. There will always be somewhere to sing you this song.” — Mille soleils

While the waves, awesome and terrifying, are continuously invoked, even summoned, throughout the entirety of Mati Diop’s breakout short film Atlantiques (2009), the ocean is shown only once, under the title presumably bearing its name. Its mysterious pull, its promise of both life and death, its magnetic glimmer at night remain lodged in our imagination, as the sound of crashing waves becomes accompaniment for a mythic tale told around the crackling embers of a burning fire, where young men gather to relate their life-threatening attempts to reach Europe on a pirogue. Inspired by the real-life experiences of young African men who have made or contemplated such perilous journeys, Atlantiques renders its subject in elliptical fragments, within an abstracted spatio-temporal realm charged with a mournful yet restlessly hopeful intensity. With astonishing economy, Diop creates in a mere 15 minutes a sensual, intimate, seemingly timeless tone poem about friendship, family, identity, fear, courage, and longing—in another word, exile. And even as death haunts her hushed fever dream, the film gently refutes the idea of finitude with its seductive glances and hovering resolve.

Now five short and medium-length films (and a number of artist videos) into her career and with a feature film on the way, Diop has clearly emerged as a major cinematic talent, one whose unorthodox style has surprisingly garnered an impressive collection of awards along the international film festival circuit. Why surprising? Because barring certain exceptions (the Apichatpalme, or the Locarno winners, for example), such nonconformity is rarely recognized in such large forums, and certainly not consistently. Diop’s films radically challenge and upend standard narrative construction—their mid-length running times alone suggest a rhythm and pace at odds with convention—and aside from the 2011 Snow Canon, which was shot on 35mm with a professional cinematographer, her work can appear both coarse and fragile to eyes increasingly accustomed to homogenous high-definition. Porous but never poor, her images create textures and sensations that trace or partake of the inner conflicts of Diop’s characters, transforming tangible places into metaphysical microcosms: Atlantiques’ transcendent flickering campfire somewhere in Africa; a hot-box luxury chalet in the foothills of the Alps in Snow Canon; a verdant suburban Marseille in Big in Vietnam (2012) that surprisingly melds into an urban, nocturnal transcontinental drift; a dusty road in Dakar whose onscreen mise en abyme magically leads to the misty snowscapes of Alaska in her most recent and most ambitious film yet, Mille soleils.

Beautifully inscrutable, Diop’s films are exceedingly personal, drawn from memory, experience, and chance encounters. Drifting and dreamy, they proceed (sometimes haphazardly) like phantasms of the mind, travelling over bodies that are magnetically drawn together—“the triumph of the flesh,” as Diop once put it—whether it be for comfort or lust (or especially the interstice where the two meet), or in order to access distant lands (“the life faraway,” reads a tattoo on the arm of the karaoke singer in Big in Vietnam) that are remembered, yearned for, or fancifully concocted. As if enveloped by a flushed, hallucinatory heat, her films emanate steam even in cold climes. Above all, they are nakedly human, peopled by characters who are fearful yet resolute, consumed by desire and full of gumption, who ultimately interrupt the seemingly helpless flow of their lives by taking risks, by fleeing, by exercising their intuition and, most importantly, by being vulnerable in their solitude. 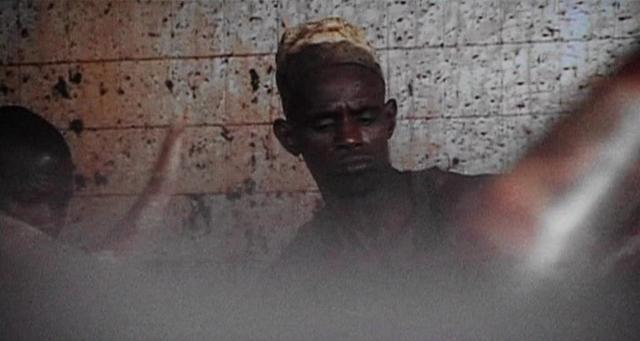 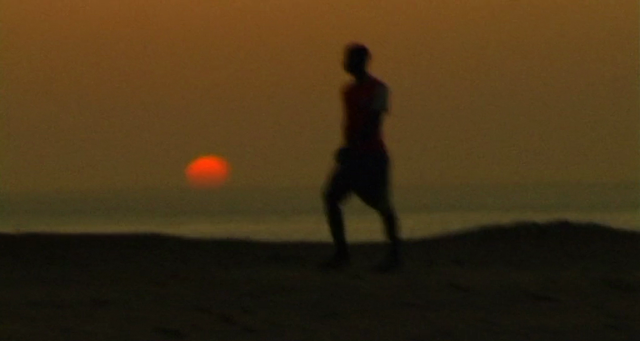 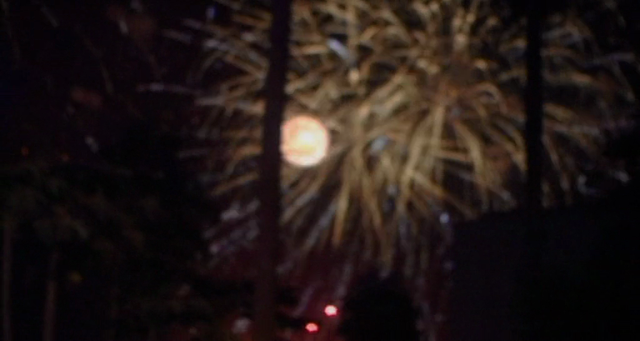